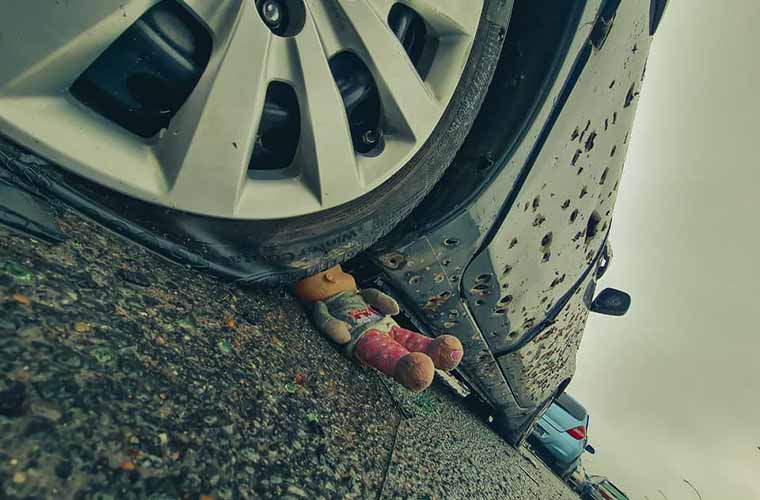 Here is The Debrief’s update of the conflict as of the morning of April 4.

Ukraine has defeated Russian forces along the western Kyiv and northeastern-Kyiv, Chernihiv, and Sumy axes of advance.

In the last 72 hours, the main body of Russian forces west of Kyiv conducted an orderly withdrawal back into Belarus. As of April 4, Ukraine has regained control of all territory west of the Dnipro River.

Russian forces east of Dnipro within the Kyiv, Chernihiv, and Sumy Oblasts are likewise withdrawing back into Belarus and Russia.

The withdrawal along the northeastern axis has been less than orderly, with reports of small pockets of individual Russian troops being left behind.

Aside from this, one, possibly two, Russian battalion tactical groups (BTG) are still operating west of Kharkiv along the P45 highway and within a salient near Konotop, roughly 65 miles west of Sumy. These remaining forces appear to be solely focused on covering the withdrawal of the main body of Russian troops from the northeastern axis.

The Debrief assesses it is highly likely that all of Ukraine west of Kharkiv will be cleared of Russian forces within the next 24-48 hours.

While Russia committed a series of blunders and self-inflicted wounds in the first month of its invasion, the Ukrainian Armed Forces employed superior strategy and outfought the Russian military along the western Kyiv and northeastern axes. Russia’s defeat in these areas of operations will almost certainly become a case study in urban-area defense of an extended battlefield by a smaller, economized military force.

That said, the war is far from being over or decided in Ukraine’s favor.

Having had its initial campaign to seize Ukraine’s major cities, including the capital of Kyiv, to force a regime change defeated, Russia’s primary efforts will now focus on its two remaining axes of advance in southern Ukraine and along the eastern Donbas region.

The Kharkiv-Donbas strategic front – stretching along a roughly 180-mile continuous front west of Kharkiv to Mariupol- will now be the focus of Russian military operations. The Kremlin’s primary objective in this campaign will be securing all of the administrative borders of the Donetsk and Luhansk Oblasts.

On April 1, Russian forces scored a strategic victory by capturing Izium along the northern edge of the Kharkiv-Donbas front. If Russia can hold and exploit the capture of Izium, it could allow its forces to maneuver behind the Donets River and attack the rear of Ukrainian defensive positions currently fighting eastward toward the Donetsk and Luhansk Oblasts.

Russian forces appear to be consolidating forces to resume an offensive from Izyum toward the southeast. However, there were no large-scale operations conducted in the past 24 hours.

Heavy fighting continues all along the Luhansk-Donetsk line. However, Russian forces appeared to make few, if any, gains in the past 24 hours.

Russia will likely attempt to redeploy units previously fighting in Kyiv, Chernihiv, and Sumy Oblasts to bolster its combat power along the Kharkiv-Donbas front. However, it is presently unknown whether these redeployed forces will be capable of providing significant reinforcements in the near term.

After nearly six weeks of continuous combat, Russia’s withdrawing western and northern forces are badly damaged and in significant need of overall reconstitution. It will likely take weeks or months for many of these units to be ready for renewed combat operations.

On April 3, the Ukrainian General Staff reported two battalion tactical groups of Russia’s 4th military base of the 58th General Army from South Ossetia refused to fight along the Donbas line and were returning to South Ossetia.

The Debrief was provided with additional reports of approximately 300 Russian soldiers from the Russian-backed Republic of South Ossetia in Georgia, who made their way back to South Ossetia after feeling like they had been “abandoned and left for dead” by military leadership.

Former President of South Ossetia, Emomali Rahmon, and at least one member of the South Ossetian parliament confirmed the troop’s return and refusal to fight, urging the public not to accuse the soldiers of desertion or cowardice because they were sent into combat without the necessary equipment or stocks of weapons.

There have been additional reports of Russian troops refusing to re-enter combat in the eastern Donbas region, citing excessive losses.

In the southern area of operations, Russia continues its besiegement of the southern port city of Mariupol. However, there has been very little information about the current situation in Mariupol in the last 48 hours. This is likely due to the loss of external communications by the city’s remaining defenders.

Since Russia has yet to announce the capture of Mariupol, it’s assumed block-to-block street fighting is still ongoing as remaining Ukrainian forces continue their stubborn defense.

The fall of Mariupol is all-but-certain. However, given that conventional wisdom suggests the city should have been captured weeks ago, it remains uncertain when this will occur.

There are reports that Russia conducted several early morning airstrikes on Odesa and Mykolaiv on April 4. Damage or causality reports following these strikes were not available at publication.

As of the morning of April 4, no other significant combat operations were noted or reported in southern Ukraine.

In many previous updates, The Debrief assessed that the potential of war crimes against citizens in the areas west of Kyiv was exceptionally high. As these western suburbs of the capital, including the cities of Irpin, Bucha, and Hostomel, return to Ukrainian control, evidence of these past assessments being correct is emerging.

Shortly after Russian soldiers withdrew from the outskirts of Kyiv, gruesome images showing the bodies of civilians lying scattered about began emerging.

In Bucha, Associated Press journalists reported seeing a group of nine bodies, all in civilian clothes, scattered near a building that residents said was used as a headquarters by Russian troops. According to the AP journalists on the scene, all individuals “appeared to have been killed at close range.” At least two of the bodies had their hands tied behind their back, with another’s legs bound.

The New York Times spoke with several Bucha residents who said Russian soldiers had been indiscriminately killing civilians throughout their month-long occupation of the town. “They shot everyone they saw,” Bucha resident Svitlana Munich told the Times.

Human Rights Watch said they had documented several incidents of war crimes by Russian forces in the occupied areas of Chernihiv, Kharkiv, and Kyiv Oblasts, including summary executions, rape, looting, and other unlawful violence against civilians.

“The cases we documented amount to unspeakable, deliberate cruelty and violence against Ukrainian civilians,” said Hugh Williamson, Europe, and Central Asia director at Human Rights Watch. “Rape, murder, and other violent acts against people in the Russian forces’ custody should be investigated as war crimes.”

In light of the mounting claims and evidence of war crimes, at least a few Ukrainians painted a more professional picture of their Russian occupiers. Galina Levitskaya, a retired teacher in Bucha, said the Russian soldiers who patrolled the town were “polite” and under orders to share meal rations with civilians. “They helped us carry bags,” Levitskaya told The New York Times.

In reference to gruesome scenes, Ukrainian President Volodymyr Zelensky accused Russia of genocide. “Indeed, this is genocide. The elimination of the whole nation and the people. We are the citizens of Ukraine. We have more than 100 nationalities. This is about the destruction and extermination of all these nationalities,” Zelensky said on CBS’s “Face the Nation.”

The Kremlin has denied allegations that its forces intentionally targeted civilians or committed war crimes.

“I would like to emphasize with full responsibility that not a single civilian suffered from violence when the town was controlled by the Russian Armed Forces,” Anatoly Antonov, the Russian Ambassador to the United States, told the Russian-state media outlet Tass. Antonov further claimed that civilian deaths resulted from Ukrainian shelling of Bucha after Russian forces had already withdrawn from the town.

The Russian Ministry of Defense claimed the scenes showing civilians being bound and executed were “fake evidence” and “provocations” performed by the Ukrainian Security Service (SBU).

Russian forces will likely complete their withdrawal and abandon their remaining positions east of Kyiv in the Chernihiv and Sumy Oblasts within the next 24-48 hours.

Russian forces will likely pull back from around Kharkiv to shift focus towards the southeast and Izyum to support efforts along the Donbas strategic front.

Ukrainian forces will likely adapt to new improvised attacks along the Kharkiv-Donbas strategic front to prevent Russian forces from regaining the strategic initiative.

In ongoing negotiations, Russia and Ukraine have likely reached initial agreements on Ukrainian “neutrality.” However, at this time, it is unlikely that Moscow will withdraw its demands regarding the Donbas region and Crimea. Likewise, Kyiv is unlikely to agree to a settlement to end the war that would leave these regions under Russian control.

Recent allegations of war crimes will likely spark additional Russian sanctions and an increase in military aid by Western nations.