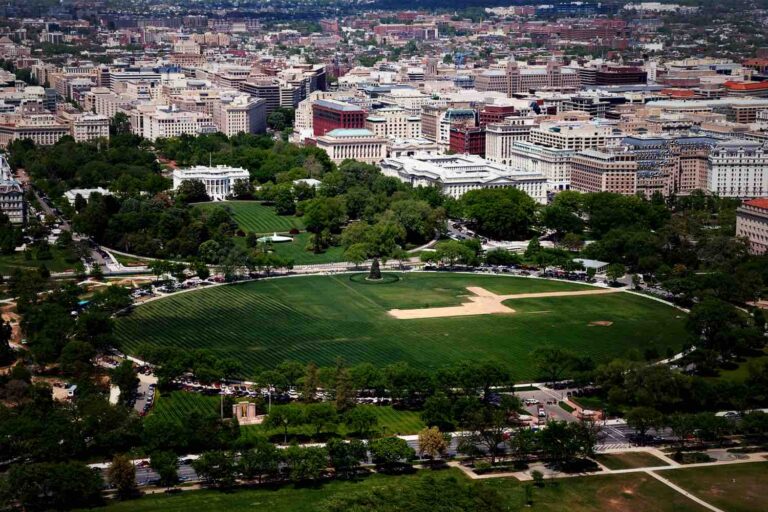 A series of invisible attacks, described as similar to those which reportedly targeted Department of State (DOS) employees in Cuba and China beginning in late 2016, have now been reported in Washington DC and elsewhere on American soil according to sources familiar with the incidents.

One of the attacks reportedly occurred close to the White House last November, according to multiple sources who told CNN that the incidents are currently under investigation.

One of the incidents, which occurred near the south side of the White House at President’s Park South, also known as the Ellipse, reportedly sickened a National Security Council official with symptoms similar to those described by U.S. personnel during separate incidents at U.S. embassies beginning in 2016.

Another incident, first reported by GQ last year, occurred in a Virginia suburb in 2019, involving a White House staffer who had been walking her dog when she was stricken with a sudden headache, ringing ears, and a tingling sensation on the left side of her face.

News of the incidents arrives just days after a briefing before the House Armed Service Committee by Defense Department officials about increasing concerns over the vulnerability of U.S. troops to directed energy attacks in the Middle East and in countries like South America.

According to Politico, the Defense Department officials who provided the briefing pointed to Russia as being the suspected source of the attacks. However, the possibility of Chinese involvement has not yet been ruled out, and no conclusive links to any state actors have yet been made.

Last December, The Debrief reported on new evidence that the use of directed microwave radiation had likely been the cause of the incidents that have now affected several U.S. personnel in various places around the world. Despite the apparent concern, slow official response to the issue, paired with lingering skepticism in the medical community, has resulted in little progress as far as providing care for American victims of the alleged directed energy attacks.

“This is not science, but science fiction,” UCLA neurologist Robert Baloh told BuzzFeed last year. Baloh is coauthor of the book Havana Syndrome: Mass Psychogenic Illness and the Real Story Behind the Embassy Mystery and Hysteria, which cites a number of historical examples of mass hysteria episodes and psychosomatic conditions which bear some similarity to the symptoms described by embassy personnel suspected of being attacked in recent years.

University of Pennsylvania bioengineer Kenneth Foster also told Skeptic last year that the microwave weapon theory “is just a totally incredible explanation for what happened to these diplomats,” adding that it was “just not possible.”

Former CIA agent Marc Polymeropoulos would probably disagree. “There is a lot of incredible unease and disgust with the Agency leadership and the Office of Medical Services on this issue,” Polymeropoulos told GQ in 2020. After the curious onset of headaches and other symptoms that he began to experience during a visit to Moscow several years ago, Polymeropoulos now believes that he was also the target of some variety of directed energy attacks.

According to a Consensus Study Report of The National Academies of Sciences, Engineering, and Medicine released late last year, symptoms that include dizziness, cognitive conditions, and other unusual symptoms are believed to result from exposure to pulsed radio frequencies. According to the 2020 report, “the committee felt that many of the distinctive and acute signs, symptoms, and observations reported by DOS employees are consistent with the effects of directed, pulsed radio frequency (RF) energy,” noting that other studies published over the last several decades appear to “provide circumstantial support for this possible mechanism.”

At the time of its publication, its authors were “concerned about the possibility of future new cases among DOS or other U.S. government employees working overseas, either similar or dissimilar to these, and the ability of the U.S. government to recognize and respond to these cases in a coordinated and effective manner.”

A similar study in 2018 also found that such incidents “appear consistent with pulsed [radio frequencies and microwaves] as the source of injury in affected diplomats.”

Astronomers Discovered A Weird “Void” In Space, and It Has A QR Code.


Go get your phone right now!

If Russia or some other nation did turn out to be responsible for the attacks, it would not be the first time U.S. officials had suspected such activity from foreign adversaries. An unclassified Defense Intelligence Agency report from March 1976 found that Russia and other countries had been “actively involved in evaluation of the biological significance of radiowaves and microwaves,” noting concerns about the possibility that the militaries of such countries might “operate without restriction and thereby gain the advantage in electronic warfare techniques and the development of antipersonnel applications.”

While opinions about the source behind the possible directed energy attacks—or even whether they exist—continue to be debated by many medical professionals, David A. Relman, Chair of the committee that investigated the illnesses in 2020, wrote last year that it is “imperative that the United States recognize and quickly respond to future cases with a well-coordinated, multi-disciplinary, science-based investigation and effective interventions.”

Relman and his colleagues stated in their report that they remain “concerned about how best to manage the continuing care of those already affected, and how to strengthen the nation’s commitment to the health and well-being of those who serve the country overseas.”

“Both of these priorities need and deserve additional attention and resources,” Relman said.