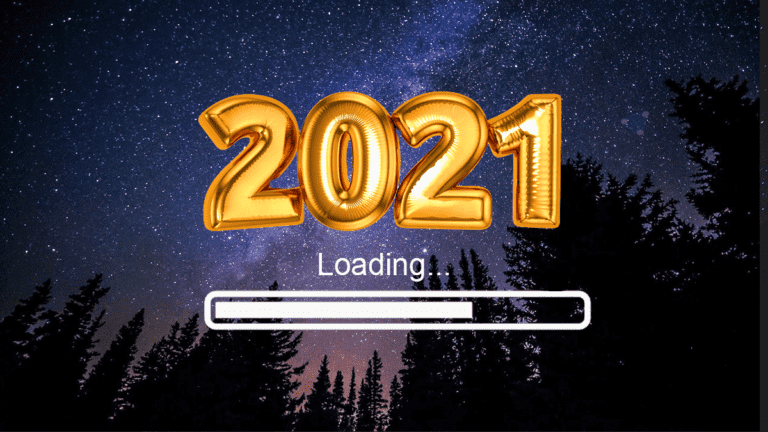 Farewell 2020: Five Cosmic Stories We Didn’t Cover But Wish We Had

To be blunt, 2020 was a terrible year. However, it had some pretty interesting scientific breakthroughs and wild space stories that we at The Debrief just could not get to. As we say “farewell to 2020,” and welcome 2021 with open arms, here are five cool space stories we missed and wish we hadn’t.

Exoplanet-Hunting Mission is a Go

In early December, the European Space Agency (ESA) announced that its exoplanet mission, Ariel, was no longer just an idea on the chalkboard, but that it was moving forward with full implementation. Set to launch in 2029, the Ariel mission is to determine the conditions for planet formation and the possible emergence of extraterrestrial life. Ariel will study these exoplanets by surveying approximately 1,000 planetary atmospheres in both visible and infrared wavelengths. According to an ESA press release, “This will fill a significant gap in our knowledge of how the planet’s chemistry is linked to the environment where it formed, or whether the type of host star drives the physics and chemistry of the planet’s evolution.”

The 2029 launch will take place in Kourou, French Guiana, using the ESA’s Ariane 6 rocket. In the press release, ESA’s Director of Science, Günther Hasinger, stated, “Ariel will enable planetary science far beyond the boundaries of our own Solar System. The adoption of Ariel cements ESA’s commitment to exoplanet research and will ensure European astronomers are at the forefront of this revolutionary field for the next decade and well beyond.”

In October of 2020, astronomers and astrobiologists out of NASA announced that they had detected the highly rare carbon-based molecule, cyclopropenylidene (C3H2), in the atmosphere of Saturn’s mysterious moon, Titan. The highly reactive molecule exists on Earth only under laboratory conditions. It is so rare that it has never been detected anywhere in the solar system and could only remain stable in the depths of interstellar space.

The first discovery of C3H2 occurred in 2016 by planetary scientist Conor Nixon. Using the Atacama Large Millimeter Array (ALMA) to observe the atmosphere of Titan, he detected an unknown chemical signature. Nixon and his team used a chemical profile database and positively identified the signature as C3H2. But why it appears on Titan and nowhere else in the solar system remains a mystery. But scientists are steadily exploring the possibility of life on Titan. In an interview with Science Alert, geologist Rosaly Lopes of NASA’s Jet Propulsion Laboratory stated: “We’re trying to figure out if Titan is habitable. So we want to know what compounds from the atmosphere get to the surface, and then, whether that material can get through the ice crust to the ocean below because we think the ocean is where the habitable conditions are.”

Astroid-Dodging Technology Could One Day Save Earth

On December 2nd, 2020, scientists at the Riga Technical University in Latvia announced that they were working on a new technology that could someday stop asteroids from causing both minimal and catastrophic impact to Earth. The scientists are working under a start-up company known as Eventech. The technology is currently being used to track satellites using high-precision timers. Eventech went on to win a contract with the European Space Agency (ESA) to develop timers that will eventually study the re-direction of asteroids.

NASA has plans to launch the Asteroid Impact and Deflection Assessment (AIDA) in July of 2021 through SpaceX. The camera-carrying probe will smash into the Didymos asteroid and attempt to send it off its current course.

In a follow-up mission, Eventech’s timers will be launched to determine the first mission’s outcome. In an interview with Agence France-Presse, Eventech engineer, Imants Pulkstenis, stated that “Our new technology that will follow on the second ESA spacecraft named HERA will measure if the first impact steered the kilometer-sized Didymos off its previous course, avoiding harm to humanity.”

While there are many challenges for this technology in deep space, Pulkstenis remains very optimistic.

“There is no GPS data coverage available on other planets, so you have to take your own precision ranging with you. Our updated technology has to withstand extreme temperatures in space and extreme cosmic radiation. It’s a fun challenge,” Pulkstenis stated.

A challenge that many scientists, specifically those at Riga Technical University, are ready to take on, especially if it means saving the Earth from a deep-impact catastrophe.

Moon Mark, a Nevada-based education and entertainment company, is planning to deploy autonomous rovers to the Moon in late 2021 to host the first-ever remote-controlled car race in space.

Moon Mark has partnered with Lunar Outpost, an aerospace technology company, to build four-wheelers that will be stored onboard a spacecraft designed by Intuitive Machines and launched as part of the Falcon 9 Rocket payload by Space X, and guided to the lunar surface by the Nova- C Lander spacecraft. Once the rovers have landed on the moon, those back on Earth competing in the event will race the four-wheeler rovers around a pre-determined track. A large cache of cameras will follow the action, broadcasting back to Earth.

A Human-Made Barrier Surrounds the Earth

This story was initially reported in 2017, but its impact continues and has intensified immensely in the past few years. Back in 2017, NASA space probes detected an enormous human-made ‘barrier’ around Earth. And after various weather-related tests, it has become clear that this barrier affects space weather beyond the atmosphere. So not only have our activities on Earth shown a drastic change in climate, but our influence is reaching the outer atmosphere as well.

As far as scientists can tell, this “bubble” around the planet is helping us. In 2017, the Van Allen Probes sent out to monitor the radiation belts’ activity discovered that hazardous solar discharges were being pushed away from the belts by a low-frequency barrier. Very low frequency (VLF) is a type of radio transmission, and NASA has confirmed that it can influence particles in space.

In an interview with Science Alert, Phil Erikson, a research scientist from MIT Haystack Observatory, stated, “A number of experiments and observations have figured out that, under the right conditions, radio communications signals in the VLF frequency range can, in fact, affect the properties of the high-energy radiation environment around the Earth.” VLF signals were never intended to leave Earth’s atmosphere, but it appears they’ve been leaking out into space for almost sixty years now. Oddly, they have formed a protective bubble around the planet. NASA will continue to monitor the pushback of this barrier. They will also study the long-term effects it will have on the Earth and perhaps even understand and predict space weather more accurately.