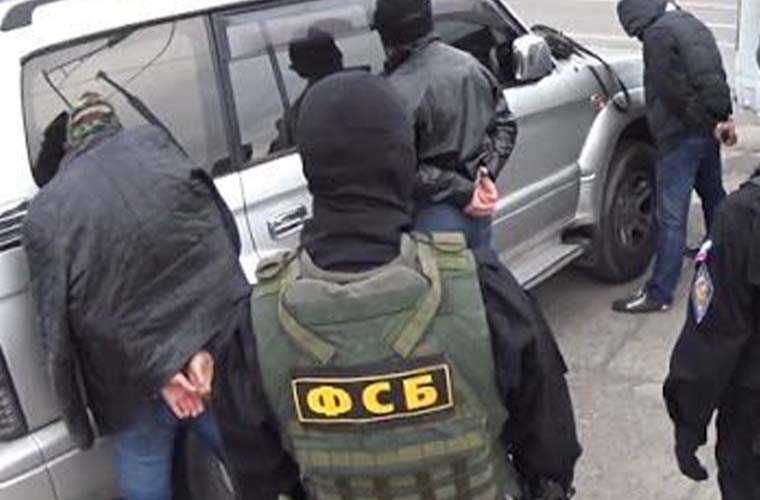 No, this is not the line from a bit by Abbott and Costello. Based on intercepted phone conversations, this slightly confusing, yet amusing series of events appears to have actually occurred in the Russian-occupied region of Kherson.

Aside from being a chuckle-worthy episode of “Comrade! Where’s my car?” the incident offers subtle evidence that Russian forces continue to struggle with supply and logistics issues in its invasion of Ukraine.

The phone conversation, which was intercepted by Ukraine’s Security Service (SVU), begins with two Russian military officials angrily discussing the loss of an unspecified vehicle.

“Search them! Phones! Undress them! Fucking look,” one of the men barks in Russian before being interrupted. “What… What’s the point! Fucking search for what? We found the stolen car,” the soldier on the other end of the line interjects.

Elaborating on where the stolen car was found, “Faces took it! Fucking dickbags,” the soldier fumes. “Faces” is a slang term from Russia’s Federal Security Service or FSB.

“Yes! [FSB said] ‘This is our car, and we’re taking it.’ And what the fuck! It’s a stolen car! It was us who stole it! And… and… and you can’t do anything to them (FSB),” the second soldier explains.

“Faces? Right?” the first soldier asks, seemingly struggling with the fact that the chief successor agency to the Soviet Union’s KGB has appropriated the already stolen car. “Yes! Faces!” the other soldier replies.

In another ironic twist, the first caller explains that the stolen car was supposed to be given to a newly appointed “Chief of Police” in the Kherson region, currently under Russian occupation.

“Well, look… this man, they are going to appoint him to… eh… police chief tomorrow.”

The second Russian soldier can’t contain his astonishment that the now twice stolen car was earmarked for the new Kremlin-ordained chief of police.

“Are you driving a stolen car?” the soldier says mockingly. “Oh, no problem… but what the fuck! Fucking chief of police!”

“Well, now there’ll be such anarchy,” the first soldier mutters in defeat. “But what you told me today. I’ll tell them everything.”

“Okay,” the second soldier sardonically replies after a long pause.

For as long as there has been war, soldiers have procured supplies and materiel by less-than-official means.

Moreover, during times of conflict, the pillaging of precious goods from fellow troops, as opposed to the looting of the enemy, is far more common than one might assume.

Admittedly, however, Russia’s plan for providing a newly appointed chief of police with a stolen vehicle as their patrol car does offer a unique twist to the age-old practice of battlefield procurement.

Thanks to the information age and items like cellphones, conflict in the 21st Century allows for amusing anecdotes like FSB stealing an already stolen car from the Russian military to be permanently recorded amongst the typically somber reflections of war.

Aside from being an ironically humorous incident, the fact that FSB, the Russian military, and evidently the newly appointed chief of police all had to rely on stealing to increase their respective motor pools suggests Moscow is struggling to maintain adequate supplies for its invasion forces.

Since the start of its invasion in late February, Russia has been plagued by supply issues and the inability to maintain secure ground-lines-of communication.

While Russia has waged a more successful campaign along the eastern front and Battle for Donbas, with the securing of new territories comes new logistical challenges. Such as outfitting occupation security and law enforcement forces.

The challenge of holding and maintaining occupied territories is further exacerbated by recent Western donations to Ukraine of long-range missile systems. Systems like the U.S. M142 High Mobility Artillery Rocket Systems, or HIMARS, have proved to be particularly effective in striking Russian supply depots deep within occupied territory.

Whether or not Kherson’s new collaborating police chief has a new car may be the least of Russia’s problems.

In April, a candidate for chief of the Russian occupation police force in Kherson, Valery Kuleshov, was shot and killed by Ukrainian partisans. On July 8, recently appointed Deputy Chief of Police for Nova Kakhovka in Kherson Oblast, Serhiy Tomka, was likewise killed while sitting in his car.

Ultimately, the Kremlin may need to consider getting armored vehicles for its occupation authorities. Assuming Moscow wants to keep them alive.

Then again, the verified loss of 4,692 military vehicles (as of July 13) in just over 4 months of war likely explains why Russian ground forces and FSB have resorted to stealing civilian cars in the first place.