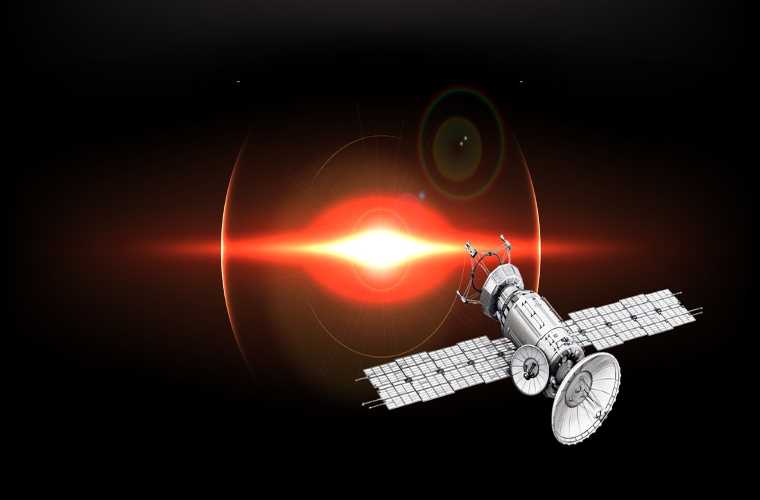 In science fiction, space-faring humans often use advanced navigational charts and maps to traverse the depths of interstellar space. Unfortunately for 21st-century humans, detailed charts of the stars and instructions on how to use those charts to navigate are currently unavailable. NASA’s over-taxed Deep Space Network can handle some of the short-term load, but as new missions venture deeper and deeper into the void, that system will not be enough.

Hoping to change the equation, researchers have zeroed in on a method that doesn’t rely on existing supplementary systems. Instead, their published approach puts navigation back in the hands of those piloting the spacecraft using the power of pulsars.

“We can use star trackers to determine the direction a spacecraft is pointing, but to learn the precise location of the spacecraft, we rely on radio signals sent between the spacecraft and the Earth, which can take a lot of time and requires use of oversubscribed infrastructure, like NASA’s Deep Space Network,” said Zach Putnam, professor in the Department of Aerospace Engineering at Illinois, in a press release announcing the proposed pulsar-based deep space navigation approach.

Conversely, the researcher notes, using the x-rays from pulsars “presents a system that finds candidates for possible spacecraft locations without prior information, so the spacecraft can navigate autonomously.”

“Our ground communication systems for deep space missions are overloaded right now,” said Putnam. “This system would give spacecraft autonomy and reduce the dependency on the ground. X-ray pulsar navigation gets us around that and allows us to determine where we are, without calling.”

Because pulsars spin, they emit pulses of x-ray radiation with each rotation. Think of an interstellar lighthouse that “flashes” each time it faces Earth. Furthermore, each pulsar on record spins at a different rate, allowing our future deep space navigators and the newly proposed navigation software to tell them apart.

“Each pulsar has its own characteristic signal, like a fingerprint,” said Putnam. “We have records of the x-rays over time from the 2,000 or so pulsars and how they’ve changed over time.”

Like GPS, space travelers will be able to navigate using the signals of three known pulsars, effectively triangulating the spacecraft’s position anywhere in space.

“With pulsars, while there are an infinite number of possible spacecraft locations, we know how far apart these candidate locations are from each other,” explained Putnam.

NAVIGATE WITH THE ACCURACY OF JUPITER’S ORBIT

As far as accuracy, the algorithm designed to interpret the pulsar signals and generate a relative location from that data “combines observations from numerous pulsars to determine all the possible positions of the spacecraft.” The data is then processed, resulting in relatively precise 2D and 3D space maps. At least, in interstellar terms.

Scientists Found “Complex Organic Matter” in Our Solar System, And It Shouldn’t Be There

“We are looking at determining spacecraft position within domains that have diameters on the order of multiple astronomical units, like the size of the orbit of Jupiter—something like a square with one billion miles on a side,” said Putnam of the navigation system’s potential accuracy. “The challenge we are trying to address is how do we intelligently observe pulsars and fully determine all possible spacecraft locations in a domain without using excessive compute resources.”

Given the relative simplicity of the approach and the consistent nature of the signals emitted by pulsars, the proposed navigation tool developed by the researchers appears particularly viable. Of course, in the distant future, we may finally have those detailed star charts and space maps that allow the USS Enterprise of the Millennium Falcon to safely and accurately navigate the vagaries of deep space. But until then, this new approach seems like an excellent starting point, especially if one hopes to avoid slamming into an asteroid field or crashing through a supernova.