Welcome to this week’s installment of The Intelligence Brief… this week in our analysis, we’ll be looking at 1) the ongoing problems lawmakers and others in Washington have had in recent days with unidentified aerial phenomena (UAP), 2) what some elected officials have recently said about the government’s slow pace in taking action on the issue, and 3) what the Pentagon’s track record with UAP says about its level of transparency, and what must change going forward.

“I think some of the phenomena we’re going to be seeing continues to be unexplained and might, in fact, be some type of phenomenon that is the result of something that we don’t yet understand.”

Before we get into our analysis, a few stories we’re covering this week over at The Debrief include how a group of Russian soldiers reportedly found their way into a shootout… with each other. Elsewhere, new research is slowly unraveling the mechanisms involved in creating suppressed memories in the human mind… what could possibly go wrong? Also, future NASA astronauts may be able to map the Moon, Mars, and other worlds using a portable, lidar-equipped backpack.

Meanwhile in video news, our very own Chrissy Newton talks to MIT astrophysicist, planetary scientist, and exoplanet specialist Sara Seager. You can keep up with all our latest interviews over on The Debrief’s YouTube page, and you’ll find all of our latest stories from The Debrief via the links at the bottom of this newsletter.

With that out of the way, it’s time to take a look at recent developments in Washington that have some elected officials concerned about the Pentagon’s attitudes toward the ever-controversial subject of UAP.

Late last year, a string of developments in Washington appeared to be setting the stage for renewed engagement by the United States government involving unidentified aerial phenomena, traditionally known as UFOs since the U.S. Air Force’s introduction of the term for unrecognized aerial objects in the early 1950s.

A proposed amendment to the FY 2022 National Defense Authorization Act put forward by U.S. Senator Kirsten Gillibrand of New York outlined plans for the establishment of a new UAP investigative component in the Department of Defense, with the Anomaly Surveillance and Resolution Office (ASRO) as the proposed name. Before the Senate could pass its version of the NDAA however, the DOD announced the establishment of a new, memorably-titled investigative entity of its own: the Airborne Object Identification and Management Synchronization Group (AOIMSG). The new DOD group appeared to be in response to details that appeared in a June 2021 memo authored by Deputy Secretary of Defense Kathleen Hicks.

Minor controversy ensued following the DOD’s announcement, including pushback from some individuals in Washington—no less among these Senator Gillibrand—who argued that the scope of the AOIMSG’s interest in relation to controlled military airspace was too limited, and would not provide the comprehensive level of investigative clout that the proposed ASRO would be capable of. Just a few weeks later, the Senate’s version of the NDAA passed, along with Gillibrand’s amendment, seemingly putting into motion the establishment of yet another UAP investigative component in Washington.

Despite the level of attention the issue has seen from lawmakers in recent days, new developments in Washington appear to convey that many old attitudes toward the prospect of unrecognized objects in our airspace prevail, and some elected officials appear dissatisfied with the government’s slow pace in addressing concerns about UAP.

Bryan Bender, writing for Politico on May 2, wrote that staffers with several members of Congress—some of whom cosponsored or otherwise supported Gillibrand’s amendment—are airing their concerns about the slow movement in Washington on the UAP issue.

According to Bender, “some members of Congress and their staff are beginning to air their dissatisfaction with the progress in making that happen”, including Senator Marco Rubio of Florida, who aides told Politico that he is “definitely frustrated,” that the Pentagon is “not moving fast enough, not doing enough, not sharing enough” regarding the UAP issue.

Similarly, Representative Tim Burchett of Tennessee, at times a very vocal critic of what he perceives as inaction in government regarding UAP, went so far as to propose that the lack of movement regarding UAP could be tantamount to a “coverup.”

“I don’t trust the Department of Defense to get this right since leadership there has always been part of a cover-up,” Burchett said, adding that evidence already available to the public indicates “that we don’t have full control of our airspace,” calling such circumstances “a national security issue and it’s also unacceptable.”

However, Bender also reported that several past and present military and intelligence community officials Politico spoke with on background nonetheless said they believe there is progress being made regarding UAP, whether or not it is entirely visible to the American public, or even to members of Congress. These individuals collectively say that the efforts primarily involve efforts “to compel agencies to take a more proactive approach” and to be “more transparent about what they might know about UFO sightings and technologies.”

Whether or not one wishes to go so far as to echo Representative Burchett’s sentiments about a “coverup”, the simple fact remains that the Pentagon has a less than perfect track record when it comes to transparency on the UAP issue.

As recently as 2015, a FAQ page appeared at the DOD’s website titled “Unidentified Flying Objects (UFOs)” stated unequivocally that the UAP “is no longer being investigated by the Defense Department.”

The FAQ page added a few historical details that noted how “the United States Air Force began investigating UFOs in 1948 under a program called Project Sign. Later the program’s name was changed to Project Grudge, and in 1953 it was changed again to Project Blue Book. On December 17, 1969, the Secretary of the Air Force announced the termination of Project Blue Book.” This, according to the DOD in 2015, was supposedly where the U.S. government’s interest in UFOs ended.

Of course, more recent events have made it clear that, while this FAQ page still appeared on the DOD’s website, a UAP investigative effort was quietly being undertaken within one of its combat support agencies: the Defense Intelligence Agency (DIA).

Beginning in around 2008, the Advanced Aerospace Weapons Systems Application Program (AAWSAP) was run out of the DIA. According to James T. Lacatski, who managed the program, AAWSAP “was conceived as a program to evaluate the threat potential of UAPs,” as stated in a memoir on the AAWSAP program by Lacatski with co-authors Colm Kelleher Ph.D. and investigative reporter George Knapp. Though it remained unacknowledged at the time, news about the program slowly began to leak out beginning around 2017, culminating in a New York Times article that revealed the program under the name of the Advanced Aerospace Threat Identification Program (AATIP). Although AATIP had been an unclassified nickname for AAWSAP, it was also later adopted as the name of an informal Pentagon initiative led by Luis Elizondo; the confusion over the two different names (and entirely separate programs) “created enormous confusion” according to Lackatski and his coauthors. 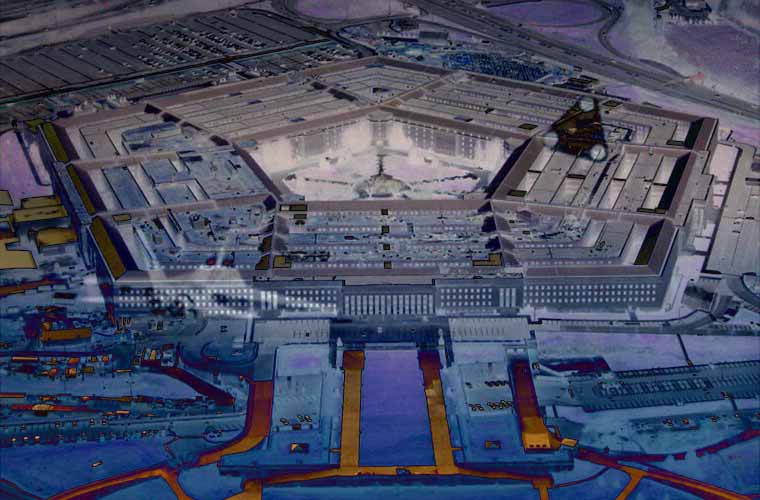 Regardless of the initial confusion, one thing remains abundantly clear about all this: the DOD certainly did have a UAP program within the DIA, while its public position remained that it UFOs were “no longer being investigated by the Defense Department.”

Indeed, maybe the concerns being expressed by some lawmakers on Capitol Hill about the government’s slow movement on the UAP issue are warranted. Slow progress, along with a lack of transparency, and even a degree of official ridicule, have long prevailed in Washington when it comes to unidentified aerial phenomena. Given the fact that recent assessments indicate not just the reality of what, for lack of a better term, have been called “objects” in our airspace, but also that there are at least indirect threat potentials associated with their activity, it is high time that the U.S. government picks up the pace in addressing its UAP problem.