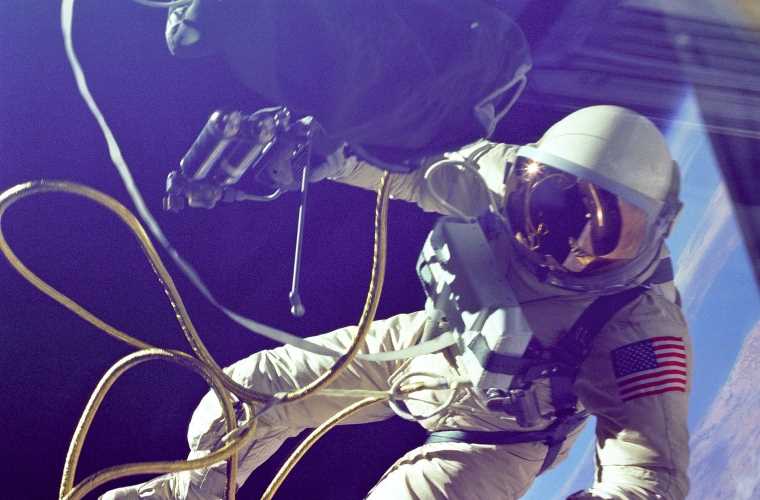 Going To Mars Will Shrink Your Heart

If the risks posed by equipment malfunction, micrometeorite impacts, and solar radiation were not enough for anyone planning a trip to Mars, here is another one to contend with. Long periods spent in space can cause a shrinking heart.

Humankind ventured into space sixty years ago this month. Since April 1961, our astronauts and cosmonauts have been confined to low Earth orbit, together with eight missions to the Moon, six of which landed people there. At some stage, serious planning will begin regarding a trip to Mars.

It is recognized that heart shrinkage is a condition that can affect extreme endurance swimmers. Until recently, the factors that cause this to occur were not applied to medical studies into extended periods in space. However, a recent study published in the journal Circulation has found that astronauts can experience the same phenomenon during their time on the International Space Station.

Plans for a manned mission to Mars in the next ten to twenty years will have to take this into consideration, as the health of the crew is naturally top of the list where spaceflight is concerned. However, what may pose a problem for any potential mission is that astronauts’ current exercise regime onboard the ISS does not appear to solve the problem.

Background: Why Do Extended Periods in Space Cause Shrinking Hearts?

On the morning of 12th April 1961, Yuri Gagarin blasted off aboard Vostok 1 from Tyuratam in Kazakhstan. The spacecraft made a single orbit of the Earth at 91 nautical miles before landing near Engels, in the Saratov region of the Soviet Union, just 108 minutes later. The effects of weightlessness on the human body were not fully understood at this time, but Gagarin’s flight was too brief for him to be affected by the lack of gravity.

Fast forward to November 2020, and 568 people from 41 separate countries have ventured into space for varying periods of time. Valeri Polyakov, a Russian cosmonaut, holds the record for the most prolonged period spent in orbit, 437 days, and eight others stayed onboard the Mir space station for more than 200 days each. The total time spent in space equals some 29,000 hours. Yet fifty years after that initial Russian mission, scientists and medical experts are still discovering details about the effects of enduring periods of weightlessness.

Some medical effects are experienced almost straight away. A study of MRI tests carried out on 27 astronauts by the University of Texas Medical School was published in the Journal of Radiology in 2012. Nine of the astronauts showed expansion of the cerebral spinal fluid space surrounding the optic nerve. There was a flattening of the rear of the eyeball in six, a bulging of the optic nerve in four, and changes to the pituitary gland in three. The latter is an important store of hormones that regulate numerous functions of the body. These changes can start occurring as little as two days into a mission.

After as little as a week has elapsed in space, the body’s muscles begin to atrophy. Experiments with rats indicated that up to a third of total mass could be lost within eight to ten days of spaceflight. The heart is a muscle, and studies have shown that the lack of gravity experienced during extended periods spent in orbit can lead to a “de-conditioning” process akin to the aging process. In addition to a loss of physical fitness, stiffening of the arteries, and possible development of insulin resistance, there are also increased heart disease risks due to radiation. The lack of gravity can also lead to bone wastage, with estimates of between one and two percent of specific areas being lost for each month spent in space. To alleviate the chances of long-term, irreparable damage, all personnel onboard the ISS must perform an hour of cardiovascular and weight training each day. Even so, arriving back on Earth after a six-month-long mission sees them initially struggling to walk upright.

NASA is currently determining what is needed to successfully carry out crewed missions to both an asteroid and Mars within the next two decades. The journey time to the Red Planet can be anywhere between 150 and 300 days depending on the speed of launch, fuel payload, and relative position of the Earth. Even using the lower estimate, this still involves a long time spent in space for anyone contemplating being the first to set foot on Mars.

Analysis: What Do Extreme Swimmers and Astronauts Have in Common? Shrinking Hearts Apparently.

Doctor Benjamin Levine, Professor of Internal Medicine at the University of Texas Southwestern Medical Center at Dallas, recently led a team of researchers who compared the effects experienced by extreme endurance swimmers with those spending extended periods of time in low Earth orbit.

In November 2018, endurance swimmer Benoît Lecomte attempted to be the first person to swim across the Pacific Ocean. He had covered some 1,500 nautical miles before abandoning the attempt due to his support boat being damaged in a severe storm. Three years earlier, Scott Kelly had spent 340 days onboard the ISS, setting the record for an American astronaut. A former US Navy F-14 Tomcat pilot serving with VF-143 Pukin’ Dogs, he had also made two previous visits to the orbiting station. Both men were the same age when they carried out their feats of endurance, providing excellent test subjects for the scientific study. Kelly had undergone the record-breaking mission specifically to study the effects of long-term spaceflight on the human body, using his identical twin brother Mark, a former astronaut, for comparison purposes.

The study looked at the effects of prolonged periods of swimming, where the load placed on the heart is changed due to a person being horizontal rather than standing vertically. Benoît Lecomte had swum for nearly six hours a day and slept nine hours a night, which meant he was in a horizontal position for almost two-thirds of each day. Scott Kelly was, of course, weightless during the entire period he spent in orbit.

“One of the things we’ve learned over many years of study, is that the heart is remarkably plastic. So the heart adapts to the load that’s placed on it,” Dr. Levine told reporters in March 2021. “In spaceflight, one of the things that happens, is you no longer have to pump blood uphill, because you’re not pumping against gravity.”

Scientists have used extended periods of bed rest while looking at the effects of prolonged space travel on the heart, as it simulates the changing load pattern, eliminating the head-to-foot gradient. However, according to Levine, placing someone in the water in a horizontal position is even better, as it replicates being in space. “Now you take away the head-to-foot gradient, and then you put the person in the water, so you adjust that gradient too. It’s just about like being in space.” Since 1967, NASA has used a number of enormous water tanks to prepare its astronauts for living and working in a zero-gravity environment, starting at the Neutral Buoyancy Simulator at the George C. Marshall Space Flight Centre, followed by the Water Immersion Facility and Weightless Environment Training Facility at the Johnson Space Center and finally at the Neutral Buoyancy Lab at the Sonny Carter Training Facility. However, these facilities have never been used to determine long-term immersion effects on the human body.

According to the findings published in Circulation, the study found that since the men’s hearts were no longer pumping blood uphill, i.e., towards the head, they started to shrink in size. Lecomte’s heart’s left ventricle was reduced in size by just less than a quarter over the period of around four months that he was swimming across the Pacific Ocean. Similar tests carried out on Kelly showed a reduction in mass of 27 percent. Both men lost this heart mass despite what was classed as “substantial amounts of exercise.” Scott Kelly had performed his daily exercise routine without fail, and yet the reduction still occurred.

Before completing the study, Dr. Levine suspected that Lecomte’s heart would not shrink due to the amount of physical exercise he was doing in the ocean. However, the swimmer had set a slow and steady pace, so there was little effort involved. “It’s just not that much activity. Low levels of physical activity do not protect the heart from adapting to the absence of gravity.”

The good news is that the condition does not seem to be permanent. Once both men returned to a land-based existence, their hearts expanded once more and reached their regular sizes. However, while in space, the atria expand due to the changes in the way fluid passes through them while in zero gravity. This can increase the risk of potential atrial fibrillation, which involves a fast and irregular heartbeat. Apart from preventing astronauts from fulfilling their daily exercise routines, it can also increase the likelihood of strokes occurring.

Outlook: Shrinking Heart, One More Risk to Contend With…

Dr. Levine is part of a NASA initiative looking at the risks of spaceflight-induced cardiovascular disease. The program, called CIPHER, will perform coronary CT angiography scans and other tests on astronauts a year before their planned launch date, two months before launch, and then a week after their return to Earth, followed by a final, fourth test a year afterward. The test results will allow CIPHER to build up a picture of how the heart functions in space.

A clearer understanding of long-term spaceflight on the heart is vital if planned missions involving astronauts heading to the Moon, a nearby asteroid, and even Mars are to be carried out safely. A myriad of potential problems and disasters accompanies any spacecraft launch, and the number of risks grows the further away from Earth one gets. A shrinking heart medical emergency occurring in Mars orbit could be catastrophic for the individual concerned and possibly for the mission.

We class our astronauts as heroes, but they are human beings, not superbeings. Spaceflight may have occurred for sixty years, but we are still finding our way in terms of just how the body reacts to extended periods of weightlessness. If we are to send people to the Moon and Mars, we should not be sending them there without a clearer idea of what medical concerns they may well face.