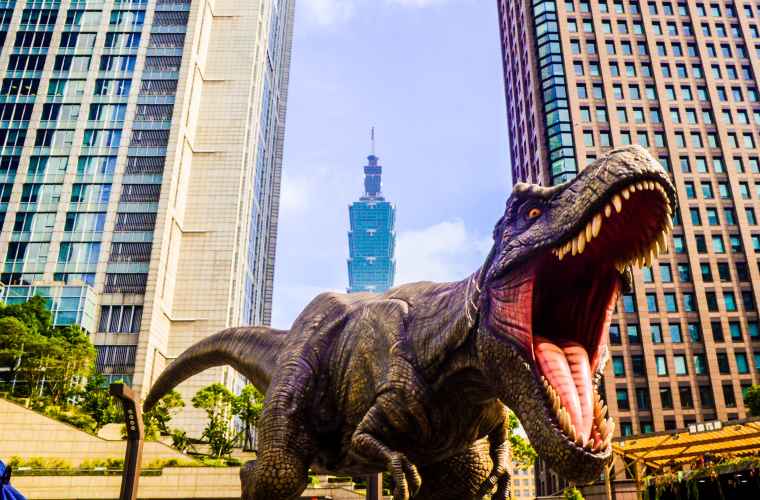 Neuralink Founder Says We “Could Build Jurassic Park.” Should we?

After the governor of Texas, Greg Abbott, announced Texas would “open up 100 percent” amidst the Covid-19 pandemic, there was an amusing tweet in response to that motion that said, “Texas is one step from opening a Jurassic Park.” Don’t give Neuralink co-founder Max Hodak any ideas; as Hodak tweeted on Saturday, “We could probably build Jurassic Park if we wanted to.”

The idea of resurrecting extinct species has been floated around science long before the famous “Jurassic Park” movie franchise mainstreamed this idea, but to hear a large tech company like Neuralink consider its plausibility sure moves the needle forward.

Neuralink, Elon Musk’s neurotechnology company, seeks to develop brain-machine interfaces to connect computers with humans. Hodak recently touted the company’s work would revolutionize the video game industry, but the genetics of long-gone species is in a different beast altogether.

“We could probably build Jurassic Park if we wanted to,” Hodak tweeted. “Wouldn’t be genetically authentic dinosaurs but [shrugging emoji]. Maybe 15 years of breeding + engineering to get super exotic novel species…Biodiversity (antifragility) is definitely valuable; conservation is important and makes sense, But why do we stop there? Why don’t we more intentionally try to generate novel diversity?”

we could probably build jurassic park if we wanted to. wouldn’t be genetically authentic dinosaurs but 🤷‍♂️. maybe 15 years of breeding + engineering to get super exotic novel species

In a previous in-depth feature, The Debrief examined The Pros and Cons of Animal Cloning. One of the processes covered was the idea of bringing extinct species back to life termed “de-extinction.” Through advances like cloning and selective breeding, organisms from tissue samples scientists could theoretically return of ancient animals like the woolly mammoth. In fact, there is an entire scientific discipline called “resurrection biology” that examines doing just that.

Advocates for this experimentation believe the positives would help restore damaged ecosystems and be used to help promote and shape conservation policies. A significant example of this was reported on by The Debrief  with the reintroduction of grey wolves to Yellowstone National Park, which showed how impactful one “keystone” species can be, not just to one habitat but the entire world’s ecosystem.

ANALYSIS: We Probably Shouldn’t Do This.

Now, let’s say some tech giant decides to take de-extinction to the next level; what could possibly go wrong? We’ve all seen the “Jurassic Park” movies, and the sequels are proof that the scientists, park owners, and humans never learn their lesson. In every film, dinosaurs escape, and all hell breaks loose. In what reality do humans think a real-world version of this would be any different? We see how policy leaders have fumbled pandemics, wars, financial crises, and climate change. Do we really trust them to handle live dinosaurs?

The disastrous outcomes aside, is this even possible in the first place, or is it just a pipe dream? Bringing back a species would require a perfect genetic match, which would be hard to duplicate. If scientists mixed missing genes of a species with another species, you wouldn’t have a perfect replication and would have mutations. Once again, this is another Hollywood trope that we don’t want to see become a reality. Ancient DNA is also “crap DNA” that makes this a technical problem from the start.

“[De-extinction is] a fantastic technology, but I think it’s unlikely to work, to be honest,” said Thomas Gilbert, a paleo-geneticist at the Natural History Museum of Denmark, who co-wrote “The potential and pitfalls of de‐extinction” in 2016.

Another significant concern is impact reintroduction of a species that has been extinct for thousands of years could have on a modern ecosystem. An extinct species could easily be viewed as an invasive species by its former habitat. Instead of restoring balance, it could throw-off an ecosystem in ways we didn’t foresee.

Not to mention, with the continued global struggle with the COVID-19 pandemic, it’s also important to consider that reintroducing extinct animals could end up creating new opportunities for bacteria and viruses to develop. Even if a species was merely a hybrid, it’s hard to predict whether that might be enough to reinvigorate the conditions to foster ancient bacterial strains and how that might affect human health.

OUTLOOK: The Future of “De-extinction”

If scientists could bring back a wooly mammoth from the prehistoric era, it may serve as a victory in genetics but also a cautionary tale of just how far they should go. There are ethical and legal avenues in this debate too, but the technology isn’t quite there yet to make a full-on duplicate T-Rex, which is a good thing. Humanity should focus on other avenues of technological and biological exploration first, including getting the climate crisis under control. If there’s a next wave of dinosaurs coming, it will suck for them to be living on borrowed time again.

Hodak pondered in his tweet that maybe in 15 years, we could see “exotic species” return, and if this is the case, start letting all the movie scenarios start playing out in your head on how this could all end up.