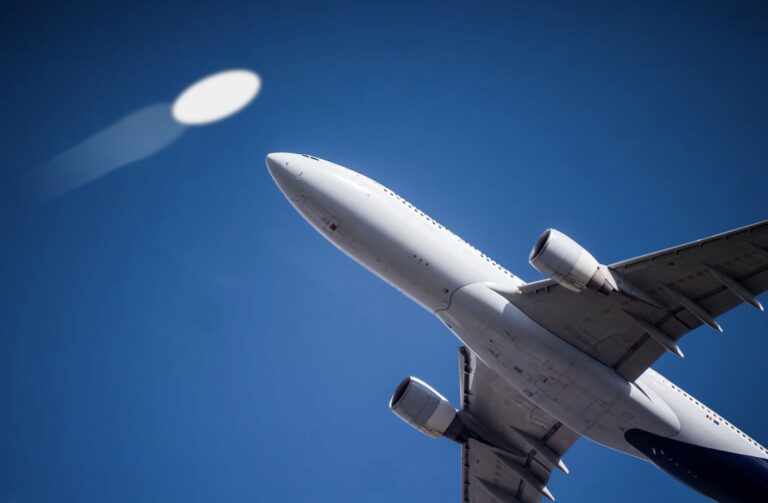 Have UFOs Ever Attacked Terrestrial Aircraft?


It's complicated, but some of the records are compelling

Among the many questions raised by the emergence of one or more UFO investigative offices inside the Pentagon is the issue of whether or not observed UAP (UFOs) represent a potential flight safety hazard or even a threat to national security. This raises the issue of the potential that these observed phenomena might engage in direct, adversarial conduct with earthly aircraft, military assets, or other personnel. Specters of alien invasions from numerous Hollywood classic films are immediately brought to mind, but a number of reported incidents in both official government records and the lore of ufology leave room to ask how much we actually know about potential hostile engagement with anomalous craft.

When The Debrief looked into the crash of Kentucky Air National Guard pilot Captain Thomas F. Mantell in 1948 we learned that many investigators asked whether the unidentified flying object he was dispatched to observe may have caused the crash of his P-51 Mustang and his death. The Air Force eventually concluded that he had succumbed to hypoxia, leading to a terminal nosedive and the destruction of his plane after it ran out of fuel. Another crash, this one in the state of Oregon in 1964, also suggested potential nonterrestrial involvement, but the government later found it to be mundane after a lengthy investigation.

The records of both government investigations and those of civilian investigators are deep, however, and there are multiple incidents where it is at least persuasively suggested that either incidental contact or direct, aggressive engagement between human pilots and anomalous aircraft have resulted in near misses or even destructive interactions. If these records are to be believed, they could offer hints into the questions that the United States federal government is seeking to answer with the work of the bizarrely-named AOIMSG office.  And such interactions are not limited to incursions into military nuclear facilities and naval training spaces.

UFO “Dogfights” Both at Home and Abroad

There have been reports circulating among UFO researchers for years, including some files released by the British Ministry of Defense, claiming that the Soviet military had catastrophic engagements with unidentified aerial phenomena during the cold war. In some instances where the Russians allegedly attempted to fire on the unknown craft, they wound up losing both fighter jets and pilots. This was highlighted by journalist Tom Rogan during an interview on Fox News in 2019.

During that interview, Rogan described how UFOs “appear to be friendly, except when rather ill-advised Russian aircrews attempt to engage them.” In an article he published on that subject, he included a link to the UK’s government archive page which contained a few pages of the MoD’s investigation. The documents include a description of how Russia and China have cooperated in such investigations and “several aircraft have been destroyed and at least four pilots have been killed ‘chasing UFOs.'”

Perhaps more familiar to UFO researchers in the United States is the case of a veteran World War II fighter pilot and member of the North Dakota Air National Guard named George Gorman. Gorman reportedly engaged in a nearly one-half-hour-long dogfight with an anomalous glowing orb near Fargo. On October 1, 1948, Gormon had been logging some extra night-flight hours over the local airbase when he spotted the orb, which he described as being six to eight inches in diameter and blinking with a bright white light. The pilot decided to give pursuit, at which point the orb’s light changed to a steady light and it began engaging in erratic aerial maneuvers, including sharp turns. It then reversed course and flew directly toward Gorman’s P-51 Mustang. Fearing a collision, he executed evasive maneuvers. This happened twice before the pilot finally returned to the landing field. The government took enough of an interest in the encounter to include it in their Project Blue Book files.

Does this truly qualify as a “dog fight” between an American fighter and a UFO? There was certainly a flight safety hazard involved and some unanticipated maneuvering, so perhaps it does. At the same time, however, it was Gorman who diverted from his original path to pursue the orb, which had previously appeared to simply be minding its own business. And even when it turned and took a run at him, there was never any contact. Nor was it reported to do anything that could be interpreted as firing a weapon. This final judgment is left to the reader.

In any list of the most infamous engagements between a human military pilot and an unexplained craft in the skies, we must certainly include the event that has come to be known as the 1967 Cuban jet event. The National Investigations Committee on Aerial Phenomena (NICAP) has an excellent archival record of the incident and multiple government documents obtained through the FOIA process suggest that it is not only an authentic report but that the federal government did not want anyone talking about it in the early days of ufological investigations. This became a significant issue for one investigator from Citizens Against UFO Secrecy (CAUS) who the authorities clearly felt was asking too many questions.

The short version of the story begins with an anonymous U.S. Air Force security specialist who leaked the report to Stanton Friedman following a lecture that Friedman gave in 1978. The witness had been stationed with the 6947th Security Squadron in the Florida Keys in 1967, part of a Spanish-speaking intelligence unit that monitored Cuban Air Force communications and radar transmitters across the strait during the tense days following the Cuban missile crisis. In March of that year, the unit intercepted Cuban radio traffic reporting a bogey (an unidentified aerial target) entering Cuban airspace from the northeast.

Two MIG-21 jet fighters were dispatched to intercept the bogey. Upon reaching its location, the pilots reported seeing “a bright metallic sphere with no visible markings or appendages” at 33,000 feet traveling at approximately 660 mph. After a failed attempt at establishing radio contact with the object, Cuban air defense headquarters ordered the flight leader to arm his missiles and destroy the target. The flight leader radioed back that he had a lock on the target and was prepared to engage. Those were the last words ever heard from the flight leader.

Within seconds his wingman in the second MIG was heard screaming, saying that the flight leader’s jet had exploded. He later corrected that description to say that the plane had “disintegrated” in mid-air and the debris was raining down toward the ocean. The UFO then accelerated to an “incredible speed,” climbed to approximately 98,000 feet and continued southwest toward South America.

The Investigation and the Aftermath

Whether the anomalous object destroyed the Cuban jet after its weapons locked onto it or this was just some bizarre coincidence, the encounter obviously ended in a fatally bad manner for the pilot. The 6947th Security Squadron sent an Intelligence Spot Report to NSA headquarters about the event. Within hours they were ordered to ship all tapes, records and pertinent data regarding the event to the NSA and list the Cuban jet as having been lost due to an “equipment malfunction.”

Friedman sent this information off to a reporter who then passed it on to CAUS Research Director Robert Todd. Todd submitted information requests to a variety of military and intelligence agencies over a period of six months in 1978, all without success. But in July of that year, he received a visit at his home from two FBI agents. They interviewed him in private and asked questions about his previous contacts with foreign governments. They also read him sections of United States espionage laws, suggesting that a conviction under those codes could lead to life imprisonment or even the death penalty. It was also strongly suggested that Todd’s phone had been tapped.

At that point, no further action appears to have been taken, but the message sent to Todd was quite clear. Later requests to the Air Force from CAUS for the status of any relevant investigation by the FBI were met with responses saying that they could neither confirm nor deny the existence of any such documents. But if they did exist, they would be classified and unavailable in any event. The incident remains one of the more intriguing in the history of potential destructive interactions between UFOs and terrestrial military aircraft.

Other examples exist in the records, though the ones listed above are perhaps the most famous. One seemingly common element in these reports seems relevant for readers to consider when attempting to answer the question posed at the beginning of this article. Even if we are willing to consider all of these reports as being accurate accounts of historical incidents, we have yet to read of one where the UFO was the initial aggressor. The only times that the anomalous craft became either confrontational or destructive were after a human pilot initiated the interaction in a potentially aggressive fashion. Random flight safety issues aside, it may be reasonable to conclude that most UFOs reported by the military have mostly “minded their own business” until human pilots did something to provoke a response.