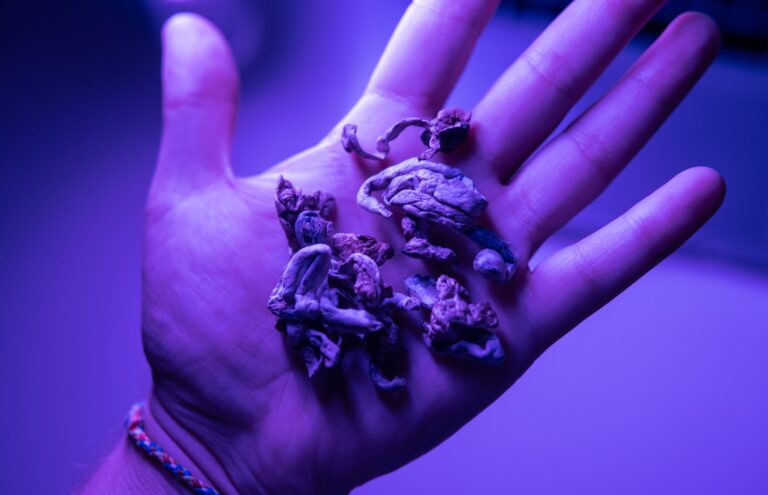 The opioid crisis in the U.S. has become a serious problem in the last few years. According to the National Institute on Drug Abuse, in 2019 nearly 50,000 people died from opioid-related overdoses in the U.S. The CDC has estimated that the crisis is costing the U.S. around $78.5 billion in healthcare, addiction, and criminal justice costs.

Because of this, many researchers are looking for effective treatment options for opioid addiction. One surprising treatment was recently found by scientists at Harvard University, as they discovered a significant decrease in addiction when individuals used psilocybin, a psychedelic substance found in magic mushrooms.

Background: The Secrets of Psilocybin

Psilocybin is produced by over 200 species of fungi. Its psychedelic effects have been documented throughout time, as humans have had a long history of interacting with this drug. The molecule was first isolated in 1959 by Swiss chemist Albert Hofmann. In the 1960s, the compound was studied by a variety of scientists. They found that the effects of psilocybin range depending on the dose and type of mushroom. but also, the overall health of the individual and where they are taking this drug. Currently, research is looking into the possible benefits of taking this drug, including potentially overcoming opioid addiction.

Analysis: A Four-Year Survey On Drug Use

To study how psilocybin affects opioid addiction, Harvard University researcher Grant Jones and his team looked at data over the years 2015 to 2019 from over 214,505 adults. The team wanted to see how general psychedelic use was linked to addiction. Around 10% of the participants reported using psilocybin. Around 50% of the participants reported opioid use or addiction. From their analysis, the researchers found that opioid addiction was 30% lower in those who had used psilocybin compared to those who had never taken the drug. The team also found psilocybin users 17% to 34% less likely to experience seven of the 11 symptoms of opioid addiction. The symptoms range from itching to nausea to withdrawals, causing unpleasant occurrences for all users. With the symptoms decreased for this particular group, these results suggested that psilocybin could be beneficial against opioid addiction. The researchers published their results in Nature Scientific Reports.

While the research is still ongoing, the scientists speculate that psilocybin may work against opioid addiction by affecting the movement of reward and happiness molecules in the brain: serotonin and dopamine. Both of these molecules can be affected by addiction, causing unhealthy reward and happiness patterns in the brain. The researchers are hopeful that their hard work will soon reveal the mechanisms of psilocybin, allowing it to be validated and used as a treatment for opioid addiction. Psilocybin is still a much-disputed drug but may hold promise for other psychological disorders, such as schizophrenia and psychopathy.  Depending on what the next phase of research reveals, psilocybin may be one step closer to shedding its controversial reputation, and instead, becoming more of a possible treatment in the realm of medicine.

Middle Aged Men Most Likely to Die from Sex