This week, an aviation incident in Washington that occurred Wednesday night has many concerned about oversight by aviation officials in the Nation's Capitol.

“Probable Threat” over the U.S. Capitol was a Close Call, but Points to Problems for the FAA

Welcome to this week’s edition of The Intelligence Brief. Following a chaotic episode in Washington D.C. on Wednesday night, in this installment we’ll be looking at 1) what prompted Capitol Police to warn lawmakers about an unidentified aircraft over Washington, prompting evacuations, 2) how Congress responded to the unnecessary concern the incident caused, and 3) what this means for the agency that oversees civil aviation over the United States.

“Aviation in itself is not inherently dangerous. But to an even greater degree than the sea, it is terribly unforgiving of any carelessness, incapacity or neglect.”

Before we dive into things, a few stories we’re covering this week at The Debrief include how late Monday evening, Ukrainian President Volodymyr Zelensky announced Russia had launched its long-anticipated offensive along Ukraine’s eastern Donbas region. Tim McMillan gives us the latest, while in other news, new research from the University of Barcelona sheds light on the psychology of pregnancy cravings. Also, research from Texas A&M University has now revealed a link between the gut microbiome and an individual’s moods… does this mean that we actually are what we eat? You can find out more about this, and all of our latest stories from The Debrief via the links at the bottom of this newsletter.

Meanwhile, in video news, The Debrief Tech Talk hosts Josh Rutledge and Stefan Gearhart recently covered why the new features in Windows 11 make it very different from the operating systems your parents (or you) might have grown up with. Also, if you missed Chrissy Newton’s recent chat with our very own Tim McMillan on the ongoing situation in Ukraine, you can find that entire video here, along with all of our latest video news and interviews on The Debrief’s YouTube page.

With all that out of the way, it’s time to shift our attention to the concerning incident that occurred in Washington Wednesday night, and what the response has been as far as what many view as a striking oversight by aviation officials in the Nation’s Capitol.

Alarm Bells in the Nation’s Capital

On Wednesday night, tensions were high in Washington D.C. as police warned that an unidentified aircraft circling the U.S. Capitol, later touted as “a probable threat,” caused a temporary shutdown and evacuations of lawmakers.

“Evacuate now: Aircraft intrusion” had been the alert received by many in Congress, who were reportedly warned about an “aircraft that poses a probable threat to the Capitol complex” that Capitol Police said they were tracking.

However, it was soon revealed that the “probable threat” had merely been a plane delivering members of the U.S. Army Golden Nights to a pregame demonstration at Nationals Park Wednesday evening.

Needless to say, the incident led to sharp criticism from lawmakers and raised several serious considerations about the level of communication and coordination between the military, the Federal Aviation Administration (FAA), and the U.S. Capitol Police.

Once it was revealed that the aircraft was involved with the Nationals Park pregame demonstration, members of Congress were quick to respond to the alarming situation.

Speaker of the House Nancy Pelosi responded by criticizing the FAA and its “apparent failure to notify U.S. Capitol Police of pre-planned activities” on Wednesday night.

“Today, and every day, our Congressional community is extraordinarily grateful for the heroism of our United States Capitol Police officers,” Pelosi said, praising the daily work of police forces in attempting to mitigate threats in Washington. “In ordering the evacuation of the Capitol and vigilantly monitoring for a potential aircraft threat, our officers ensured the safety of all who work in these hallowed halls — and we thank them for their exemplary service.” 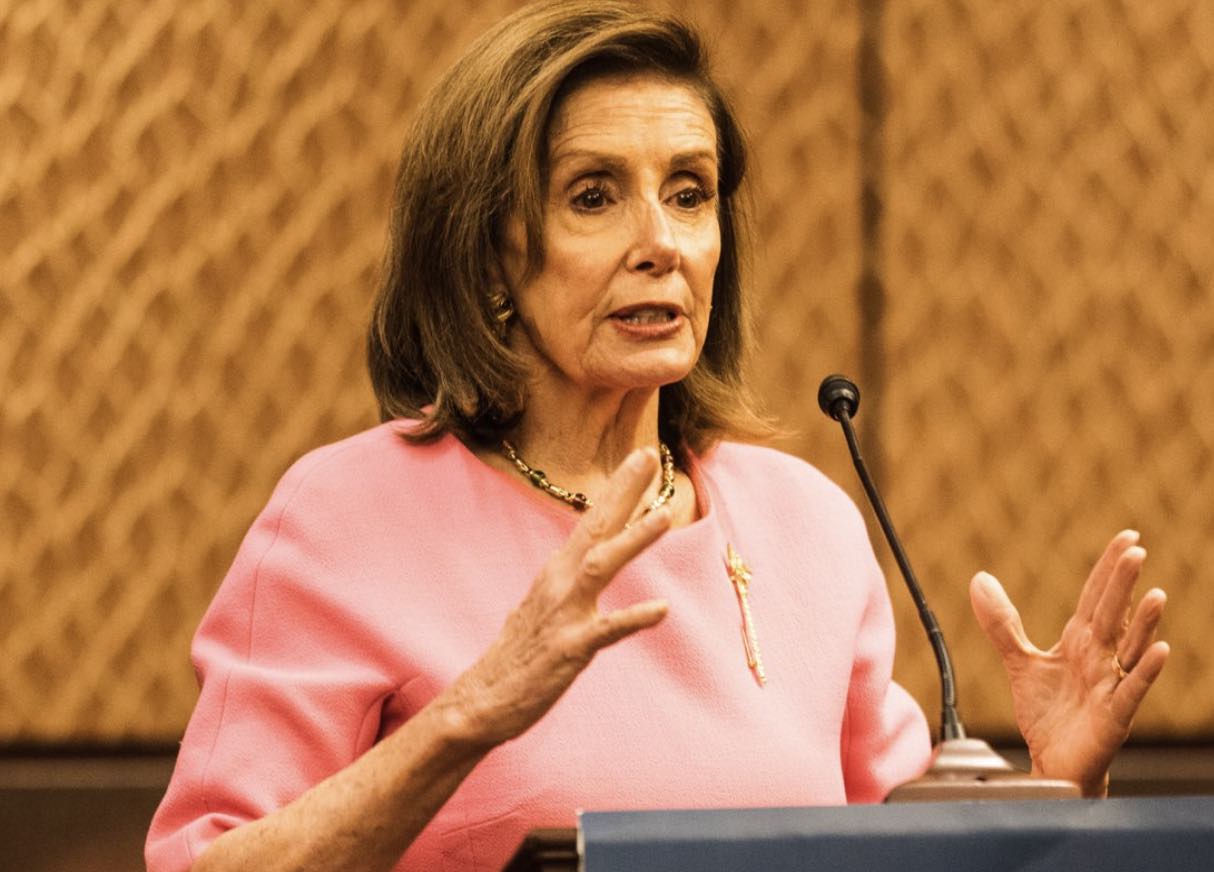 “Congress looks forward to reviewing the results of a thorough after-action review that determines what precisely went wrong today,” Pelosi said, “and who at the Federal Aviation Administration will be held accountable for this outrageous and frightening mistake.”

Following Pelosi’s statement criticizing the FAA and its failure to alert Capitol Police about the aircraft’s flyover in Washington on Wednesday, the agency tasked with monitoring civil aviation over U.S. airspace issued its own response.

“The FAA takes its role in protecting the national airspace seriously,” the statement read, “and will conduct a thorough and expeditious review of the events this evening and share updates.”

“We know our actions affect others, especially in our nation’s capital region, and we must communicate early and often with our law enforcement partners,” the statement read, in apparent acknowledgement of the agency’s failure to properly coordinate with Capitol Police in advance of Wednesday night’s incident.

“We are reviewing all aspects of the event to ensure all procedures were followed appropriately to coordinate both the flight and the parachute demonstration,” said U.S. Army Recruiting Command spokesperson Kelli LeGaspi.

Part of the reason for the concern Wednesday night’s incident has aroused has to do with how the military is equipped to respond to any actual threats that enter the Capitol airspace. Along with several sites where surface-to-air missile systems wait poised for launch, U.S. military aircrews remain on 24-hour alert.

This also raises the interesting question of whether U.S. Army and other military branches had been aware of the Nationals Stadium event, since none of these military systems were alerted or scrambled, despite what Capitol Police briefly characterized as a “probable threat.”

Bottom line, in a post-911 America, such issues cannot be taken lightly, nor can they be overlooked. Going forward, the FAA must ensure that proper communication and coordination related to all aircraft operations in U.S. airspace—especially those over sensitive areas like Washington D.C.—is maintained at all times.