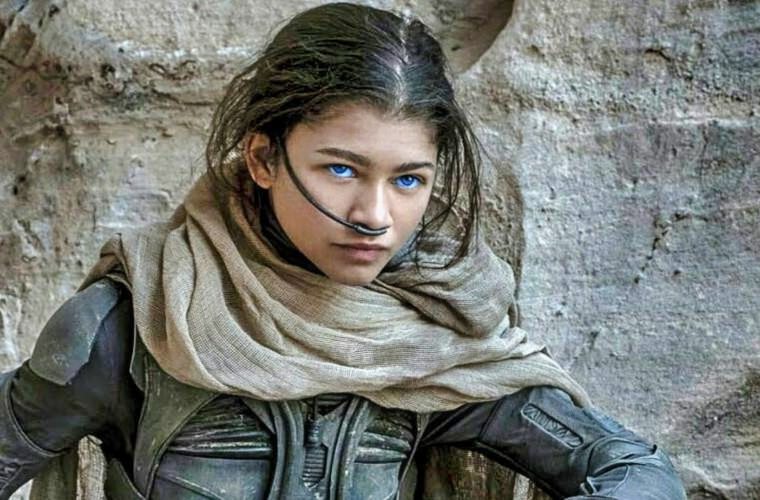 
I am the Kwisatz Haderach!

Melange, or ‘spice,’ the drug everyone is obsessed with in the new sci-fi epic Dune, was inspired by magic mushrooms.

Frank Herbert, the author of the original 1965 Dune novel, had a personal affinity for psilocybin (a naturally occurring psychedelic compound produced by several fungi), and that was the secret behind one of the most significant aspects of the movie’s plot: the naturally-occurring drug found on the planet Arrakis that fuels not only interstellar travel but also has mind-altering effects.

Background: Why The Spice Must Flow…

Herbert’s 1965 novel presents us a whole civilization that’s constantly trying to get their hands on a drug called Melange, or ‘spice.’ Not only is it the most valuable resource of the entire galaxy due to its fuel-like properties but it is also seen as a sacred hallucinogen with great health benefits. Some characters fall prey to the spice and become addicted to it, causing their eyes to turn a darker shade of blue.

With this powerful substance at the story’s core, many other vital topics, like politics and spirituality, revolve around it. A Psychedelic Spotlight article reads: “Frequently cited as the first ecological-themed science-fiction novel, as one of Dune’s primary antagonists is the exploitative nature of civilization itself.”

Some of the topics from this novel are quite current, considering it is 56 years old. Herbert might’ve been decades ahead of his time. Maybe the ‘spice’ had something to do with it.

Dune has been associated with psychedelic use multiple times. Alejandro Jodorowsky, a mystical-surrealist film-maker who once considered making a film based on this novel, said that he: “wanted to make a film that would give the people who took LSD at that time the hallucinations that you get with that drug, but without hallucinating.” The novel may have also inspired the nickname ‘spice’ used for the hallucinogen DMT.

Everyone who associated the sci-fi novel with psychedelic drug use wasn’t wrong. Here’s why.

According to a July article in The Daily Grail, Legendary mycologist, Paul Stamets, commented that Frank Herbert was a talented and innovative mushroom enthusiast: “Frank Herbert, the well-known author of the Dune books, told me his technique for using spores. When I met him in the early 1980s, Frank enjoyed collecting mushrooms on his property near Port Townsend, Washington”.

Frank also confided in Stamets that Dune took inspiration from his own experiences with magic mushrooms.

In his 2005 book, Mycelium Running: How Mushrooms Can Help Save the World, Stamets says: “Frank went on to tell me that much of the premise of Dune — the magic spice (spores) that allowed the bending of space (tripping), the giant worms (maggots digesting mushrooms), the eyes of the Freman (the cerulean blue of Psilocybe mushrooms), the mysticism of the female spiritual warriors, the Bene Gesserits (influenced by tales of Maria Sabina and the sacred mushroom cults of Mexico) — came from his perception of the fungal life cycle, and his imagination was stimulated through his experiences with the use of magic mushrooms.”

Outlook: Dune is Taking Me On One Big Trip

This new adaptation of Dune stayed true to Herbert’s thematic complexity, political schemes, and world-building. It gave life to the author’s vision and celebrated psychedelics from beginning to end.

If the movie’s second installment is as faithful to the original novel as the first one, we’re probably going to see a lot more ‘spice’ trips next time around.

Will Paul Atreides become dependent on the spice due to the precognition it grants him? Will the Melange be the only drug we see in the next film? The answer to that will come with time. For now, I suggest watching Dune. It’s so good; it’ll make you trip.