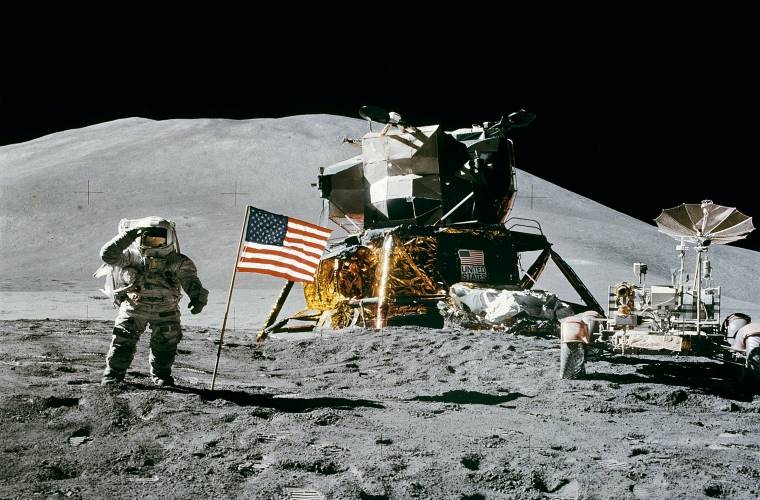 How Much Oxygen is Already on the Moon?


Analysis Shows There May Be Enough to Support Earth’s Entire Population for 100,000 Years

How much oxygen is on the moon, you may ask? A recent analysis indicates that the top layer of rock and dirt, known as regolith, that covers the Moon’s entire surface has more than you probably think. In fact, if the oxygen stored in just the top ten meters of that regolith were made into a usable gas form, it is likely enough to support Earth’s entire 8 billion person population for as much as 100,000 years.

BACKGROUND: NO atmospheric oxygen on THE MOON

The moon definitely has an atmosphere, albeit a rather thin one composed mostly of hydrogen, argon and neon. Nearly all life on Earth requires oxygen to survive, and the types of life that don’t all still need some sort of protection from the elements that a thick, Earth-like atmosphere can provide.

Nonetheless, a recent piece in the Conversation wondered how much oxygen was trapped in Moon rocks, and how that oxygen might be put to use supporting human colonists and other life forms that could one day make the Earth’s lone natural satellite their home.

First, lecturer John Grant notes in the Conversation piece, there is a significant amount of oxygen already stored in moon rocks.

“Minerals such as silica, aluminium, and iron and magnesium oxides dominate the Moon’s landscape,” Grant points out. “All of these minerals contain oxygen, but not in a form our lungs can access.” All told, that regolith is about 45% oxygen by composition, meaning there is a lot to access.

On Earth, separating the oxygen from the other material is accomplished primarily via electrolysis. Grant recommends the same process be used on the moon, using the manufacturing of aluminum on Earth as an example.

“An electrical current is passed through a liquid form of aluminium oxide (commonly called alumina) via electrodes, to separate the aluminium from the oxygen,” he explains. “In this case, the oxygen is produced as a byproduct. On the Moon, the oxygen would be the main product and the aluminium (or other metal) extracted would be a potentially useful byproduct.”

Of course, the analysis notes that this process is very “energy hungry,” and that it “would require substantial industrial equipment,” all of which would have to be flown to the Moon at a rather high cost, along with the power generation equipment such as solar or nuclear, to fuel the electrolysis process.

“We have the technology to do this on Earth,” the author notes, “but moving this apparatus to the Moon – and generating enough energy to run it – will be a mighty challenge.”

The first steps in moving this type of lunar oxygen generation station from theory to reality occurred just last month, when the Australian Space Agency and NASA agreed to work together on a new rover. Part of the American space agency’s ARTEMIS program, that Australian-made rover will cruise the lunar landscape collecting rocks that could one day provide this breathable oxygen. The post by Grant also notes that a Belgian company, Space Applications Services, recently announced the construction of three experimental reactors designed to improve the oxygen extraction portion of electrolysis. And, “they expect to send the technology to the Moon by 2025 as part of the European Space Agency’s in-situ resource utilisation (ISRU) mission.”

In the end, the idea is rather attractive given NASA’s goal of establishing a permanent base on the Moon. However, even if there is enough oxygen there to support humans for millennia, the author offers a final thought on the idea that is worth consideration.

“We do have it pretty good here on Earth,” Grant states. “And we should do everything we can to protect the blue planet — and its soil in particular — which continues to support all terrestrial life without us even trying.”