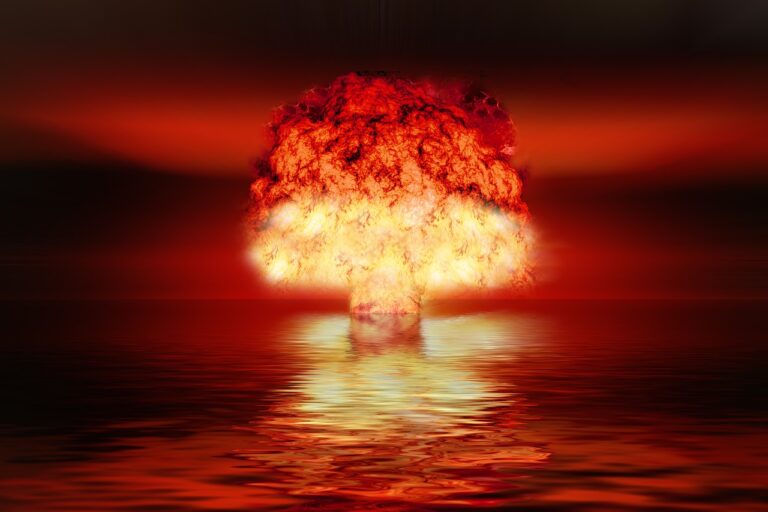 How to Survive a Nuclear War: Study Reveals the Safest Places to Wait Out the Conflict

New research indicates that Australia and New Zealand are the two best places on Earth to survive a nuclear war. The recently published set of calculations don’t focus on blast-related deaths or even deaths caused by radiation fall-out, which most estimates say would number in the hundreds of millions, but instead look at how a nuclear winter caused by nuclear bomb explosions would affect food supplies, potentially leading to the starvation of billions.

Since the first atomic bombs were dropped on the Japanese cities of Hiroshima and Nagasaki in 1945, effectively spelling the end of World War II, war game theorists have looked at a myriad of simulations to determine the potential effects of a full-blown nuclear battle. Many simulations look at the potentially hundreds of millions that would likely die in the initial blasts, while others have tried to model the slower but equally as deadly body count from radiation sickness.

Now, a team of researchers has modeled several nuclear war scenarios, ranging from local exchanges to a global conflict, to determine the long-ranging effects a nuclear winter may have on worldwide food supplies. According to their analysis, those deaths will likely be in the billions, with the residents of Australia and New Zealand seeing the lowest, yet still measurable, effects.

FAMINE COULD KILL 20 TIMES AS MANY AS NUCLEAR WAR

To make this determination, the research team started by analyzing the most recently available data on crop yields, marine fisheries, and other food supplies. Next, they gamed out a number of battle scenarios ranging from a localized nuclear conflict to a worldwide nuclear exchange.

Finally, after gathering those figures, they used the National Center for Atmospheric Research’s Community Earth System Model to determine how the tons of debris added to the atmosphere by these nuclear weapons exchanges would affect the world’s surface temperature, the amount of sunlight available for photosynthesis, and the effects on precipitation level.

In all, they looked at six different scenarios ranging in size and scope of conflict.

According to the published research, this relatively isolated exchange would still show significant enough effects on food production, reducing crop and marine yields by around 7%. As a result, they project that as many as 255 million people would die from famine in the following few years.

“The changes would induce a catastrophic disruption of global food markets,” the authors explain, “as even a 7% global yield decline compared with the control simulation would exceed the largest anomaly ever recorded since the beginning of the Food and Agricultural Organization (FAO) observational records in 1961.”

A more middling nuclear exchange involving a simulated 250 explosions projected that 27 million tons of material would be ejected into the air. In this scenario, higher latitude countries could see as much as a 50% drop in harvested food production and a 20-30% drop in fishery production.

In the most extreme example, where an all-out exchange between the United States and Russia results in thousands of bomb detonations, 150 metric tons of debris would be added into the atmosphere. In that case, humanity could lose as much as 75% to 90% of their food calories, resulting in the deaths of as many as five billion worldwide.

Among the most surprising results was the news that some countries would fare much better than others. Specifically, Australia and New Zealand showed the smallest reduction in available calories.

Of course, both countries would be less likely to be involved in the direct exchange, and their remote locations mean they are less susceptible to fall-out, But in this study, the biggest benefit is the two country’s ability to get as much as 50% of their calories from spring wheat. Unlike rice, which is the main food staple for much of the world, spring wheat in these southern latitudes appears to be quite resilient in the face of a nuclear winter. In fact, some of the models designed by the researchers even showed that the crop might improve yields.

HOW ABOUT A NICE GAME OF CHESS?

The authors are quick to note that even Australia and New Zealand would face some starvation, as they rely on as much as half of their food from other countries, a supply chain that will surely be interrupted in these various war scenarios, “as food-exporting nations halt exports in response to declining food production.”

The researchers also point out that other effects of war could impact food security in Australia and New Zealand, namely human displacement.

“If this scenario should actually take place,” the authors explain, “Australia and New Zealand would probably see an influx of refugees from Asia and other countries experiencing food insecurity.”

The researchers also determined that diverting food crops usually used for livestock, mainly maize, and soybeans, would only offer temporary relief and would not stave off the ultimate effects of global famine.

Finally, the researchers note that their predictions do not factor in the possible effects a loss of ozone could have on crop yields or the potentially devastating loss of pollinators like insects and birds.

The results of the study mirror those that have previously examined potentials involving which country would be likeliest to “win” an all-out nuclear war. However, the answer remains the same as it has been since the dawn of the atomic age: in a nuclear war, nobody wins.