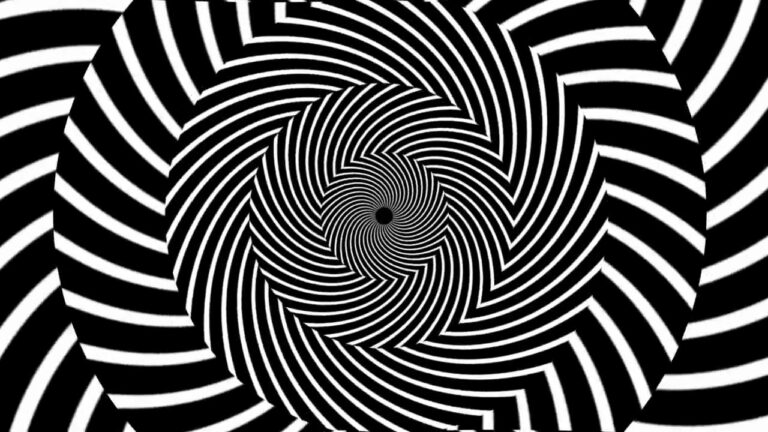 In a new study, researchers from the University of Turku in Finland found the brain’s normal information processes are radically altered whenever one undergoes hypnosis.

According to the study published in the Neuroscience of Consciousness journal, brain regions that normally share information to process external stimuli become fragmented and begin acting independently of each other during hypnosis. The results offer further neuroscientific evidence supporting that the brain functions quite differently during hypnosis than during normal wakefulness.

If verified, the study’s results could help end the long-standing debate of whether hypnosis actually involves induced states of consciousness or a “non-state” effect and form of imaginative role enactment by a participant.

“In a normal waking state, different brain regions share information with each other, but during hypnosis, this process is kind of fractured, and the various brain regions are no longer similarly synchronized,” said researcher Henry Railo from the Department of Clinical Neurophysiology at the University of Turku, in a press release.

BACKGROUND: Being Mesmerized By Hypnosis

Hypnosis refers to an induced state of semi-consciousness, in which a person’s peripheral awareness becomes significantly reduced, and they become highly susceptible to suggestion by a person guiding the hypnotic experience.

Many different cultures and religions have used Hypnotic-like trances as a form of meditation for thousands of years. However, today’s modern view of hypnosis is primarily based on 18th Century German physician Franz Mesmer’s work.

Mesmer theorized both animated and inanimate objects could transfer an invisible form of natural energy he called “animal magnetism.” Mesmer believed this force could have physical effects on people, including using it as a form of alternative medicine for healing.

By having one look fixedly into his eyes and going through a series of quasi-ritualistic motions, Mesmer believed he could treat various medical conditions by transferring his “animal magnetism” to a patient.

To examine Mesmer’s claims, in 1784, France’s King Louis XVI formed a Board of Inquiry, which included Benjamin Franklin, the father of modern chemistry Antoine Lavoisier, and Joseph-Ignace Guillotin, the man who proposed France carry out death sentences using an apparatus designed to behead a person efficiently. (Note: Joseph Guillontin did not invent the device that now carries his name, he only proposed its use for executions).

Ultimately, the Board of Inquiry concluded Mesmer’s results of people radically altering their behavior were valid. However, the changes resulted from the patient’s belief and imagination rather than the invisible energy force of “animal magnetism.”

So while his concept of “animal magnetism” has been nearly universally dismissed, Franz Mesmer did inadvertently stumble upon the practice of inducing states of altered consciousness, commonly known today as hypnotism. The word “mesmerized,” synonymous with being hypnotized or transfixed, originates from Mesmer’s name.

Though its validity is still a matter of debate today, hypnotism is still used in many differing applications.

Hypnosis in psychotherapy, or hypnotherapy, claims to help treat a range of psychological disorders such as addiction, pain management, irritable bowel syndrome, or reducing fears and phobia. Due to a lack of empirical evidence, most reputable medical organizations view hypnotherapy as alternative medicine rather than conventional scientific practice.

Stage hypnosis is a popular form of entertainment hypnotism. Typically, during a performance, a stage hypnotist will select persons from the audience to come up on stage and perform embarrassing acts while under a hypnotic trance. Limited research suggests that stage hypnosis results from a combination of psychological factors, including participant selection, suggestibility, physical manipulation, stagecraft, and trickery.

Arguably, the most controversial form of hypnosis involves recovered-memory therapy or memory regression. Through hypnosis, proponents say one can recall “lost,” often traumatic memories buried in the subconscious. The practice has been used to purportedly recover memories from people who say they’ve experienced alien abductions or even as a tool for gaining eye-witness testimony during criminal investigations.

The overwhelming majority of mainstream ethical and professional mental health associations consider recovered-memory hypnosis to be scientifically discredited and dangerous due to the high susceptibility of implanting false memories in a patient.

ANALYSIS: A State of Altered Consciousness or Live-Action Role-Playing?

Going back to Mesmer, the primary disagreement between scientists and psychologists regarding hypnosis has been the “state versus non-state” debate.

In an attempt to answer this long-standing question, the researchers from Turku University used the “perturbational complexity index” (PCI) measured by perturbational transcranial magnetic stimulation and electroencephalography (TMS-EEG). The process allowed researchers to track how magnetically-induced electrical current spreads throughout the brain during hypnosis and normal wakefulness.

“This allowed us to control the possible effects of the experimental setup or other factors, such as alertness,” explained Jarno Tuominen, Senior Researcher at the Department of Psychology and Speech-Language Pathology and co-author of the study.

Researchers used a 51-year-old female participant who was accessed to be a “hypnotic virtuoso,” or someone highly susceptible to hypnosis during the study. Researchers said the participant had previously demonstrated various exceptional cognitive phenomena while under hypnosis, including “vivid auditory and visual hallucinations.”

Researchers say they observed marked differences in brain activity between the subject’s baseline state of wakefulness and while under hypnosis. Notably, higher frequencies of brain activity, above the 24 Hz range, were more pronounced in the brain’s occipital region while the subject was under hypnosis. Meanwhile, in the frontal regions, there was a noticeable decrease in lower frequency brain activity. “This shows that spontaneous EEG activity markedly differs between the two conditions,” researchers note.

Ultimately, researchers say that results showed that while under hypnosis, brain activity becomes more complex. Regions that generally work together during wakefulness to allow for flexible responses to external stimuli become disconnected and work independently of each other while under an induced hypnotic state.

Similar changes in neuro-signal complexity and segregated connectivity have been observed in previously published studies on the neural effects of psychedelics, such as DMT, ketamine, psilocybin, and LSD.

Researchers acknowledge in their paper that using a single-subject design poses problems for the ability of results to be externally valid for generalization. Study authors, however, contend that single-subject studies are often used in neuroscience and have previously provided critical insights into the underpinnings of the human brain.

“While the single-subject design poses problems for generalizability, we consider it to be well suited for this particular question. The history of neurosciences and psychology showcase several areas where single cases have proven invaluable for scientific understanding and advancement, an approach that has recently been suggested as an invaluable addition to the neuropsychology research design toolkit,” noted researchers.

OUTCOME: What Does This Mean For Our Understanding of Hypnosis?

While the method of using PCI and TMS-EEG is unique to this recent study, the results seemingly confirm previous studies performed using other methods to measure brain activity while under hypnosis.

Previously published studies using fMRI imaging found changes in brain activity, including reduction of conflict in brain regions, and demonstrating that the types of suggestions a person is given can cause varied neurological responses. Increases in alpha wave frequencies have also been observed in the brain activity of persons undergoing hypnosis.

Going back to why the use of hypnosis for recovered-memory therapy is highly controversial, several past studies have noted increased activity in regions of the brain associated with imagination whenever a person undergoes hypnosis. While most scientists consider these results to be premature and not yet conclusive, preliminarily, this suggests hypnotic subjects are simply activating regions of the brain used in imagination and not experiencing actual perceptual changes.

When it comes to the “state vs. non-state” debate, researchers in this recent study say they are confident their results demonstrate the brain functions drastically different under hypnosis than it does during normal awake states of awareness. “Whether this qualifies as an altered state or not seems to be merely semantics, and dependent on the exact way the contentious term ‘altered state’ is defined,” researchers note.

The recent observations of segregated states of neural processing could explain the behavioral changes people experience while under hypnosis.

As regions become disconnected from each other and unable to synchronize communication, the brain lacks the normal ability to be spontaneously adaptive to react to internal or external stimuli. Meanwhile, the capacity to respond to suggestions increases, meaning hypnosis appears to facilitate neurological configurations that are not typically present during normal states of consciousness.

In essence, results suggest that when a hypnotist tells a person in an induced hypnotic state, they are a chicken, all of the brain’s varied regions that inform that person they are indeed not a chicken are, to some extent, disconnected and incapable of communicating this information. As a result, the person begins to cluck and flap their arms, imitating a chicken.

Researchers hope the results of their recent study will spawn new examinations and further theoretical advancements in hypnosis study. Researchers also note the question still remains of whether segregation of brain function during hypnosis is introduced gradually or does it occur suddenly once a certain threshold has been reached.

“Our research invites a future study on people occupying various positions on the suggestibility spectrum. Such a study would simultaneously function as a replication for this finding and possibly resolve the problem of generalizability inherent in single-subject studies,” authors mention in their paper’s closing remarks.