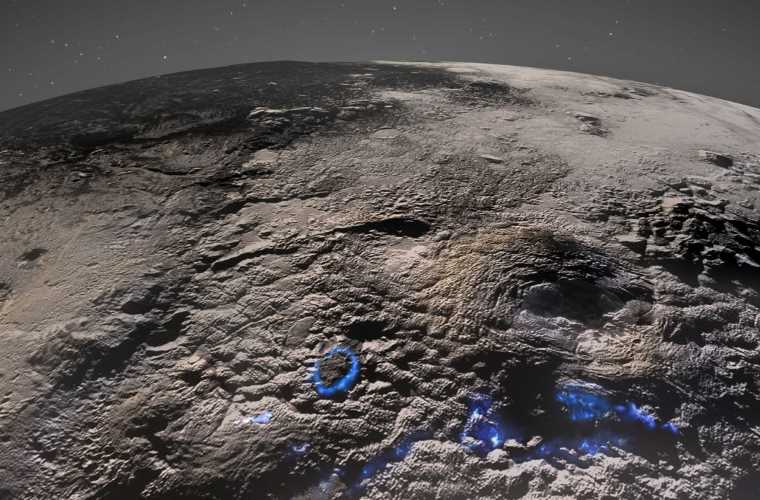 Ice volcanoes spotted on Pluto’s surface by NASA’s Horizon’s mission mean conditions may exist within the dwarf planet to support extraterrestrial life. Before Horizon, researchers believed Pluto was most likely inert. However, these newly spotted ice volcanoes were likely formed relatively recently due to the lack of impact craters in and around them.

Ever since NASA’s Viking landers first sampled the Martian soil back in 1976, the space agency has increased its efforts to find signs of life beyond Earth. Numerous satellites and rovers have combed the Martian surface to finally prove it had a watery past capable of supporting microbes. The Perseverance Rover is currently stashing away the most tantalizing samples for a future mission that will bring them back to Earth for closer analysis.

Another tantalizing target within the solar system is the clouds of Venus, where detection of the gas Phosphine has fueled speculation about Venusian microbial life. Other missions hope to fly a probe through the plumes of Jupiter’s moon Europa, where life may be abundant within a subsurface ocean.

This surprising announcement that Pluto also has underground water that forced its way to the surface means there may be enough energy-generating activity for life to take hold there.

LOTS OF CHALLENGES FOR E.T. WITHIN PLUTO

“We found a field of very large icy volcanoes that look nothing like anything else we have seen in the solar system,” study author Kelsi Singer, a senior research scientist at the Southwest Research Institute, told CNN.

These ice volcanoes on Pluto indicate that tectonic activity underneath the surface likely heated a large amount of water, forcing it to the surface where it almost instantly froze. The result is the domes spotted by Horizon.

“The icy material was probably more of a slushy mix of ice and water or more like toothpaste while it flowed out of a volcanic vent onto the surface of Pluto,” said Singer. “It is so cold on the surface of Pluto that liquid water cannot remain there for long. In some cases, the flow of material formed the massive domes that we see, as well as the lumpy terrain found everywhere in this region.”

That lumpy terrain makes scientists believe these eruptions must have happened relatively recently, at least in geological time, since the rest if the planet is mostly covered in impact craters.

“They could be like volcanoes on Earth that remain dormant for some time and then are active again,” explained Singer.

So, does news that Pluto may have volcanic activity (and subsurface water) mean that astronomers and astrobiologists who search for life beyond Earth have to add Pluto to their list?

“There are still a lot of challenges for any organisms trying to survive there,” said Singer. “They would still need some source of continual nutrients, and if the volcanism is episodic and thus the heat and water availability is variable, that is sometimes tough for organisms as well.”

Nonetheless, the mere presence of the ingredients needed to form ice volcanoes on Pluto means that some hardy form of life may have taken hold within the dwarf planet.

Given the vast distances involved, no follow-up mission to Pluto is on NASA’s current slate. However, the discovery of ice volcanoes inevitably adds the dwarf planet to the list of places astronomers believe life may exist, a list that only seems to get longer. However, if such a mission was approved, Singer has some suggestions.

“If we did send a future mission, we could use ice-penetrating radar to peer directly into Pluto and possibly even see what the volcanic plumbing looks like,” she said, perhaps betraying her hopes to explore the planet further.