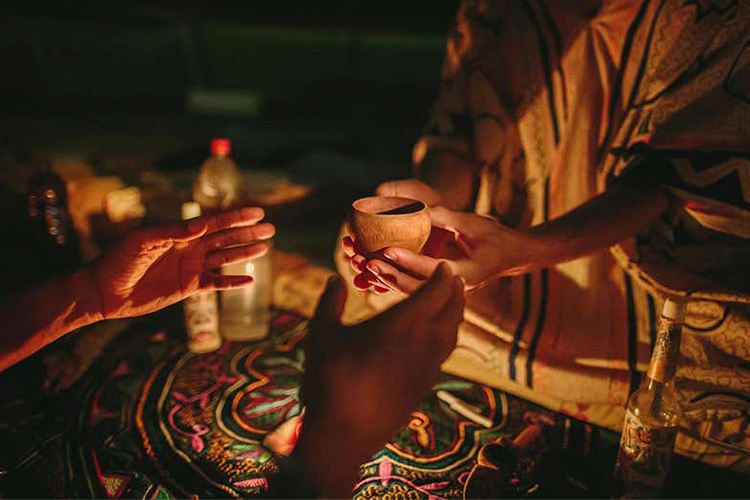 An international team of scientists says they have examined the adverse health effects associated with the trendy South American plant-based psychedelic drink ayahuasca, according to a new study.

Surveying over 10,000 people from more than 50 countries, researchers found that ayahuasca users reported exceptionally high rates of adverse physical and psychological health effects while on the drug. However, these negative effects were rarely severe, and nearly 90% of users considered them “completely or somewhat part of a positive growth process.”

Ultimately, the research suggests that measuring the pros and cons of ayahuasca use is more nuanced than other psychedelic drugs like LSD or LSD, or psilocybin.

Ayahuasca is a psychedelic drug made from the vines and stalks of several South American plants. The drug is typically consumed by being brewed into tea.

For at least 1000 years, ayahuasca has been used as an entheogen among the indigenous peoples of the Amazon basin, typically in religious rituals or as a shamanic spiritual medicine.

The mind-altering effects of ayahuasca tend to be more intense than other popular psychedelics, like LSD or psilocybin. Users often report feeling they can access “higher spiritual dimensions” or contact “extra-dimensional beings” who will act as guides or healers.

A 2018 study published in the journal Frontiers in Psychology found that during a blind placebo trial, the effects of ayahuasca were strikingly similar to those reported in near-death experiences, with users reporting sensations of leaving the body and suddenly finding inner peace.

In  The Cosmic Serpent: DNA and the Origins of Knowledge, Canadian anthropologist Jeremy Narby documents the profound understanding of Botanics, molecular biology, and DNA possessed by the indigenous people of the Pichis Valley in the Peruvian Amazon. According to Narby, the natives claim they gain this knowledge through shamanic rituals and interaction with the spirit realm while on ayahuasca.

In recent years, the non-traditional use of ayahuasca has become trendy in alternative medicine circles and among people hoping to have a profound mystical experience. This has led to a booming “entheogenic tourism” industry, with hundreds of “Ayahuasca retreats” emerging throughout South America.

Proponents of ayahuasca claim the drug is highly effective in treating many emotional and mental health problems, including post-traumatic stress, anxiety, depression, or addiction disorders. Others say that taking an ayahuasca trip can provide life-changing insight and one’s awareness of existence.

Celebrities like Lindsay Lohan and the British singer Sting have even touted the positive impacts of ayahuasca use.

“I [was] wired to the entire cosmos! I look at the ground, and I see a crack in the ground, and inside that crack, I see a little flower growing… it’s my brother – everything!” Sting described his ayahuasca experience while on vacation in Brazil.

“I realize for the first time this is the only genuine, religious experience I’ve ever had! It is this direct access to the godhead or whatever you think that is.”

A host of recent studies have reported finding no evidence for adverse short-term or long-term effects from the therapeutic use of the psychedelic drugs LSD or psilocybin. Yet, similar, rigorous, empirical research on ayahuasca is virtually non-existent.

However, several tragic incidents have raised concerns about the safety of consuming ayahuasca.

In 2014, 19-year-old British backpacker Henry Miller died after taking ayahuasca during a ceremony in Columbia. The following year, 24-year-old Matthew Dawson-Clarke died during a similar shamanic ritual in Peru. In 2018, billionaire Matthew Mellon died from a heart attack after taking ayahuasca in a Mexican drug rehab facility. Notably, coroner reports appear to indicate that Dawson-Clarke’s death resulted from a tobacco tea he consumed prior to the ayahuasca ritual, pointing to possible nicotine poisoning. Henry Miller’s cause of death was due to an apparent reaction to the ayahuasca yagé and another substance called scopolamine.

When asked if ayahuasca is dangerous, the Alma Healing Center in Ecuador says, “The hard truth is YES.” However, the alternative medical center, which refers persons to other Ecuadorian ayahuasca retreats, likens the dangers of using the drug to “the same way you might die if an anesthesiologist administers too much, or too little, anesthesia.”

To better understand the adverse effects of using ayahuasca, a team of scientists from Spain, Brazil, Australia, and Switzerland, used data collected from the Global Ayahuasca Project’s online survey, carried out from 2017 to 2019, involving 10,836 persons from more than 50 countries.

Examining responses, researchers found that a stunning number of ayahuasca users reported experiencing adverse physical and/or mental health effects while on the drug.

Of the respondents, 69.9% reported experiencing at least one adverse physical effect, and 55.4% of users said they had negative mental health issues while on ayahuasca.

The most commonly reported physical side effects were Vomiting or nausea (62%), headache (17.8%), and abdominal pain (12.8%). Roughly 7.5% of those surveyed reported experiencing breathing difficulties or aching muscles. Nearly 5% said they experienced chest pains, while only 1.3% claimed to have seizures.

Though reported adverse effects are extremely high, authors note that only 2.3% of participants said these instances were significant enough to require medical attention.

Researchers found that several factors increased the likelihood of experiencing adverse health issues, including older age, a pre-existing physical health or substance abuse disorder, lifetime ayahuasca use, or consuming the drug in a non-supervised context.

And while all of these adverse effects sound like things that most people would want to avoid, when objectively examining ayahuasca use, things become complicated.

Vomiting, headaches, anxiety, nightmares, etc., are all not only expected but considered part of the spiritual process by ayahuasca users. Typically called the “ayahuasca purge,” these adverse effects are considered part of cleansing one’s body and spirit from the negative energy or attachments weighing them down.

Underscoring this point, 87.6% of those surveyed said they believed the adverse effects they experienced were “completely or somewhat part of a positive growth process.”

“Ayahuasca has notable, although rarely severe, adverse effects according to the standards used for accessing prescription medications,” wrote researchers.

“In that sense, ayahuasca practices can hardly be assessed with the same parameters used for prescription medicines, since the myriad of its effects includes challenging experiences that are intrinsic to the experience, some of which are considered as part of its healing process.”

Further illustrating this point, “I have had numerous experiences where ayahuasca has brought difficult patterns into my awareness in my daily life, which is never comfortable, but always results in growth in the end,” an anonymous study participant wrote.

Authors also note that adverse effects may be more tolerable to users because it is not considered just a psychotherapeutic practice but also a spiritual one. “According to some spiritual traditions, the gaining of such spiritual insight will also involve initiates facing certain challenges.”

Ultimately, the authors say more research is needed to better understand what conditions increase the occurrence of adverse effects. Because the non-traditional use of the drug is steadily growing, researchers say that better awareness of avoiding adverse effects could help providers screen users before administration.

“In sum, the international expansion of ayahuasca practice creates a series of new challenges for global public health policy and regulation,” the authors write.

“Many are turning to ayahuasca due to disenchantment with conventional Western mental health treatments,” researchers add. “However, the disruptive power of this traditional medicine should not be underestimated, commonly resulting in mental health or emotional challenges during assimilation. While these are usually transitory and seen as part of a beneficial growth process, risks are greater for vulnerable individuals or when used in unsupportive contexts.”

The study Adverse effects of ayahuasca: Results from the Global Ayahuasca Survey was published in the journal PLOS Global Public Health.