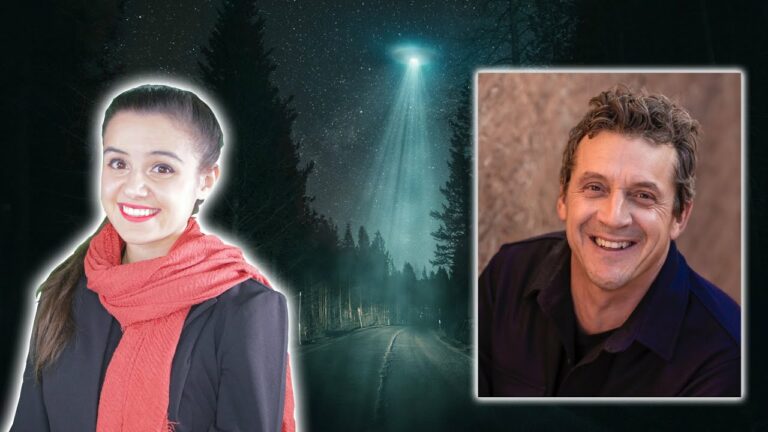 James Fox: Being Close to the Intelligence


Episode 3 of Debriefed with Cristina Gomez - Cristina interviews is documentary filmmaker James Fox, who has for 27 years been deeply involved in investigating alleged UFO encounters.

JAMES FOX • UFOs • Being Close to the Intelligence

Our guest on Episode 3 of Debriefed: Dig Deeper this week, is documentary filmmaker James Fox, who has for 27 years been deeply involved in ‘boots on the ground’ UFO investigations.

Having three best-selling UFO documentaries ‘Out of the Blue – 2003′, ‘I Know What I Saw – 2009′, and ‘The Phenomenon – 2020‘ under his belt, James has been a steadfast advocate and leader of the UFO / UAP Disclosure movement, and is spearheading a group of UFO Disclosure advocates with the ‘UAP ACT NOW’ demand to Congress to open up and make public as much previously classified UFO information as possible.

James has spent a considerable amount of his research efforts looking into the Phoenix Lights case of 1997, as well as many cases from around the world, with an emphasis on sightings of objects seen over military bases and sensitive installations.

James’ latest video production project is ‘The Phenomenon‘ which has already gained considerable critical acclaim for its attention to detail, and has in fact been show to many high ranking members of Congress, and members of the past Presidential Administration.

The explosive documentary is being hailed as the most credible and revealing film ever made about the long-standing global cover-up and mystery involving unidentified aerial phenomenon. Including shocking never-before-seen testimony from high-ranking government and military officials, NASA Astronauts, and riveting footage, the timely film includes bombshell reveals about UAP incursions at nuclear weapon facilities and the monumental events behind the NY Times’ recent disclosure of UFO videos and The Pentagon’s classified UFO Program. Providing eye-opening evidence that mankind is not alone in the universe, Senator Harry Reid says “The Phenomenon makes the incredible credible.”

What Do They Know About Us?


As the U.S. military and scientific groups continue trying to learn about UAP, maybe we should consider what the phenomena could know about us.

Former Senior CIA Officer Jim Semivan, calls it “The most important documentary of the year and the most accurate examination of the world’s greatest mystery.” Dr. Jacques Vallee says “70 years of secrecy has led to this. The most credible documentary ever made about UFOs.” Lue Elizondo, Former Director of the Pentagon’s Advanced Aerospace Threat Identification Program (AATIP), says “The Phenomenon sets a new benchmark for disclosure and is the most accurate and informative documentary ever made about UAPs.”