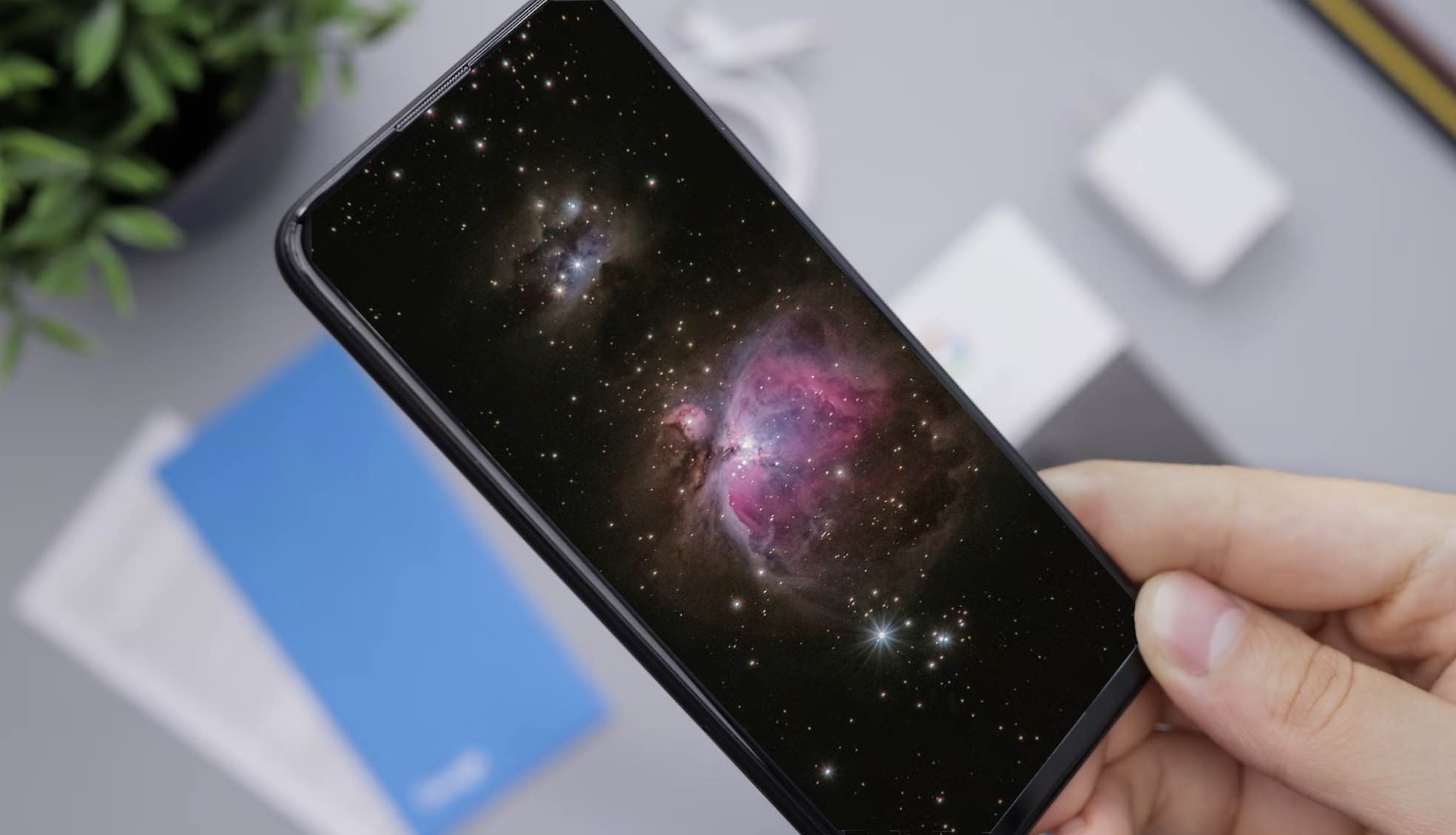 Knowledge, Belief, and the Cosmos: The Proper Way of Swiping Left or Right

The greatest privilege of a scientist is the comfort of responding to a difficult question with the answer: “I do not know.” Politicians do not have that privilege. Their job definition demands immediate answers. And so, they adopt a posture of confidence in seeking belief by their followers. This display of fake certainty is the make-up intended to cover the pimples of reality, those stubborn facts that do not flatter our ego – like the nothingness awaiting after death or our humbling insignificance in the vast cosmos.

Scientific knowledge is a work in progress, driven by raw curiosity – as naïve as the wonder of kids about the world with no practical or ego-centered motivations. What we assembled as our current body of scientific knowledge is an island in an ocean of ignorance. For example, what we know about the Universe since Edwin Hubble’s work a century ago, can be summarized on a spreadsheet of measured parameters, but lacks a fundamental understanding of the nature of dark matter, dark energy, and what triggered the Big Bang.

The only way to expand the landmass of the island of knowledge about reality is through scientific experimentation. Theoretical ideas are needed to motivate experiments, but reality represents only one out of many hypothetical possibilities and we need experiments to select the winning proposition. Extra dimensions or supersymmetry could serve as a sandbox for demonstrating mathematical virtuosity, but if there is no evidence for their existence – the numerous papers that were written about them might be as esoteric to our view of reality as the old philosophical discussions about how many angles can dance on the head of a pin?

The posture of “experts” to know answers in advance of collecting evidence is borrowed from politics but has no place in an honest scientific endeavor.  Historical notions of cosmology centered on Earth and on humans for the obvious reason that they flattered the ego and political interests of their promoters. But reality is under no obligation to make us proud of ourselves and we better adapt to it if we wish to prosper. This includes the possibility that intelligent civilizations could be, as I suggested in a paper with my former postdoc Manasvi Lingam, responsible for a small fraction of the population of fast radio bursts whose nature is still unknown.

Yesterday, I accidentally cut my hand with a knife while hastily preparing dinner. As I was placing the band-aid over the self-inflicted cut, it occurred to me that much of the pain in the world is caused by self-inflicted wounds – the result of accepting or dismissing ideas too hastily. This applies to politics where polarization is untethered by facts but also to theoretical physics where a large community of mathematical physicists are comfortable studying conjectures that will not be tested experimentally during their lifetime.

As with a dating app, we tend to swipe ideas to the left or to the right based on their superficial appearance or popularity, before scheduling an actual date in reality that would be far more informative. The comfort in avoiding a reality check often stems from a support group with a shared blind spot. Hence, the intellectual food we consume is often processed by large crowds. The remedy is to get ideas “from farm to kitchen”, namely from the fertile ground of evidence.

Society offers many possible stories about reality. The temptation to believe or dismiss them upfront should be avoided when dealing with lifetime commitments, or else this “arranged marriage” might lead to unhappy consequences. In a polarized society, views at the extremes consume all the oxygen in the room even if the middle ground represents common sense. Individuals often evaluate “what others might say” in adopting the path of least resistance within their community.

About half of all Americans are religious. In spiritual matters, conviction is acquired by the subjective experience of an individual. About two-thirds of Americans believe that intelligent life exists elsewhere in the cosmos. On this item, scientists should be guided by evidence.

Given this perspective, I was startled by the response of the scientific community to the possibility that some interstellar objects may be technological relics of extraterrestrial civilizations. After all, our civilization launched five interstellar probes over the past half-century, and we know that a substantial fraction of Sun-like stars formed billions of years before the Sun and have a habitable planet the size of the Earth. But most importantly, three (IM1, IM2 and `Oumuamua) of the first four interstellar objects (with the familiar fourth being the comet Borisov), appeared anomalous relative to known space rocks from the Solar system, allowing for the possibility of an artificial origin.

But at the same time, I was shocked to witness the response of the community of believers in the extraterrestrial interpretation of Unidentified Aerial Phenomena (UAP), when I criticized the suggestion of “new physics” to explain the lack of fireballs in a report about large dark objects over Ukraine, moving faster than the escape speed from Earth based on highly uncertain distance estimates by Ukrainian astronomers. Common sense suggests that the belief in new physics must be based on robust distance estimates from triangulation rather than historical anecdotes. The threshold for declaring new physics should not be lowered just because this idea is far more exciting than the alternative. For example, the decade-old report that neutrinos travel faster than light stimulated many papers before it was recognized that a fiber cable was not properly screwed during the data gathering. Incorrect interpretation of our “date with reality” could also lead to an unhappy marriage.

Altogether, it was a sobering revelation for me to realize that adopting the agnostic middle ground faces severe scrutiny from both sides of a polarized community. Under such circumstances, progress in our scientific knowledge is suppressed by both skeptics and believers who prefer not to abandon their premature convictions.   We often complain about politics being shaped by such tendencies. I never imagined that scientific inquiry suffers from it as well.

The suite of instruments assembled by the Galileo Project will seek the evidence needed to properly swipe the extraterrestrial interpretation of UAP to the left or to the right. Next week, the Galileo research team is starting to collect data and analyze it without prejudice. We are intrigued by past UAP reports but are agnostic on whether they represent human-made, natural terrestrial phenomena or something else.

Shortly after cutting my hand, I had an interview with the Stanford philosopher, Paul Skokowski. Being shaken by the cut, I told him that life is short and we better focus our limited time on ideas that we could test experimentally during our life. We are tempted to imagine hypothetical notions, such as that better copies of ourselves exist in the multiverse or that life exists after death. The fate of believers resembles an experimentalist entering a black hole with the goal of testing a quantum-gravity model for the singularity but having no opportunity to return back and report to the rest of us whether the model is wrong. 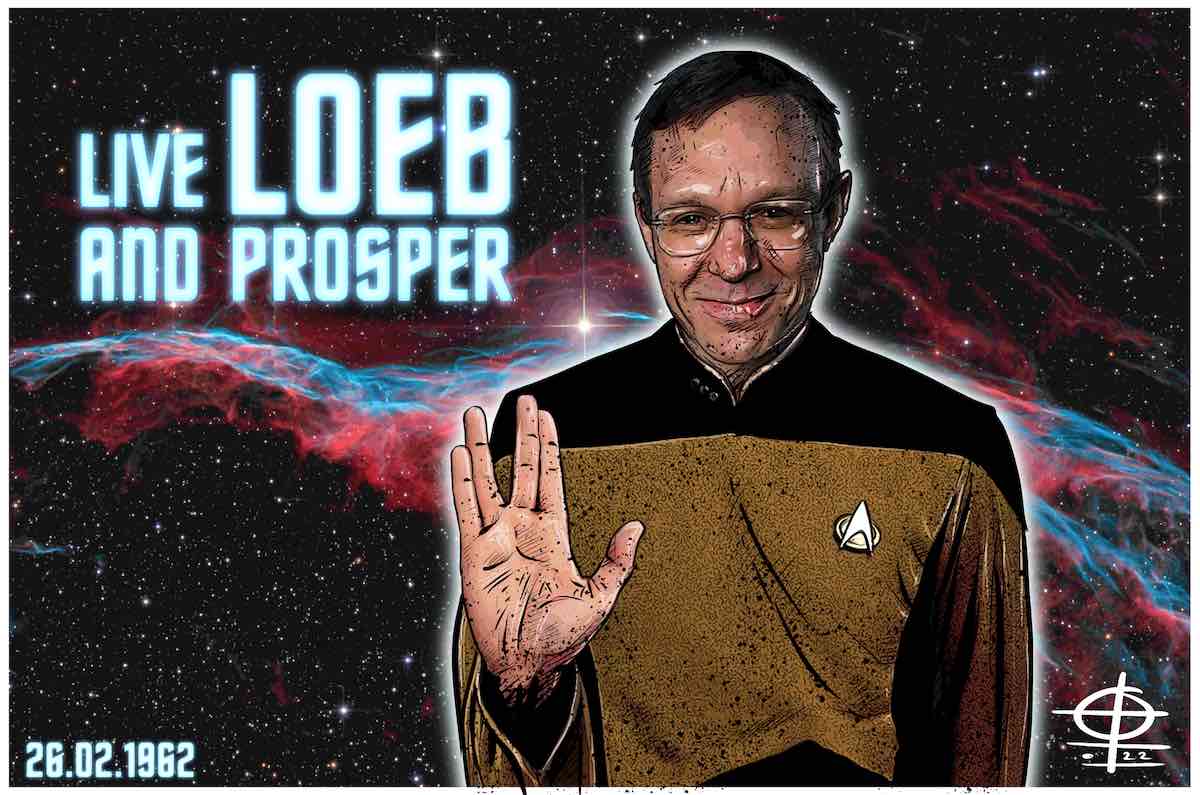 Natural selection favors those who adapt to the actual reality we all share rather than to its imagined alternatives. During my podcast with William Shatner, who portrayed Captain Kirk in Star Trek, I noted that I prefer science over science fiction. Afterward, a Shatner fan tweeted my image with a paraphrase of the Vulcan salute: “Live long and prosper!”