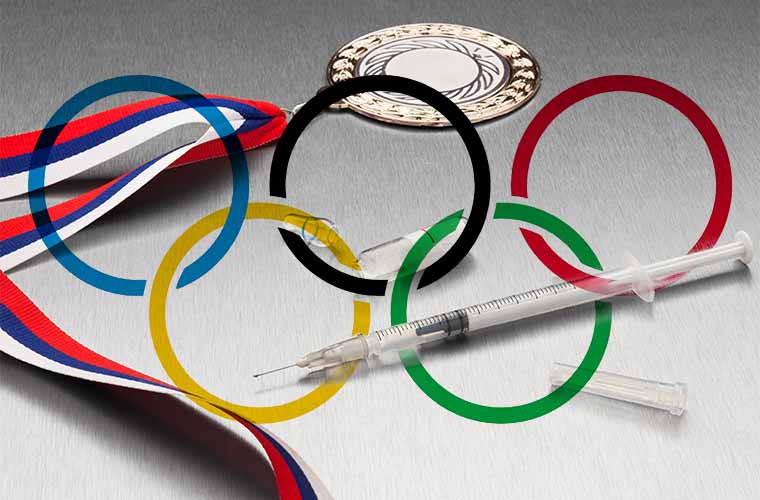 Will The Olympics’ Newest Narc be a Drug-Sniffing A.I.?

Doping in professional sports has become a bigger issue thanks to two different documented instances that happened at the 2020 summer Olympics and this year’s winter Olympics. While doping can give athletes a competitive edge, it can also seriously jeopardize their health. To help fight against athletic doping, scientists from Saarland University in Germany are implementing artificial intelligence to help track the problem more effectively, along with developing better anti-doping laws for global sports.

The Olympics represent the pinnacle of professional sports, and as such, many athletes will do anything to get there. Athletic doping has been an occurrence at the Olympics for over a century. One of the earliest accounts of doping was in 1904 when American marathoner Thomas Hicks was given strychnine and brandy by his coach during the race. More recent doping incidents have stirred up ethical concerns. In July of 2021, U.S. track and field athlete Sha’Carri Richardson was banned from competing in the Olympics after testing positive for marijuana. Her ban led to protests and questions by the running community. As of early February, Russian ice skater Kamila Valieva tested positive for the heart drug trimetazidine. While she was not banned from the event, the Olympic committee did promise to suspend any ceremony if she medaled. This led to further protests by Richardson who pointed out an obvious double standard in doping regulations.

The World Anti-Doping Agency (WADA) oversees all cases of doping at the Olympics. They are the ones that set the levels for certain banned substances that may disqualify an athlete or not. In the case of Valieva, the doping tests had a 45-day lag, leading to questions about accuracy and fairness for setting doping rules. Because of this, WADA and others are looking for alternative ways to effectively test for doping.

Researchers at Saarland University believe they have found the solution using AI. Because AI uses pre-inputted data sets to make future predictions, it could be effective at recognizing clear signs of doping. To test this, the researchers inputted doping tests into the system, then gave the system blood and urine samples to examine. The system was able to effectively show which samples had enhancers in them.

In a separate experiment, the researchers collaborated with WADA to determine if their AI system could detect urine swapping. This process (as seen in the award-winning documentary Icarus) occurs when someone swaps a ‘dirty’ urine sample for a ‘clean’ one to pass the tests. The system was able to detect which urine samples had been switched. As Professor of Business Informatics at Saarland University, Wolfgang Maaß explained: “The sensitivity of our methods is already very high, as is its specificity, but we can improve it even further. This leads us to think that AI methods can be used as an effective tool to support anti-doping investigations.” The researchers are hoping to continue working with WADA to make the testing process more efficient.

AI might be the exact solution WADA and the Olympics committees need to make the testing process faster and more effective. A better system can help decrease ethical concerns and help athletes to compete in a fairer manner.