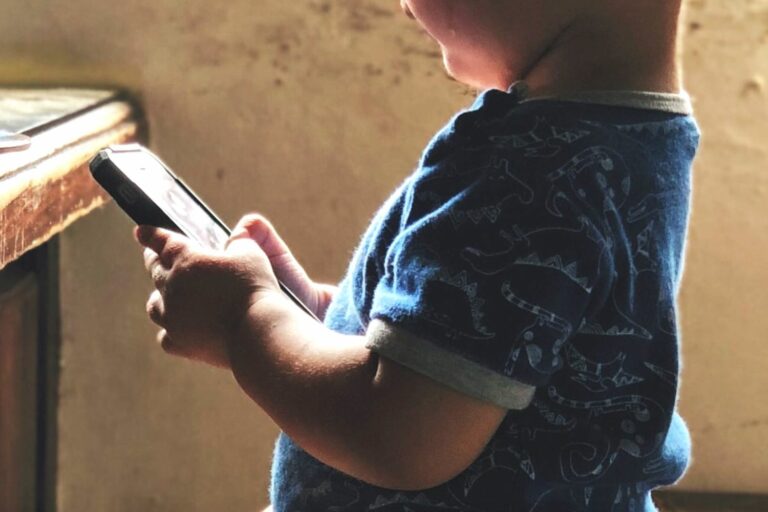 “Humanity is acquiring all the right technology for all the wrong reasons,” quipped the famed inventor R. Buckminster Fuller.

In the modern world, we have surrounded ourselves with technologies of every kind. As efforts move ever steadily toward bringing to fruition an “internet of things,” where our environments become as interactive as the online world we interface with through devices like smartphones, soon we won’t merely be surrounded by technology: we will be immersed in it.

A natural question that arises from this is, will we be better for it? While most technologies aim to improve certain aspects of our lives and way of living, occasionally there are also side effects, which was the case in one recent study by Hungarian scientists which gauged the way preschoolers were affected by early exposure to mobile devices.

Smartphones and tablets, according to the authors of a paper that outlined the team’s research, “are now being used at an early and neuroplastic age by an ever-growing number of children, with this use likely affecting cognitive development.”

According to the paper’s abstract, “In a cross-sectional study, we investigated whether frequent [ mobile device ] user preschoolers exhibit different attentional and socio-cognitive skills compared to non-users.” The researchers followed this with a second study, where children were tested in terms of how their attention spans were affected by exposure to two varieties of games: traditional, non-digital games, and videogames. The researchers aimed to try to understand the ways that both varieties of games affected attention performance, in addition to whether the pace of the game had an influence on these effects.

“Findings of both studies indicate pre-existing and experimentally-induced [ mobile device ] use was associated with global precedence in selective attention tasks,” the researchers found, “but an atypical, local precedence in a divided attention task.” By this, the researchers mean that consecutive tasks, an example of which they give as children who played a balloon-shooting game for more than five minutes, induced detail-focused attention patterns. Conversely, children playing a non-digital game (the researchers selected whack-a-mole for this) displayed a more global focus pattern.

In short, the children who played more digital games appear to be less likely to see the proverbial forest for the trees.

“Further, playing with a fast digital game eliminated the advantage of selective attention over divided attention observed in the non-digital and slow digital game conditions,” the researchers write.” On a disturbing note, the study also showed that the early use of a mobile device like smartphones or tablets seemed to show little association with emotional recognition. The researchers do state, however, that such devices and their use appear to impact theory of mind negatively.

In modern psychology, theory of mind involves the fundamental social-cognitive skill having to do with an individual’s capacity for thinking about their own mental state, and those of others, having to do with everything from knowledge, to beliefs and emotions.

According to the researchers, use of digital devices “was associated with worse theory of mind.” In the paper’s abstract, the authors state that “the observed correlates and effects of [mobile device] use, and specifically of games, can be explained by a combination of [the device’s] characteristics (e.g., screens are rich in local and multiple modes of information, relatively limited social experience) and game characteristics (e.g., fast speed).”

The results of the study, the authors argue, may help with future design, development, and optimization of games, although they also say it “may even call for influencing parameters of [mobile device] use that could affect mental functioning in this sensitive age.”

“The effects of early-life experiences on cognitive processes can be long-lasting and robust,” the study says, which appeared in the journal Computers in Human Behavior. The research was led by Professor Adam Miklosi, and the paper’s lead author was Veronika Konok, both of Eötvös Loránd University’s Faculty of Science.

Much could be said about the technology of today, though few would argue that the main focus of our innovations aims to improve our lives. And yet, to quote another luminary of the last century, physicist Albert Einstein once noted that, “It has become appallingly obvious that our technology has exceeded our humanity.”

Perhaps, in light of such recent studies and the ways they impact growth and development, we should remember musings like these, and more fundamentally, consider the long-term impact of handing off a mobile device like tablets or smartphones to our toddlers, rather than toys, books, and other more traditional implements of learning.