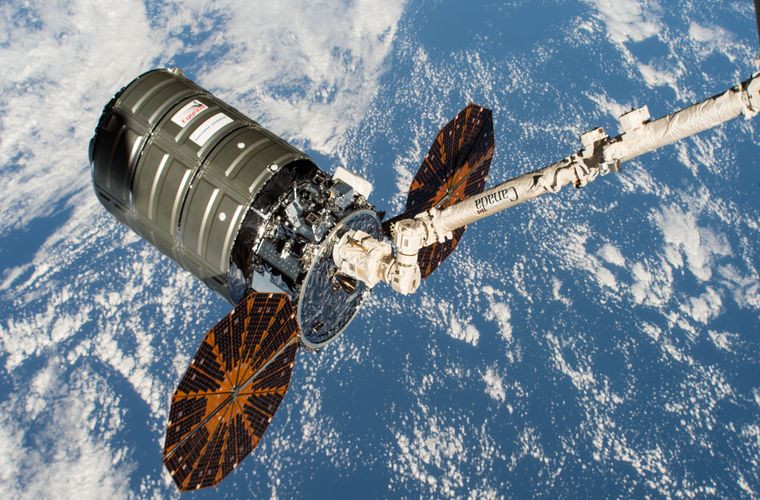 The staff at NASA has a reputation for being nerdy at times. According to one recent article, the staff had been photoshopping photos of their astronauts into popular culture movie posters, ranging from Star Wars to the Matrix.

More recently, NASA has channeled its nerd culture into names and acronyms, such as the Nemo crater (named after Captain Nemo) or Kubrick Mons (named after Stanley Kubrick), both craters on Pluto’s moon Charon. While these names may get a smile or two, their most recent instrument, the NACHOS imager, is sure to get a giggle. Even though this imager has a humorous name, its impact in space will be quite important, as it studies volcanic activity.

The imager is a prototype designed to look at volcanic activity and air quality. The “Nanosat Atmospheric Chemistry Hyperspectral Observation System” (NACHOS) will use a special type of imaging system to identify trace gasses in areas as small as the Mall of America in Minnesota, or 0.15 square miles. The imager is just 13 pounds and 18 cubic inches. The system also uses onboard processing algorithms, allowing faster transmissions to Earth and smaller data sizes. Researcher and task lead with the Space and Remote Sensing Group at the Department of Energy’s Los Alamos National Laboratory, Steve Love, explained. “More power and less weight set NACHOS apart and make it an excellent candidate for future atmospheric trace gas emissions.”

Analysis: Turning Up the Gas

Using the imager, the team at NASA can better predict volcanic activity, as well as look at air quality in cities, individual power plants, and neighborhoods. “A dormant volcano just waking up may emit SO2 before there is any detectable seismic activity,” Love added, “That gives us a chance to identify a potentially erupting volcano before it blows.” As atmospheric gasses can give lots of insights into specific Earth systems, scientists hope to use NACHOS to learn more about climate change and air pollution, especially as weather phenomena continue to shift for the planet.

NACHOS is a one-of-a-kind machine, due to its efficiency and small size. “There are excellent instruments in orbit gathering data on atmospheric trace gasses, but they are too expensive to produce and maintain,” said Love. “If we want to expand this scientific capability, we’ll need a more cost-effective solution.” NACHOS seems to be a possible solution to this problem. Currently, the imager is aboard the Northrop Grumman’s Cygnus Spacecraft until May 2022. Then the spacecraft will be released from the International Space Station, where it will place NACHOS in a low-Earth orbit. The imager is expected to remain in orbit for around a year. “That will give us enough time to verify our instrument design and gather enough test data to ensure our technology is feasible,” added Love.

Because NACHOS seems to be already off to a good start, NASA is making a second NACHOS imager which will be released into low-Earth orbit in winter of this year.