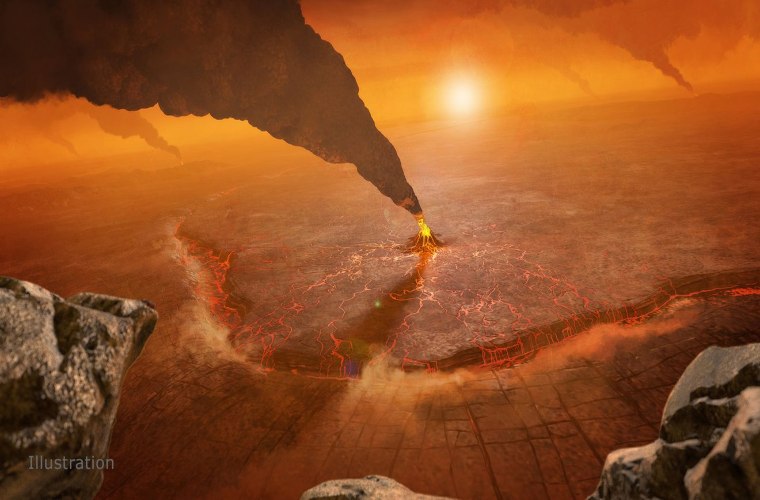 At approximately 41 million miles away, Venus is Earth’s closest planetary neighbor. However, numerous unanswered questions remain about its geology, geography, atmosphere, and potentially wet past. Early missions in the 1960s offered a few clues, and after launching in 1989, NASA’s Magellan mission spent four years mapping over 98% of the planet’s surface. That detailed map is still the standard in use today.

More recently, the only planet named for a female Roman god made news again when scientists detected phosphine gas in its atmosphere, signaling a potentially biological process at work.

Now, a pair of missions will look to improve upon that first detailed map and gather data across a range of sensors to try to answer some of the questions scientists have been asking for years. These include efforts to determine how Venus became a runaway hothouse, if it may have been the first inhabitable world in our solar system with an Earth-like climate and possibly even an ocean, and even some initial attempts to explain what may be behind that tantalizing 2020 phosphine detection.

“We’re revving up our planetary science program with intense exploration of a world that NASA hasn’t visited in over 30 years,” said Thomas Zurbuchen, NASA’s associate administrator for science, in a recent State of NASA Address where the two missions were announced. “These two sister missions both aim to understand how Venus became an inferno-like world capable of melting lead at the surface,” added new NASA chief Bill Nelson at the same event.

Background: NASA Is Going to Venus

Dubbed “DAVINCI+” (Deep Atmosphere Venus Investigation of Noble gases, Chemistry, and Imaging) and “VERITAS” (Venus Emissivity, Radio Science, InSAR, Topography, and Spectroscopy), the two announced missions are part of NASA’s Discovery program. According to the program site, Discovery “invites scientists and engineers to assemble a team to design exciting focused planetary science missions that deepen what we know about the solar system and our place in it.”

The site also explains how Discovery works alongside the administration’s larger missions by “using fewer resources and shorter development times.” The recently selected DAVINCI+ and VERITAS missions aim to meet that goal with a budget of $500 million each and a proposed launch window between 2028 and 2030.

“Using cutting-edge technologies that NASA has developed and refined over many years of missions and technology programs, we’re ushering in a new decade of Venus to understand how an Earth-like planet can become a hothouse,” said Zurbuchen. “Our goals are profound. It is not just understanding the evolution of planets and habitability in our own solar system, but extending beyond these boundaries to exoplanets, an exciting and emerging area of research for NASA.”

While both missions share a destination and launch window, each will be armed with entirely different sets of tools and with completely different objectives.

For VERITAS, this involves placing the craft in orbit around the 2nd rock from the sun, then tasking its synthetic aperture RADAR to make a detailed map of the surface.

“VERITAS will chart surface elevations over nearly the entire planet to create 3D reconstructions of topography and confirm whether processes such as plate tectonics and volcanism are still active on Venus,” the mission announcement explains. “VERITAS also will map infrared emissions from Venus’ surface to map its rock type, which is largely unknown, and determine whether active volcanoes are releasing water vapor into the atmosphere.”

DAVINCI+, on the other hand, will be focused on Venus’ atmosphere to learn how it formed and evolved, as well as if the planet may have had an ocean at one time.

To accomplish this task, DAVINCI+ will drop a probe, or “descent sphere” into the thick Venusian atmosphere that will take precise measurements of noble gases and other chemical elements along the way. The team hopes that those measurements will answer, once and for all, why Venus’ atmosphere is basically a runaway hothouse compared to Earth’s, even though the two planets are nearly identical in size.

In an email to The Debrief, NASA’s Discovery Program scientist Tom Wagner said, “DAVINCI+ is going to make a comprehensive suite of chemical measurements—including the key components of phosphine–that will tell us about chemical cycling in Venus’ atmosphere across the board.”

As far as any follow-up on the recently discovered phosphine, Wagner told The Debrief that the instruments currently planned for DAVINCI+ are mainly designed to measure phosphine at higher levels than the 2020 detection indicated and not in the range of the still controversial signal. However, he explained, along with their primary science goals, the DAVINCI+ team will “look into ways of detecting phosphine at much lower levels during mission development over the coming years.” Plus, he said, even if they don’t confirm the 2020 signal, the currently planned instruments will help narrow the search and “provide constraints on phosphine origins.”

On top of their primary mission equipment and sensors, both VERITAS and DAVINCI+ will carry additional experiments.

DAVINCI+ will carry the Compact Ultraviolet to Visible Imaging Spectrometer (CUVIS). Designed and built by the folks at NASA’s Goddard Space Center, the mission announcement says that CUVIS will “make high-resolution measurements of ultraviolet light using a new instrument based on freeform optics.” Plus, it says these observations will help scientists to “determine the nature of the unknown ultraviolet absorber in Venus’ atmosphere that absorbs up to half of the incoming solar energy.”

DAVINCI+ will also take the first high-resolution pictures of something called “tesserae,” a set of global features unique to Venus. Because these tesserae appear somewhat similar to Earth’s continents, researchers hope to study them more closely than current planet images allow, possibly determining if the planet once had a process similar to plate tectonics.

Inspector General Will Have a Critical Role in the ‘UFO Mystery’

Although these two missions are still years away from being launched, Wagner told The Debrief that there are already more missions to Venus in the works, including possible missions to sniff out that phosphine trail.

If selected, he explained, those and other missions will either be chosen through the competitive Discovery program, “which is open to any scientific ideas for missions to study the solar system, exclusive of the Sun and Earth, which are covered by other NASA programs,” or via NASA’s New Frontiers Program, which he says “also accepts proposals for competed missions.”

Wagner also told The Debrief that the National Academies of Sciences, Engineering, and Medicine (NASEM) is currently drafting their Planetary Science and Astrobiology Decadal Survey 2023-2032, which NASA typically uses to help determine possible goals for future missions, and which may offer guidance for these efforts.

When asked what launch platform will be used, Wagner said that “launch services have not been procured for the recently selected Venus missions, and are generally selected a few years out from the launch.”

As for the future of DAVINCI+ and VERITAS, Zurbuchen said at the June 2 event that he expects powerful synergies across NASA’s science programs, including projects like the soon to be launched James Webb Telescope, and that the data these missions retrieve may be of use across an entire range of scientific disciplines.

On the other hand, Wagner noted how those who study Venus specifically would be the most immediate beneficiaries.

“It is astounding how little we know about Venus,” he said, “but the combined results of these missions will tell us about the planet from the clouds in its sky through the volcanoes on its surface all the way down to its very core. It will be as if we have rediscovered the planet.”