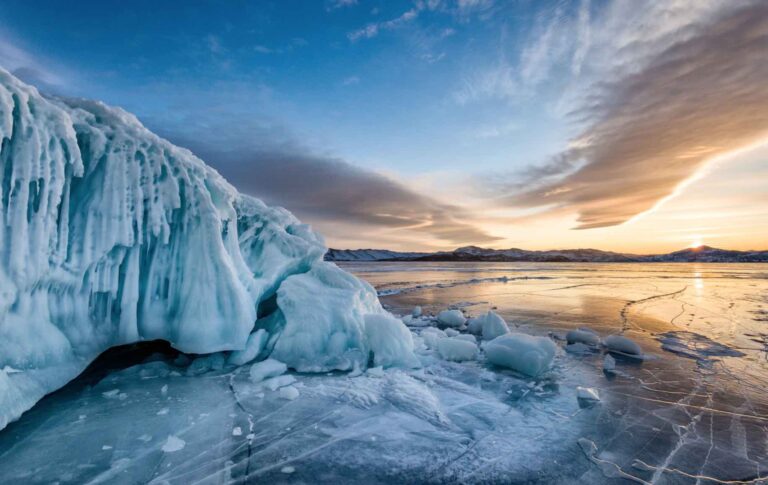 Lurking dormant beneath the frozen surface of remote Siberia for tens of thousands of years, a mysterious lifeform is now awake again for the first time since giants like the mastodon still roamed the Earth.

If this sounds like the subplot to a science fiction film drawing from the cosmic horror of H.P. Lovecraft’s Cthulhu Mythos, think again. The recent resuscitation of a bdelloid rotifer, an organism recovered from Siberian permafrost, marks its first awakening in close to 24,000 years.

Drawing its name from the Greek word for leeches, bdelloid rotifers, or bdelloidea, are a surprisingly diverse group of microorganisms that are found all around the globe in various freshwater locales. Key to what distinguishes them from other varieties of rotifers, however, is their unique ability to reproduce without insemination, as well as their ability to enter suspended animation where the creatures become dehydrated to the point that they enter a dormant state known as anhydrobiosis.

The discovery of the 24,000-year-old survivor in question was made by scientists with the Soil Cryology Lab in Puschino, Russia, who used radiocarbon dates supplied by analysis from the University of Arizona AMS Laboratory to determine the age of the specimen. Recovered from samples of permafrost obtained along the Alazeya River, the researchers say they are certain that a more recent specimen wouldn’t have been able to burrow into the lower strata, giving the appearance of an older discovery of one of the creatures, on account of the solidity of the frozen ground.

Bdelloidea have long been renowned by scientists for their peculiar qualities, which also include their role throughout time as what some call “ancient asexuals.” Fossil evidence supports the success of their unique biology with discoveries indicating their presence on Earth for more than 25 million years.

With the recent recovery of living rotifers from the Siberian permafrost, scientists are now considering the implications of such amazing survival capabilities, and their possible applications in a variety of fields that may range from cell regeneration to long-term space missions.

Scientists involved with the study noted that the recovery of the 24,000-year-old rotifers is not the only instance where a species has been discovered after having survived an incredible length of time. Prior to the recent research, stems of Antarctic moss that had been encased in ice for close to 400 years were regrown from samples believed to have been more than a millennium old. The study’s authors also cite examples where campion plants were successfully brought back to life from seed tissue that had been preserved in 32,000-year-old permafrost deposits. Additionally, they recall an instance where nematodes, a variety of worms similar to roundworms, survived in Siberian permafrost and were successfully revived after 30,000 years.

“This constitutes the longest reported case of rotifer survival in a frozen state,” the study’s authors confirm. The finding was determined with the aid of gene sequencing, and the scientists determined that the 24,000-year-old rotifer belongs to the genus Adineta, which was compared to and matched with similar samples from a modern specimen recovered in Belgium.

“Our discovery is of interest not only for evolutionary biology but also for practical purposes of cryobiology and biotechnology,” the researchers say.

The study, entitled “A living bdelloid rotifer from 24,000-year-old Arctic permafrost” by Lyubov Shmakova, et al, was published in Current Biology and can be read online.