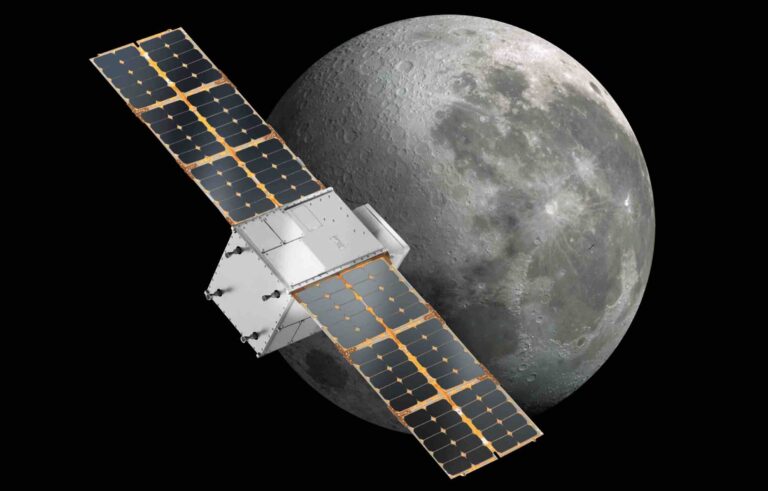 Currently, CAPSTONE is in low Earth orbit, and will only reach lunar orbit after four months. Once it gets to the Moon, it will take a week to complete a full orbit. A second CAPSTONE launch is slated for early November, and NASA is already expressing excitement about how promising these spacecraft are, and what they’ll be able to achieve with its CubeSat technologies.

Background: What is a CubeSat?

According to NASA, a CubeSat is a small satellite (nanosatellite) research spacecraft. No bigger than a microwave and weighing about three pounds, these mini-satellites are sent up on rockets to prepare for upcoming missions. Their small weight gives an easy payload for any rocket to carry.

“CubeSats now provide a cost effective platform for science investigations, new technology demonstrations and advanced mission concepts using constellations, swarms disaggregated systems,” a NASA FAQ page states. With the CAPSTONE launch from New Zealand, its CubeSat was transported atop a 59-foot-tall Rocket Lab Electron vehicle. Now that the CubeSat is in space, NASA can use it to assist in preparation for its upcoming launches.

Analysis: The Next Phase of Space Craft

The CAPSTONE launch and its CubeSat were specifically sent into space to prepare for NASA’s Gateway, a proposed space habitat that will serve as a rest stop for astronauts traveling to and from the Moon. The CubeSat will test the Moon’s orbit to see if it is feasible for Gateway. Though the satellite collects and sends data for NASA and its scientists, it is actually operated by the Colorado company Advanced Space.

As Jim Reuter, an associate administrator for the Space Technology Mission Directorate, said in a statement, “CAPSTONE is an example of how working with commercial partners is key for NASA’s ambitious plans to explore the Moon and beyond. We’re thrilled with a successful start to the mission and looking forward to what CAPSTONE will do once it arrives at the Moon.”

Outlook: CubeSat, Artemis, and Beyond

Throughout its journey, NASA will be allowing viewers to follow along through the resources available at NASA’s CAPSTONE webpage, as well as its social media accounts.

“NASA partners will test cutting-edge tools for mission planning and operations,” NASA said in a statement, “paving the way and expanding opportunities for small and more affordable space and exploration missions to the Moon, Mars and other destinations throughout the solar system.”