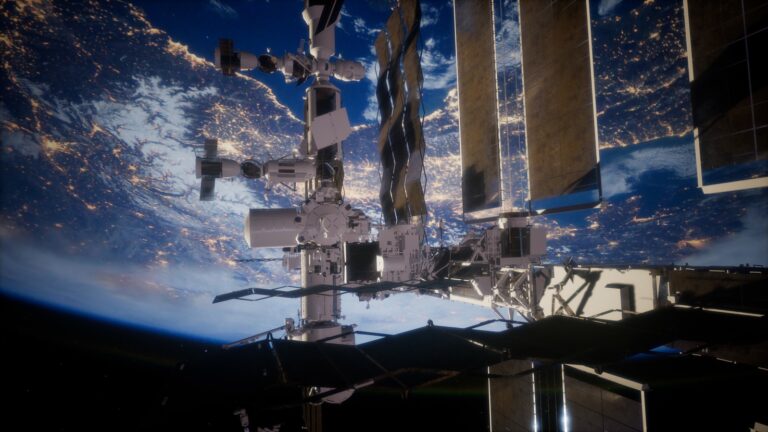 NASA is looking ahead at the next decade with the release of an updated International Space Station (ISS) Transition Report, outlining its goals as the space station nears the end of its operational lifespan.

According to the space agency, the ISS will continue operating until the end of 2030, at which time it is expected that commercial successors will then be in operation. As for the ISS, once decommissioned, it will be crashed into one of the remotest areas of the Pacific Ocean, a location called Point Nemo.

With more than two decades in orbit, the space lab has been host to more than 200 astronauts from nearly 20 countries. The recent report, in response to a request from Congress, provides a clearer picture of NASA’s goals over the next decade as it seeks to maximize the benefit of continuing to employ the ISS through 2030.

“As NASA looks forward to a decade of results from research and technology development aboard the International Space Station, the agency is taking steps to ensure a successful transition of operations to commercial services,” the space agency said in a recent press release.

The U.S. space agency’s goals are to ensure both technical and budgetary considerations in advance of the transition while meeting the burgeoning demands of an increased commercial presence in low-Earth orbit.

Robyn Gatens, current director of the International Space Station, referred to the ISS’s final decade in operation as its “most productive decade as a groundbreaking scientific platform in microgravity,” calling it “one of results, building on our successful global partnership to verify exploration and human research technologies to support deep space exploration, continue to return medical and environmental benefits to humanity, and lay the groundwork for a commercial future in low-Earth orbit.

“We look forward to maximizing these returns from the space station through 2030 while planning for transition to commercial space destinations that will follow,” Gatens said.

NASA’s updated plans for the ISS follow a November report by NASA’s auditing body, which similarly anticipated the extension of operations through 2030 in advance of space operations currently performed aboard the ISS transitioning to commercial space stations.

“Anticipating its retirement, NASA has committed to replacing the ISS with one or more commercially owned and operated space destinations,” the report’s authors stated. Congress had previously authorized $17 million to fund the transition, although NASA anticipates a budget of $150 million to ensure completion.

While laying the groundwork for future space operations with its commercial partners who are working to build the ISS’s eventual successors, the November report by NASA’s auditing body emphasized future missions to the Moon and Mars will require the presence of an ongoing orbital research station to facilitate scientific testing. Specifically citing the Artemis mission, the report stated that such future missions are “not feasible without continued human health research and technology demonstrations being conducted on the ISS and its eventual replacement.”

“As long as humans intend to travel in space, NASA expects research and testing will be needed in the microgravity environment of low Earth orbit,” the report added.

NASA’s new plans to extend ISS operations through 2030 will help to facilitate the transition toward the use of “one or more commercially-owned and -operated LEO destinations (CLDs),” according to a press statement. NASA says it currently has contracts with commercial companies constructing modules to be attached to the ISS via its docking port and has awarded space act agreements for the construction of three standalone commercial space stations in the coming years.

“U.S. industry is developing these commercial destinations to begin operations in the late 2020s,” the press statement reads, “for both government and private-sector customers, concurrent with space station operations, to ensure these new capabilities can meet the needs of the United States and its partners.” In cooperation with Voyager Space and its subsidiary company, Nanoracks, Lockheed Martin aims to have built one of the proposed successors to the ISS as soon as 2027. Other commercial operations engaged in space station construction efforts include Axiom, which currently provides modules for the ISS that will be removed before its decommissioning and used with one of its successors.

“The report we have delivered to Congress describes, in detail, our comprehensive plan for ensuring a smooth transition to commercial destinations after retirement of the International Space Station in 2030,” McAlister added.