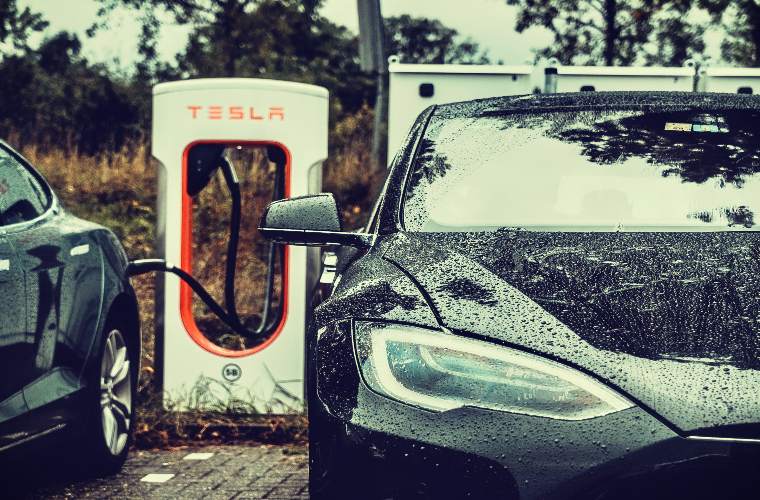 
Why do European and North American Markets Pay A Fortune for EVs? It may just be a conspiracy.

European automaker Renault debuted its new cheap electric cars, the Kwid series, in India for a little over $6,000 USD. The incredibly low price has left many consumers wondering why certain counties have access to cheap EV cars, while buyers in Europe and the United States are expected to pay more than quadruple that price for similar vehicles. It turns out there is a conspiracy and Europeans and North Americans who want electric cars are getting gouged by automakers, and it all has to do with gaining access to new markets.

The Kwid specifications are nearly identical to a Dacia, also a Renault brand. The difference: a European Dacia is double the price of an Indian Kwid. Meanwhile, the U.S. market misses entirely on either of these vehicles. The only electric cars available in America are dominated by premium brands and high price tags, making them unaffordable for most.

Cheap electric cars are available. The question is, why are Americans and Europeans being ripped off by electric vehicle manufacturers?

BACKGROUND: Cheap Electric Cars Exist, Just Not for You.

The price of Electric Vehicles (EVs) is a known barrier for would-be customers in American and many European markets. The hefty price tag that keeps some customers from committing to EVs is commonly excused by highlighting the state-of-the-art EV assembly factories or the price of developing new components for the EVs. In the United States, EV prices have seen a slow drop: as of 2020, the 2020 Mini Cooper SE Electric Hardtop is the cheapest EV on the U.S. market today at $29,000 USD.

Nevertheless, EVs remain a luxury item when compared to affordable internal combustion engine (ICE) vehicles. Even if buyers in Europe and the U.S. are looking to be more eco-friendly, The Guardian cautioned in 2020 that premium EV prices could turn them away from EVs unless they are in the market for luxury.

Meanwhile, the Renault Kwid’s debut in India has demonstrated a significant disparity in pricing among countries for virtually the same vehicle. Car Sales Base’s Krzysztof Wozniak quipped, “Renault Kwid is one good-looking Dacia!”  The Indian Kwid starts around $6,000 USD, while a European Dacia can hover around $13,000 USD.

ANALYSIS: Why Are Electric Cars Expensive? They Don’t Have to Be.

The truth is that EV manufacturers, and in particular, Renault, do have a recent history of manipulating their products to succeed in emerging markets like India. Renault appeals to newer EV markets by practicing what it calls “rebadging.” In simple terms, the company sticks a Renault logo on a Dacia while keeping the lower Dacia price. Laurens van den Acker, an automobile designer with Renault, explained in 2018 to the U.K. “Autocar” publication, “… Because Renaults were expensive for some markets and Dacias were relatively modern cars that were reliable and affordable…we rebadged them.”

Offering the Renault brand’s allure for a more affordable price — a Dacia price — helps the brand build recognition in countries such as India, Russia, and Mexico.

So why is India, in particular, getting such a good deal on the Kwid when the Dacia, and virtually every other EV, is priced so much higher in the U.S. and Europe?

The India Times points out two significant barriers to the burgeoning EV market in India. The first is that many Indian customers will not, and need not, consider buying any vehicle that is over $10,000 USD.

“More than half of the passenger vehicles sold in India last year cost $8,000 or less,” reported the Times; even some of the cheapest EV options made specifically with an Indian market in mind, such as Mahindra & Mahindra Ltd.’s 2020 e-KUV, hover above $11,000 USD.

More fundamentally, a lack of charging infrastructure for EVs keeps potential Indian buyers on the sidelines. In an interview, Manohar Bhat, head of sales and marketing for Kia Motors India, explained, “‘In India, the problem is customer demand for EVs is not that great. For a new entrant like us, it frankly doesn’t make sense…We came into the SUV segment because the largest demand is there — that’s the sweet spot for us.'” For all the attention surrounding EVs as a solution to environmental concerns, Renault and other manufacturers still face an uphill battle in India’s emerging market.

The Delhi government, recognizing the city’s infrastructural shortcomings and citizens’ cold reception to EVs, has recently attempted to change the lukewarm attitude toward EVs and take a serious approach to its deadly air pollution through its “Switch Delhi” campaign.

In February 2021, the Delhi government committed to installing 100 charging stations throughout the city and ensuring that every government vehicle would be an EV within six months. The Indian market still has strides to make before it can facilitate levels of interest in EVs seen in the U.S. Given that EVs remain a relatively inconvenient vehicle compared to an ICE vehicle, EV automakers trying to entice an Indian citizenry have little choice but to keep their prices low.

On the other hand, in the United States, EVs remain a status symbol: prices stay high accordingly. In an NPR article, due recognition was given to California-based Tesla for establishing the idea of the luxury EV. With other automakers such as Porsche and Jaguar launching their own EVs that similarly maintain a luxury look and feel, the EV in the U.S. and Europe is a conspicuously eco-conscious and aesthetically pleasing vehicle. To put it bluntly, car manufacturers don’t have to charge a small fortune for EV cars, as production costs are nearly at parity with their gas-powered siblings. They are simply gaming Western markets. People who have already converted to EVs will pay a high price, and manufacturers know it.

OUTLOOK: CHeap Electric Cars Are the Future, But You Have to Demand Them

As states such as California lead the way in ICE vehicle bans, competition in a wholly EV environment may push automakers to rethink their current prices. In 2020, California Governor Gavin Newsom announced that by 2035, the state would be the first in the union to go completely ICE vehicle-free. Other states such as Hawai’i and Washington are aiming for similar bans on ICE vehicles. Volvo is committing to the ambitious goal of having 50% full-EV sales by 2025. Another legacy automaker, Porsche, is aiming for the same 50% goal by 2023. Thanks to legislation, once-luxury zero-emission vehicles will see normalization; with normalization, EVs are bound to become a common utility not unlike your average ICE vehicle, paving the way for more economical price options.

Meanwhile, as Delhi’s infrastructure adapts to the specific demands of EVs and air pollution levels fall, India will likely increase its demand for various EVs. It may be sooner than later that a $70,000 USD Tesla price tag entices a growing market willing to commit to the still-niche EV.

Indian price tags and U.S. price tags for EVs might meet in the middle sooner than we expect, but it’ll take pressure from consumers to demand lower prices. Otherwise, get used to guzzling gas for a few more years.

Do you work in the electric car industry and know something that we would find interesting? Cool ideas or dirty details? Email us at tips@thedebrief.org.