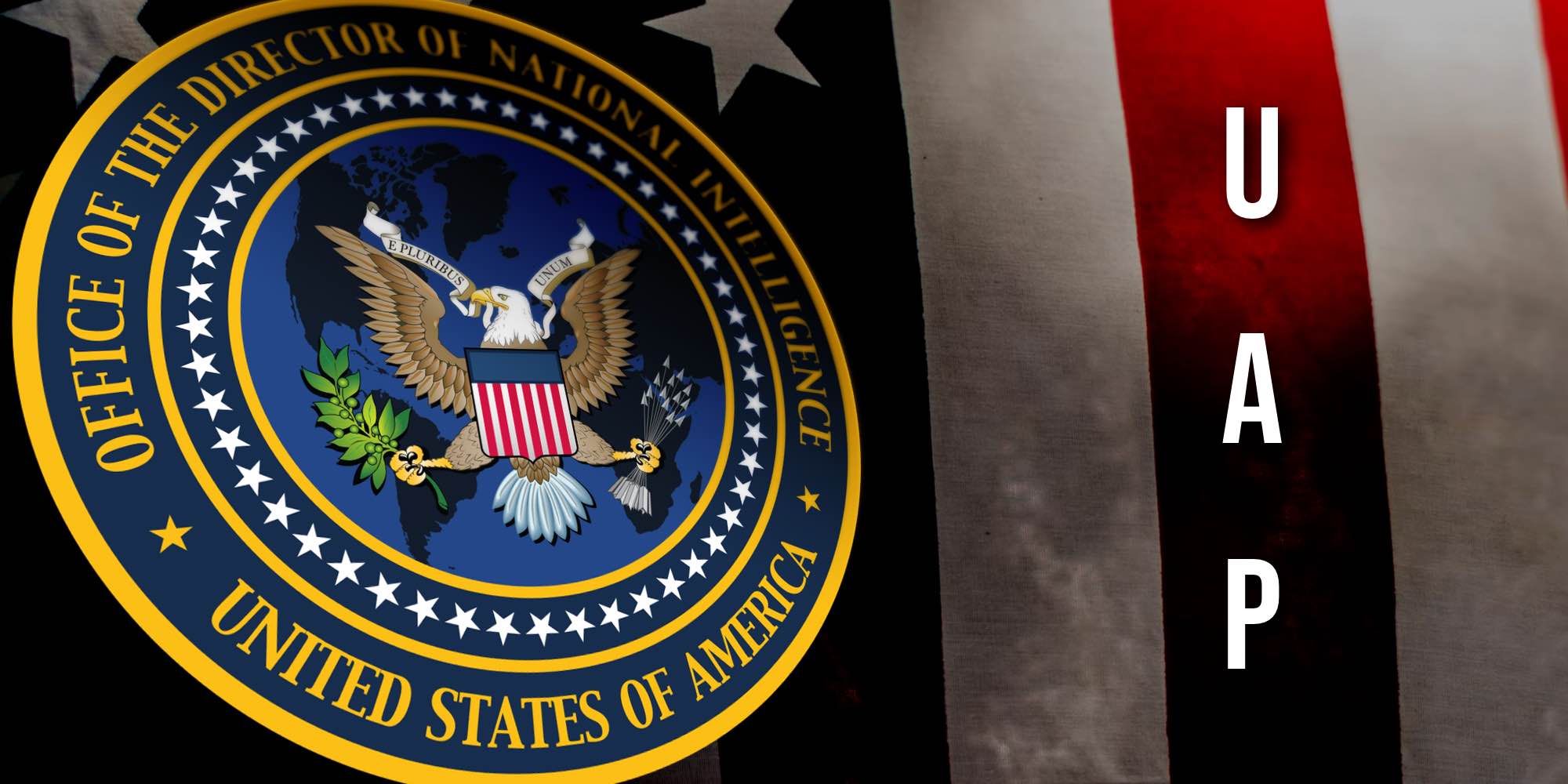 Although several weeks late on arrival, the report presents the latest findings on the efforts of the All-domain Anomaly Resolution Office (AARO), which the document characterizes as “the DoD focal point for UAP.”

According to the new assessment, 247 new reports, as well as 119 “that were either since discovered or reported after the preliminary assessment’s time period,” have been accumulated since the publication of the last report on UAP issued by the ODNI in June 2021, spanning a 17 year period.

“This totals 510 UAP reports as of 30 August 2022,” the report’s authors state. “Additional information is provided in the classified version of this report.” Most of the new reporting “originates from U.S. Navy and U.S. Air Force aviators and operators who witnessed UAP during the course of their operational duties,” the report adds.

“AARO and ODNI assess that the observed increase in the UAP reporting rate is partially due to a better understanding of the possible threats that UAP may represent,” the report states, “either as safety of flight hazards or as potential adversary collection platforms, and partially due to reduced stigma surrounding UAP reporting.”

Although leaving open the possibility that irregularities in the detection capabilities of sensors and other errors in equipment function may account for some UAP reports, “ODNI and AARO operate under the assumption that UAP reports are derived from the observer’s accurate recollection of the event and/or sensors that generally operate correctly and capture enough real data to allow initial assessments,” the report states.

Based on AARO’s analysis and characterization of the 366 reports collected since the issuance of the last ODNI report, it says that “more than half” appear to exhibit “unremarkable characteristics,” with half a dozen attributed to aerial clutter, 26 believed to represent Unmanned Aircraft System (UAS) craft or “UAS-like entities,” and 163 determined as being representative of “balloon or balloon-like entities.”

The report states that such initial characterization of these events “does not mean positively resolved or unidentified” but is intended to enable AARO “to efficiently and effectively leverage resources against the remaining 171 uncharacterized and unattributed UAP reports.” The report also emphasized that “many reports lack enough detailed data to enable attribution of UAP with high certainty” despite the methods employed in collecting and reporting those incidents.

Mirroring themes from the 2021 report, flight safety challenges associated with the presence of UAP over the U.S. and in other airspace remains a concern, characterized as “a safety of flight and collision hazard to air assets” in Thursday’s report. However, the summary notes that AARO and its partner agencies have logged no known collisions with UAP.

New to the DOD’s assessment of concerns related to UAP is what the new report characterizes as potential “health implications” related to the phenomenon, although noting that presently, there are “no encounters with UAP confirmed to contribute directly to adverse health-related effects to the observer(s).”

“Acknowledging that health-related effects may appear at any time after an event occurs, AARO will track any reported health implications related to UAP should they emerge,” the report adds.

The report acknowledges that UAP reporting has increased since the issuance of the 2021 ODNI report, possibly due to the removal of stigmas associated with the topic in years past and the institution of new formalized methods of reporting by military personnel. Fundamentally, in addition to the potential hazards to flight safety that some UAP may represent, AARO is focused on assessing the possibility of adversary collection threats that could be related to many UAP incidents.

The report, an unclassified document based on a classified version that was originally set for arrival on October 31, 2022, was published on the ODNI website on Thursday, with a classified version delivered to Congress yesterday, according to a statement issued by Pentagon Press Secretary Air Force Brigadier General Pat Ryder. It is the second in an ongoing series of periodic updates in coordination with the Office of the Director of National Intelligence (ODNI) on findings related to what the DOD characterizes as unidentified anomalous phenomena.

“The safety of our service personnel, our bases and installations, and the protection of U.S. operations security on land, in the skies, seas, and space are paramount,” Ryder stated. “We take reports of incursions into our designated space, land, sea, or airspaces seriously and examine each one.”

“There is no single explanation that addresses the majority of UAP reports,” said Department of Defense spokesperson Sue Gough in a statement provided to The Debrief in response to queries about the report and the DOD’s position on current findings related to U.S. government UAP investigations.

“We are collecting as much data as we can, following the data where it leads, and will share our findings whenever possible,” Gough said, adding that the DOD would not rush to conclusions in its analysis of incidents involving unidentified phenomena.

“In many cases, observed phenomena are classified as ‘unidentified’ simply because sensors were not able to collect enough information to make a positive attribution,” Gough further clarified, adding that the DOD continues to improve its data collection capabilities in order to help ensure that “sufficient data for our analysis” can be collected when UAP events occur.

Similar inquiries were made with the Office of the Director of National Intelligence by The Debrief, although ODNI Spokesperson Jamie Mason conveyed that the Office could not offer any guidance or additional comments on the UAP report at that time.

In recent days, the National Defense Authorization Act (NDAA) for Fiscal Year (FY) 2023 was signed into law by President Biden. Included within the annual defense bill are provisions aimed at improving government transparency on the UAP issue by providing protections for whistleblowers, in addition to expanding the scope of current investigations by the DOD’s All-domain Anomaly Resolution Office (AARO).

Earlier in December, the Pentagon held a media roundtable that briefly addressed the findings of the DOD’s new All-domain Anomaly Resolution Office (AARO) in advance of the release of the report. In attendance were Ronald Moultrie, Under Secretary of Defense for Intelligence and Security, who also appeared at a Congressional hearing earlier this year that addressed the subject, and Dr. Sean Kirkpatrick, the director of AARO, whose participation marked his first public appearance since taking over the DOD’s new office.

“We have an important and yet challenging mission to lead an interagency effort to document, collect, analyze and when possible, resolve reports of any unidentified anomalous phenomena,” Kirkpatrick said during the briefing, adding that the DOD has “transferred the data and responsibilities from the previous Navy-led UAP task force, and disestablished it.”

“During that transition, we’ve taken the opportunity to expand and standardize and integrate UAP reporting and reevaluate the data we’ve collected,” Kirkpatrick added.

Moultrie also emphasized that the DOD “takes public interest in UAPs seriously,” adding that “we are fully committed to the principles of openness and accountability to the American people. We are committed to sharing as much detail with the public as we can.”

Last November, the DOD announced the establishment of what it then called the Airborne Object Identification and Management Group (AOIMSG), the mission for which had been limited primarily to incidents occurring within military airspace. The scope of the AOIMSG was later broadened in July 2022 following additional direction from Congress, as outlined in wording that appeared in the FY 2022 National Defense Authorization Act (NDAA).

“On July 15, 2022, Deputy Secretary of Defense Kathleen Hicks, in coordination with the Director of National Intelligence (DNI), amended her original direction to the Under Secretary of Defense for Intelligence & Security by renaming and expanding the scope of the Airborne Object Identification and Management Group (AOIMSG) to the All-domain Anomaly Resolution Office (AARO),” read a portion of a July 20, 2022, DOD release.

According to the DOD release, the FY 2022 NDAA “included a provision to establish an office, in coordination with DNI, with responsibilities that were broader than those originally assigned to the AOIMSG.”

Wording within the NDAA also required an annual report on the DOD’s latest findings on UAP to be delivered to Congress by no later than October 31.

Some have noted that the delivery date for the annual report, which according to last year’s NDAA was scheduled to coincide with Halloween, seemingly nods to the long-held flippant attitudes maintained by both the military, and the academic community, toward anomalous aerial phenomena.

Several weeks in advance of the report’s late arrival, an October 28 article by New York Times reporter Julian Barnes also seemingly downplayed the significance of unresolved incidents in the DOD’s current UAP dataset. Citing government officials familiar with the document and its findings who spoke on background, Barnes reported that “surveillance operations by foreign powers and weather balloons or other airborne clutter” could account for most UAP incidents investigated by the DOD in recent years, adding that such sightings have given weight to “theories about visiting space aliens” and espionage by adversaries like China and Russia.

The newly released report, by contrast, while noting that “more than half” of the UAP reports currently collected by AARO seem to display “unremarkable” behavior, nonetheless conveys that a significant number remain that do not appear to have such prosaic characteristics, and remain a focus of AARO’s further investigations.

In her statement provided to The Debrief, Department of Defense spokesperson Sue Gough emphasized that the Pentagon does not downplay UAP incidents and recognizes the current level of public interest in these events, as well as issues of transparency related to them, statements in-line with those expressed by Moultrie and Kirkpatrick earlier in December.

“DoD takes public interest in UAP seriously,” Gough told The Debrief, adding that the Department “is committed to the principles of openness and accountability to the American people which it must balance with its obligation to protect sensitive information, sources and methods.”