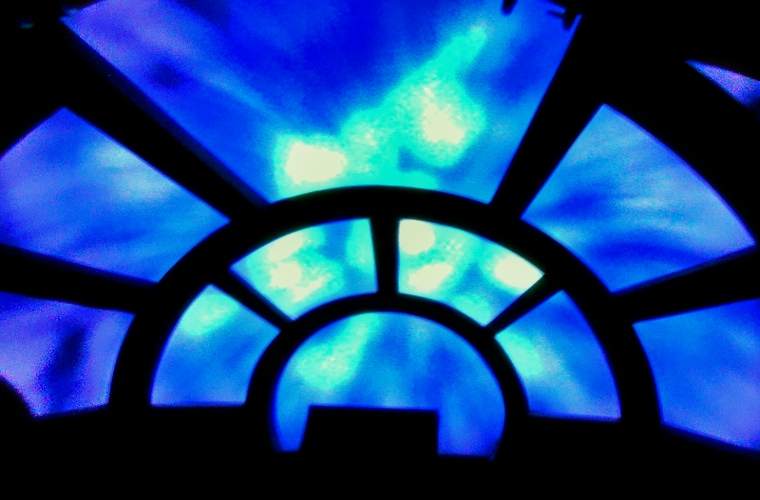 On the heels of The Debrief’s exclusive interview with a Chicago area engineer who patented a new concept for faster than light travel, a team of researchers headquartered in Sweden have come up with a design for an entirely new version of Warp drive.

Known as Applied Physics (APL), the group’s designs were recently published in the peer-reviewed journal Classical and Quantum Gravity and represent the latest in an increasingly crowded field of warp proposals.

From the moment Mexican Mathematician Miguel Alcubierre first made his Warp drive concept public in 1994, it received both significant praise and skepticism.

For proponents, Alcubierre’s designs represented the first real-world attempt by a modern scientist to take a concept that had previously only existed in science fiction and bring it into the real world. For critics, the enormous amounts of exotic matter needed to power the drive, not to mention the massive amount of radiation exposure any passengers might endure, made it a non-starter.

Unlike the Alcubierre and White designs, the APL team’s proposal requires no exotic matter to power the vehicle, but there is one catch. According to the researchers, the physical nature of the new design means it is constrained by Newtonian physics. In short, while their drive concept is indeed designed to transport humans across the galaxy and needs no exotic matter to fuel its journey, it is not capable of breaking the speed of light.

“If you read any publications that claim we have figured out how to break the speed of light, they are mistaken,” said one of the researchers, Gianni Martire, in an email to The Debrief. “We [instead] show that a class of subluminal, spherically symmetric warp drive spacetimes, can be constructed based on the physical principles known to humanity today.”

Analysis: Why This New Warp Drive Model Can Actually Work

In a follow-up email to The Debrief, Martire first explained the unique backgrounds of the team of researchers involved in the APL project, along with explaining the Nordic location chosen for its headquarters. “If it were not for an American, a Russian, and an Iranian, physical warp drives would never have happened. So the only way to have no borders was to make Sweden our host country.”

“Becoming interstellar,” he later added, “is a global effort, and we cannot have politics stand in the way of science.”

So, with the team assembled, Martire described how they first looked at the classical warp designs before trying to tackle the problem themselves. “[Harold] White’s paper makes heavy use of extra non-physical dimensions,” he said, “which, as you know, is incompatible with the current understanding of general relativity. Thus, the work is not usable in our reality. No warp metric was.

Hence, why they were all unphysical.”

With this limitation in mind, Martire and his co-author, Lund University Astrophysicist Alexey Bobrick, set out to design an entirely new type of Warp drive, a design they term a physical warp drive. “Our paper covers all the existing warp drives and all their possible modifications (i.e., Alcubierre),” Martire said in the email, “but the APL metric stands on its own, hence why it’s the first physical class of warp.”

Of course, as a physical, material device, their drive is subject to the laws and limitations of classical physics, and as mentioned, this means no superluminal speed. Still, the researchers are quick to point out that their drive concept can approach light speed, meaning traveling throughout the cosmos is still a viable option.

“There is a common misconception that interstellar travel has to be superluminal,” Martire told The Debrief, “it doesn’t. If we can send a probe to reach another star within ten years, it is still incredibly useful.”

Fortunately, for any future passenger who may ride in a craft powered by this type of drive, Martire also explained how their design eliminates the deadly radiation emitted by previous warp concepts.

However, in the APL proposal, Martire says that “our subluminal positive-energy warp drive solution does not suffer from this problem, so we’re good [on] radiation.”

When asked what the main limitations were for constructing their physical warp drive for testing, the researcher admitted that today’s equipment might not be up to the task. “The level of precision needed for the instruments to measure the gravitational effects of the craft [is currently] insufficient. We have to start small.”

He does, however, note that along with improvements in equipment on the horizon, the researchers of the future may also be on their way. “Upon request by the department head,” Martire wrote, “Stevens.edu became the first University where “Warp Field Mechanics” was first taught to Ph.D. students.

Where the project goes from here is not immediately clear. Still, the international team isn’t stopping at their current paper but instead looking forward to ways to improve their design, even shortening the time passengers will experience on a multi-year journey.

“In the far future,” Martire’s email said, “the crew will have the option of slowing down time inside the bubble. So now ten years can turn into only one month for everything inside the warp shield region.”

He freely admits that this attempt to condense time requires a significant amount of energy on top of the energy needed to propel their drive but is also quick to point out that their project is based firmly on sound, peer-reviewed physics.

“Before our paper,” Martire’s email concludes, “saying such things was nonsense sci-fi. Now it’s real science. We took a small step into the future, do you feel it?”