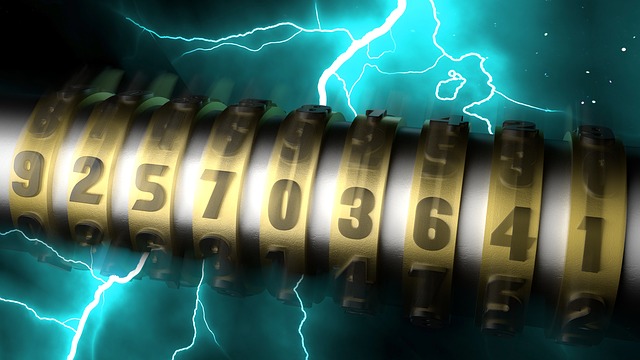 No, China Did Not Build A Time Machine

There was a fair bit of buzz on social media this week after a story emerged, making the rather remarkable claim that the Chinese government was denying that they were in the process of building a time machine. At Popular Mechanics, Caroline Delbert dug into the details, discovering that some rather dubious documents had been making the rounds, indicating that the Chinese Academy of Sciences’ Institute of High Energy Physics was partnering with a private technology firm to construct a “Space-time Tunnel Generation Experimental Device.”

A leaked Powerpoint presentation offered promising details without revealing the science or the specifics of the theory behind this technology. They claimed to be within months of launching the endeavor, and the project looked promising. They had even attracted the endorsement of noted physicist and Nobel Laureate Gao Kun. What could possibly go wrong?

As Popular Mechanics quickly discovered, quite a bit could go wrong. It’s unclear why China bothered issuing a denial, but no such project is actually in the works. Also, Gao Kun is apparently a fictional character (or at least that’s what China’s government wants you to believe). The news led to many geek jokes and memes on social media and not much else. But it’s still worth pondering the underlying question. Is time travel even possible?

Time Travel Happens All The Time

Your humble author won’t pretend to claim any mastery of the theoretical science that would be required to create some type of temporally shifting Delorean a la’ Marty McFly. Still, there are a few basics that most of us should be able to grasp. First of all, every person reading this is a time traveler. We’re all traveling forward in time at a rate of one second per second, or that’s how we perceive it anyway. The trick is to be able to reverse that motion, or at least alter the rate.

As it turns out, traveling forward in time happens regularly, thanks to the annoying work done by Albert Einstein. How fast time passes depends on the physical speed you’re moving at through space. Russian cosmonaut Gennady Padalka is noted for being one of the most accomplished time-travelers on the planet, jumping 0.0227 seconds into the future by virtue of spending so much time orbiting the Earth at thousands of miles per hour relative to those of us stuck back on the surface.

We know that our satellites are always traveling through time. During the first days of global positioning systems (GPS), the scientists and technicians working on the nascent technology quickly realized that it wouldn’t work unless they accounted for the fact that their satellites were slowly moving ahead in time as compared to the devices receiving the data on the ground. Perhaps an even more extreme example comes from the particles being flung around in the Large Hadron Collider. Particles accelerate to more than 99% of the speed of light, so they are traveling into the future every time the system is fired up.

So… No Time Traveling DeLoreans, Then?

According to the literature I’ve been able to find on the subject, artificial time travel is far from being possible. The Chinese proposal mentioned above hints at something that “could prolong life by using Albert Einstein’s theory of general relativity to distort space-time.” That’s been described as possibly involving a way to force humans into a prolonged period of “hibernation” before sending them on lengthy space voyages. Granted, when you woke up, it would seem like you’d traveled into the future, but that’s cheating, isn’t it? You’d have still experienced the passage of all that time, but you simply wouldn’t have been aware of it. If your ship were traveling very fast, you would have crept forward a bit in time, much like Gennady Padalka, but that’s about it unless you were somehow able to reach a significant percentage of the speed of light.

No matter how we look at this question, we’re still not talking about the sort of technology that most of us imagine when pondering the term “time travel.” All we’re talking about is a relative change in the flow of time. Relative to whom or what? Good question, and I won’t be trying to tackle that part of it for you. But astronauts and satellites don’t blink out of existence or leave our frame of reference after performing their temporal gymnastics.

Until someone figures out how to change the location of a person or object on the timeline in some method other than just going faster than everyone else, Back to the Future simply isn’t going to happen, and most of the physicists I see being quoted on this topic seem to agree. Further, all of the examples cited here only involve traveling forward into the future. Assuming you manage to do that in a significant way, what use would it be if you couldn’t come back? Traveling backward in time seems to be considered largely impossible, at least under our current understanding of the universe. There are plenty of theories out there involving concepts such as using wormholes to manage the task, but I’ll leave you to explore those for yourself.

Oh, and there’s one other minor challenge with that idea as well. Nobody has proven that wormholes exist either.