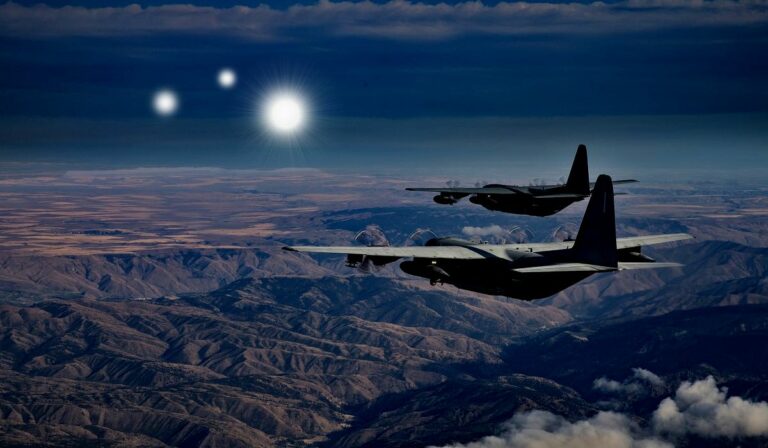 Opinion: UFOs are a National Security Concern; the USAF Needs to Come Clean

In June 2021, the Office of The Director of National Intelligence (ODNI) issued its report, “Preliminary assessment: Unidentified Aerial Phenomena,” to Congress on the UAP issue.  It stated that “The majority of UAP data is from U.S. Navy reporting.” The United States Air Force (USAF) has been silent on the issue, as noted by Former Deputy Assistant Secretary of Defense for Intelligence Christopher Mellon.

We believe there is one primary reason for this silence. UAPs, better known as UFOs by the general public, have been tampering with our nuclear-tipped intercontinental ballistic missiles, or ICBMs, for decades, and the USAF doesn’t want the public to know.

In response to a growing missile threat from Russia, the United States Air Force began the deployment of ICBMs in 1959.  Since then, hundreds of these nuclear weapons have been buried in silos spread throughout northern tier states.  Today, groups of ten Minuteman nuclear-tipped missiles, known as flights, are controlled by pairs of Air Force Launch Control Officers who sit in a control capsule buried deep underground, known as a Launch Control Center.  For decades, these highly vetted and highly trained USAF officers have stood watch, ready to launch these weapons at the direction of the President of the United States.

In 2010, 2013, and 2021, several retired USAF officers held a news conference at The National Press Club in Washington DC.  Minuteman ICBM launch officers and other USAF personnel detailed dozens of events of UAPs disabling their nuclear-tipped ICBMs during the 1960s.  I interviewed retired USAF Captains Robert Salas and David Schindele, who were part of these press events, to understand why the Air Force is silent.

Salas, a United States Air Force Academy Graduate, was a Minuteman Launch Control Officer at the 490th strategic missile squadron in Malmstrom AFB, Montana.  On the morning of March 24, 1967, while on duty with his commander 60 feet below in his Launch Control Center, he received a panicked phone call from an above-ground security guard that a large glowing red object was hovering above the facility.  Within minutes, all ten of their Minuteman I ICBMs began going offline in rapid succession, indicating issues with their guidance control systems.  The missiles were offline for an entire day before finally being brought back to alert status.

Following the incident, Salas and his commander returned to base.  Met by the squadron commander and an officer from the Air Force Office of Special Investigations (AFOSI ), they were required to sign a nondisclosure agreement and ordered never to discuss the event again.

“The USAF may have concluded that they do not want to acknowledge they have come up with no effective defense…thereby admitting to an extraterrestrial military superiority,” Salas told us.

Schindele detailed a similar event in Minot AFB, North Dakota, in September 1966; however, he was part of the relief crew that took over a flight of Minuteman missiles that had been disabled the night before by a large craft.  The ICBM’s were offline for several days, and while he was not required to sign an NDA, he was ordered by AFOSI not to speak of the event, even amongst other Air Force personnel.

“We were mystified how this object could take all ten of our missiles off alert and make them un-launchable…We couldn’t believe what we had just gone through especially talking with people topside, the tenor of their voices and expressions on their faces.”

You Just Died. Is Your Digital Afterlife in Order?


What is the 'Digital Afterlife' and who looks after your data when you die?

Years later, at Air Force reunions, Schindele discovered that UAP incidents in the missile fields were common. “There have been many incidents I’ve heard about years later that happened when I was there… to hear the way they explain this, the emotion that comes out, that it strikes you, that what they experienced was quite traumatic.”

“The Air Force doesn’t want the American people to know that the military cannot protect them from this highly intelligent technical stuff that exists with these objects.  This is beyond the physics and imagination that we have, and I’m sure the Air Force cannot explain a good part of this and don’t want to admit it,” stated Schindele.

These retired USAF officers trusted with our nuclear weapons are some of the most vetted military officers in the country.  Many other airmen have gone on record with similar stories.  It is time for Congress to have them testify in open hearings.  More importantly, Congress must demand answers from the United States Air Force.  Why have they been hiding this all along, and why can they not protect our skies?

Matthew Ford is a political filmmaker and the founder of the Political Action Committee Stand For Better.