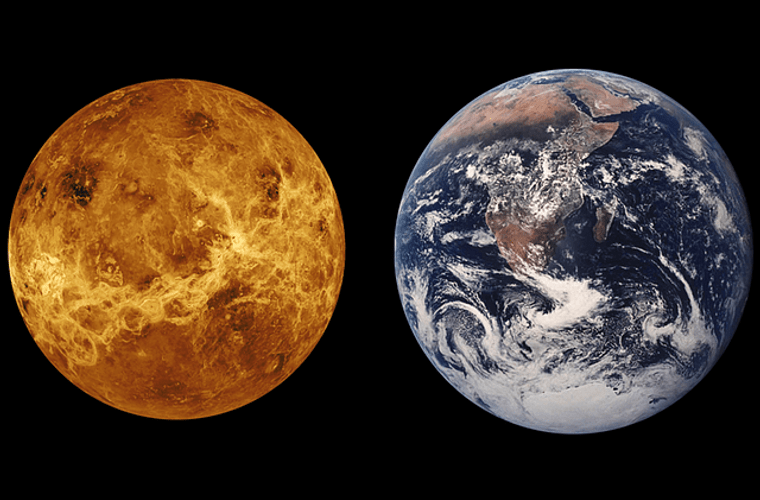 New findings about Venus' wind speeds give valuable insight into the atmosphere on the planet. (PC Pixabay.com)

Venus has been studied for centuries, as it is one of the brightest planets visible in the night and early morning sky. While many of the planet’s secrets have been revealed, there are still many mysteries about Venus left to be solved.

One of these mysteries is the hot wind storms that shift the planet’s atmosphere like a convection oven. Understanding why and how these winds move on the planet may be able to provide scientists with more information about the planet’s origins. Now, recent research from the University of Lisbon is providing some of the most detailed measurements of these wind speeds yet, possibly bringing resolution to at least one Venusian mystery.

Venus is an odd duck in the solar system, as it rotates in the opposite direction of all the other planets, except Neptune. It’s considered the sister planet to Earth, as it’s in the habitable zone of the solar system, and has relatively the same size, mass, and bulk composition, But the similarities end there, as Venus has an atmosphere made of 96% carbon dioxide, the densest in the atmosphere. Venus also has the hottest surface of any planet in the solar system, including Mercury, which is closer to the Sun.

It is Venus’ atmosphere that is fascinating for many scientists. The dense atmosphere causes little variety in temperature between Venus’ two hemispheres. Surface winds are slow, only a couple of miles per hour, but at the top of the sulfuric acid clouds in its atmosphere, the winds are incredibly fast, around 185 mph.  Interestingly, the winds on Venus move up to 60 times the planet’s rotation speed. For comparison, Earth’s fastest winds are only 10-20% of its rotation speed. Physicists are puzzled by the mechanics of Venus’ winds and want to find out more.

In order to better understand the drastic change in wind speeds on Venus, researcher Pedro Machado of the University of Lisbon and his team tracked the cloud movements on the planet using a special near-infrared camera. Their data is the most detailed and complete set of measurements looking at wind speed. The team published their findings in the journal Atmosphere. From their measurements, the team found a 150 kph difference in wind speed between the bottom and top of the clouds.

“Winds accelerate as we move upward to increasing altitudes, but we don’t know yet why,” Machado said. “This study throws much light on this because we managed to study the vertical component of the wind for the first time, that is, how the energy from the lower and hotter layers is carried up to the top of the clouds, where it leads to the acceleration of the winds.”

Using their results, the researchers plan to further study Venus’ winds using a probe in Venus’ orbit, the Akatsuki mission, from JAXA. The study will also be helpful for the next European Space Agency mission EnVision, looking at Venus’ surface to learn more about its past. Machado is part of the team working on the EnVision mission and is excited to see what new findings will be unearthed, based on his previous work.

“This work shows the kind of science that will be enabled with the EnVision instruments,” Machado added.

“We are already demonstrating the great relevance of the science that will be possible with this future mission.”