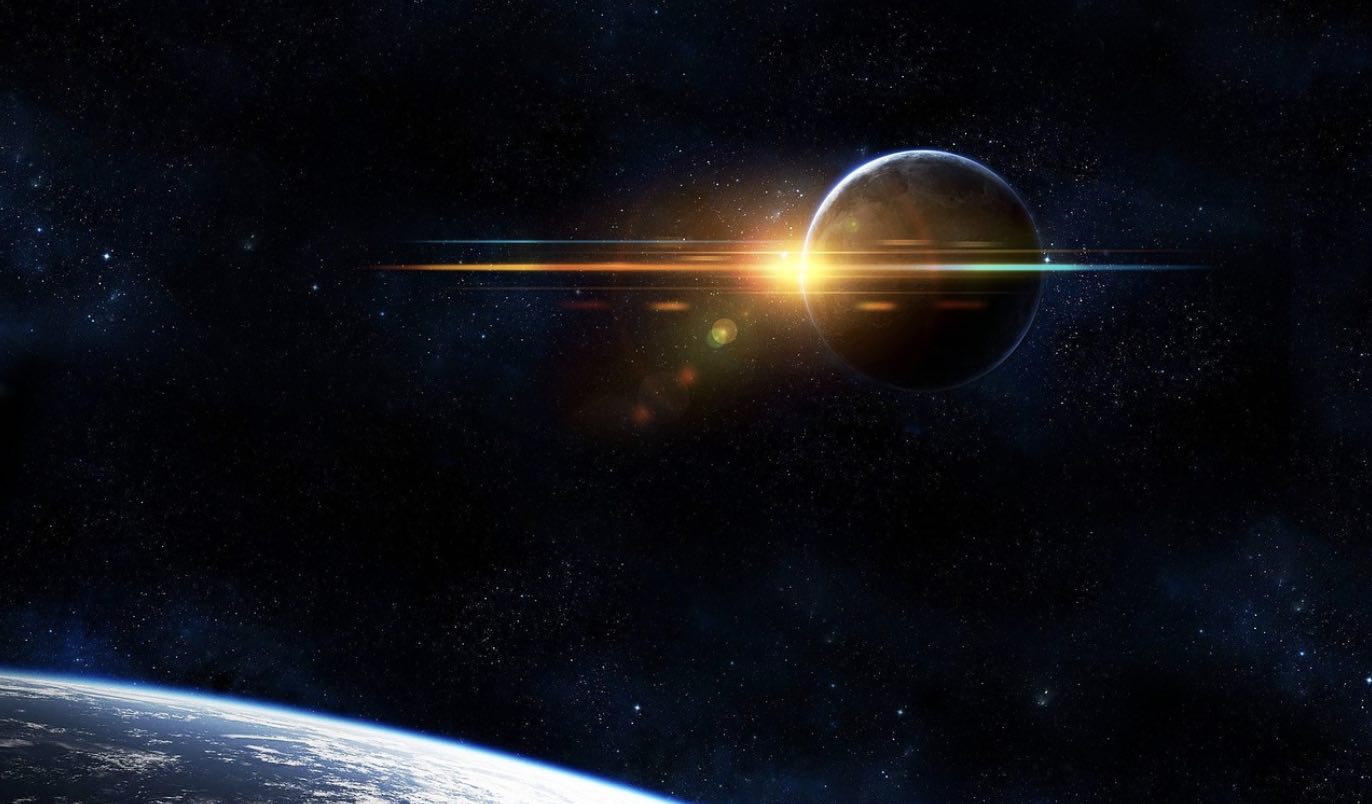 Panspermia: Was Terrestrial Intelligence Seeded by a Cosmic Gardener?

If human intelligence was seeded on Earth by extraterrestrials a few million years ago, they must have had fun monitoring our intellectual growth over history. For example, as soon as we came up with the religious notion of God who created humans in its image, the extraterrestrials must have texted each other: “Look, they started talking about us!”

Once our spacecraft will exit the Solar system and enter interstellar territory, we might hear from them. But any message of the type: “welcome to the interstellar club” will not come sooner than tens of thousands of years from now. The interstellar probes we launched so far will take that long to traverse, merely a few light years. Voyagers 1 & 2, Pioneer 10 & 11 or New Horizons, acquired a terminal speed of only one part in ten-thousandth of the speed of light.

An interplanetary trip may have already occurred by tiny astronauts onboard natural space vehicles in the form of rocks. Primitive lifeforms, like microbes, can potentially be transferred through the exchange of rocks between neighboring planets. This hypothesis, labeled panspermia, was first proposed in the fifth century BCE by the Greek philosopher Anaxagoras and is reviewed in chapter 10 of my recent book with my former postdoc Manasvi Lingam, titled Life in the Cosmos (Harvard University Press, 2021).

In 2000, the magnetic structure of the rock ALH84001 was used to infer that it was ejected from Mars and landed on Earth without being heated to more than 40 degrees Celsius. Any microbial `astronauts’ in its core could have survived the journey.

The journey between planets that are far apart could take more than tens of thousands of years at the freezing temperatures of space. However, recently a 48,500-year-old virus has been revived from Siberian permafrost and subsequently replicated itself.  In addition, two roundworms, preserved in the Arctic permafrost for around 40,000 years, have allegedly come back to life after being “defrosted” by researchers. Similarly, a microscopic multicellular creature named bdelloid rotifers was found to withstand freezing conditions, irradiation, extreme acidity, starvation, low oxygen, and dehydration and survive 24,000 in the Arctic permafrost. In 2000, researchers claimed to have revived 250 million-year-old bacteria, and in 2020 aerobic microbes as old as 101.5 million years were reported to persist in deep-sea sediment cores of the South Pacific Ocean, although such claims are being debated.

How can we figure out from circumstantial evidence on multiple planets that panspermia took place? Most easily, through the appearance of identical forms of life in proximity to each other, in analogy to the spread of viral infections. In a paper that I wrote with my former student, Henry Lin, we showed that the statistical signature of Panspermia is spatial clustering.  One expects to find clusters of identical forms of life on multiple objects in proximity to each other and fewer far apart.

Interplanetary panspermia could be enhanced in compact planetary systems where planets are tightly packed. In 2017 I wrote a paper with Manasvi Lingam, where we showed that panspermia is orders of magnitude more likely to occur in the seven-planet system of the dwarf star TRAPPIST-1 compared to the Earth-Mars case. This enhances the overall likelihood of life in the entire TRAPPIST-1 system because the dice is being rolled in multiple locations at the same time bearing the same global outcome. The situation resembles the likelihood of viral infection of multiple family members who reside in the same home.

The prospects for panspermia are also enhanced in any dense star cluster, like the one at the center of the Milky Way galaxy, as shown in a paper I wrote with Howard Chen and John Forbes. But panspermia can also operate throughout the entire galaxy, as illustrated in a paper I wrote with Idan Ginsburg and Manasvi Lingam. The likelihood of Galactic panspermia is strongly dependent upon the survival lifetime of the putative organisms as well as the velocity of the transporter.

Binary star systems or the Jupiter-Sun system could gravitationally trap interstellar objects that transfer life from a distant planetary system, as I showed in a paper with Manasvi Lingam.

Henry David Thoreau wisely noted in his 1877 book titled The Succession of Forest Trees and Wild Apples: “Though I do not believe that a plant will spring up where no seed has been, I have great faith in a seed . . . Convince me that you have a seed there, and I am prepared to expect wonders.”

Vertical Farming Is The Future of Food Production


Vertical Farming is more efficient but will it replace traditional farming?

In addition to natural processes, the transfer of life could also occur intentionally if a technological civilization decides to spread its seeds throughout the Milky Way like a gardener working on garden beds. This process of directed panspermia could have planted consciousness on Earth. If so, sentience may represent a quantum leap that we inherited extraterrestrially. The only way to find out would be to search for the transportation device of the seeds. This is what the Galileo Project telescopes are doing.

This month, the Galileo research team is collecting data on the sky from all of its instruments for the first time. The data will be analyzed by artificial intelligence algorithms in the coming weeks to distinguish familiar atmospheric objects like birds from objects that “come extraterrestrially,” in the words of Avril Haines, the director of National Intelligence. Within a month, the Galileo research team plans to come up with a list of geographical locations where it will place copies of its first detector system in late spring 2023.

For now, we build our artificial intelligence software in our image. If gardeners seeded our `natural intelligence’, this software may capture their image.