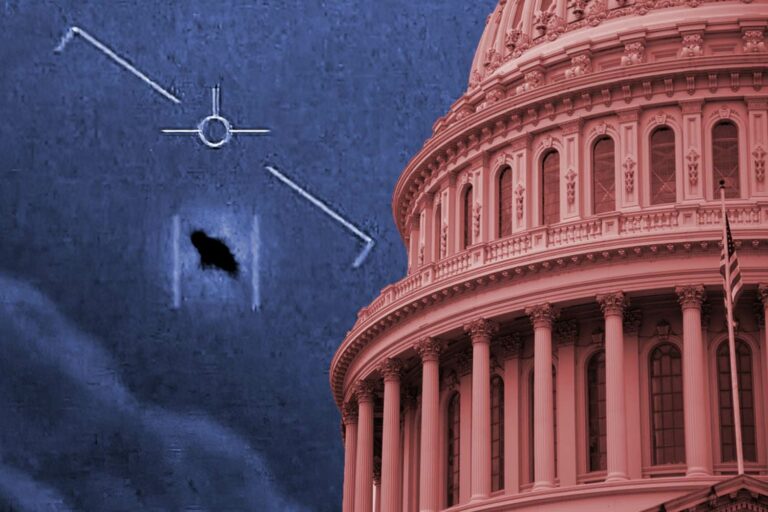 
New bill will give the task force unfettered access to UFO data, reports, and records.

The UAP Task Force will now have greater access to information collected by U.S. intelligence agencies about unidentified aerial phenomena, according to provisions included within the recently passed Intelligence Authorization Act for Fiscal Year 2022 (IAA).

The bill, which seeks to enhance congressional oversight for various operations of the intelligence community (IC), was passed by the Senate Select Committee on Intelligence in a bipartisan 16-0 vote in late July. The bill will also provide funding and legal authority for various IC components.

“The Intelligence Authorization Act for Fiscal Year 2022 authorizes the funding for America’s intelligence agencies, and ensures they have the resources, personnel, and authorities they need to keep our country safe while operating under vigorous supervision and oversight,” said Committee Chairman Senator Mark R. Warner (D-VA) in a statement issued shortly after the bill was passed.

The bill will also support “the IC’s efforts to assess unidentified aerial phenomena (UAP), following up on the work of the UAP Task Force,” according to a press release from Warner’s office.

Interestingly, the bill’s mention of the National Air and Space Intelligence Center indicates that the US Air Force, which has remained incredibly quiet on the UAP issue for decades, now seems to be involved yet again in investigating the phenomenon.

The bill also outlines a 90-day deadline for the delivery of this information to Congress following the enactment of the IAA, in reports that will appear thereafter on a quarterly basis. The bill states that the reports are to be issued by the Navy’s Unidentified Aerial Phenomena Task Force (UAPTF) “or such other entity as the Deputy Secretary of Defense may designate to be responsible for matters relating to unidentified aerial phenomena”.

The quarterly reports are required at minimum to include information about all reported instances of UAP that occurred within the previous 90-day period. Significantly, the bill also directs that “All reported unidentified aerial phenomena-related events that occurred during a time period other than the previous 90 days but were not included in an earlier report” must also appear in the reports.

It is unclear whether this leaves open the possibility for inclusion of historical UAP data collected by U.S. government agencies, the likes of which was obtained by Project Blue Book, the U.S. Air Force’s systematic investigation of unidentified aerial phenomena that operated from the early 1950s until 1969.

The bill also states that any data on UAP included in the requested quarterly reports “shall be submitted in classified form.”

The provisions in the FY22 Intelligence Authorization Act build on the current efforts of the UAP Task Force, which delivered its preliminary assessment on UAP to the Office of the Director of National Intelligence (ODNI) in June.

Along with the direction it provides for further reporting on UAP incidents to Congress, the bill will also address concerns the IC faces from foreign adversaries like China, as well as “Anomalous Health Incidents” (AHI) associated with “Havana Syndrome” which have now been reported by hundreds of U.S. personnel and their family members.

Senator Marco Rubio (R-FL), Vice Chairman of the Committee, said that the bill “reaffirms the Committee’s critical role in overseeing of the Intelligence Community through provisions that protect Americans’ First Amendment rights, ensure expenditures are made judiciously, and hold the intelligence agencies accountable for their activities.”

Rubio added that it “prioritizes the Committee’s ongoing oversight of China’s malign influence operations, unidentified aerial phenomena, and importantly, the safety of the men and women of the Intelligence Community, by expressly addressing the likely directed energy attacks that have inflicted brain injuries and the associated symptomology known as the ‘Havana Syndrome,’ as well as other physical harms, on American personnel around the world.”

In its initial report delivered to the ODNI in June, the Navy’s UAP Task Force called the aerial phenomena it studied a “challenge” to U.S. national security. Among the report’s key findings had been the acknowledgment of 144 incidents involving UAP collected since 2004. The majority of these had been logged within just the last two years, following the institution of a formalized reporting mechanism by the U.S. Navy in 2019.

The report also stated that the observed phenomena do appear to be physical objects and that multiple types of what the military classes UAP appear to exist. Significantly, the report’s authors state that UAP “clearly pose a safety of flight issue,” noting 11 incidents where near midair collisions with UAP were believed to have occurred.

The preliminary report stated that the UAP Task Force is “conducting further analysis to determine if breakthrough technologies were demonstrated,” adding that “Consistent consolidation of reports from across the federal government, standardized reporting, increased collection and analysis, and a streamlined process for screening all such reports against a broad range of relevant USG data will allow for a more sophisticated analysis of UAP that is likely to deepen our understanding.”

The recently passed FY22 Intelligence Authorization Act, in addition to helping facilitate such future reporting and analysis of UAP by the United States military, also received praise from former government employees with knowledge and experience pertaining to UAP.

“I think this is a big step in the right direction,” former Navy pilot Lt. Ryan Graves told The Debrief.

“It is clear this is a continuing issue and this step to codify cooperation ensures more gun shy branches can’t hide behind non-participation,” Graves said.

Luis Elizondo, a former Army Counterintelligence Special Agent and former employee of the Office of the Under Secretary of Defense for Intelligence, expressed similar praise for the bill’s provisions.
“It is no surprise as this is a natural and expected ‘next step’ for the US government formalizing the UAPTF,” Elizondo told The Debrief, “and giving it authority to access information across the government.”
Elizondo, who until 2017 ran the Pentagon’s Advanced Aerospace Threat Identification Program (AATIP) which looked at UAP, said the provisions in the FY22 Intelligence Authorization Act are “necessary and prudent to shed more light on this phenomenon.”
Elizondo added that “we must remain cognizant of the fact that foreign adversaries have an interest in this topic as well, therefore, we must assume we are not the only ones taking this action.”

China has not been exempt from the burgeoning interest in UAP shown by militaries around the world in recent years. Prior to the release of the preliminary assessment by the UAPTF earlier this year, a statement from the People’s Liberation Army said that China had been “overwhelmed in recent years by rapidly mounting sighting reports from a wide range of military and civilian sources” of what it called “unidentified air conditions”, as reported by the South China Morning Post.

“It will be brought to light soon that other countries are equally invested in this issue, and some of these countries are not friendly with the United States,” Elizondo told The Debrief.
“I applaud those in our legislative and executive branches who continue to strive for answers regarding this enigma.”
Thank you to Adam Allen who provided the tip to The Debrief.