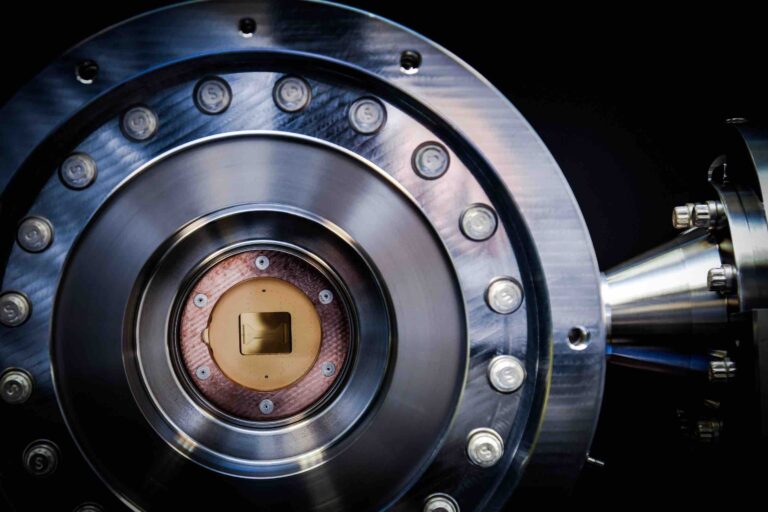 With faster speeds and the ability to run multiple algorithms at one time, quantum computers will be able to help solve some of the biggest technological issues our society faces. Because quantum computers rely on what are called qubits–atoms that possess a nuclear magnetic spin level that is manipulated in order to achieve the qubit state–unique things occasionally happen within these devices.

Case in point, during one recent study physicists were able to create a strange, newly seen phase of matter with two possible time dimensions, all by beaming a special laser pulse inside a quantum computer.

The dimension of time has often been a puzzling variable for physicists when studying how the universe works. Called the fourth dimension, time flows unilaterally, making it seem impossible that there would be more than one time dimension.

Yet, physicists have long speculated that there may be more than one dimension of time. These extra dimensions may be similar or more compact, depending on which theory you subscribe to. For the researchers looking at the quantum computer, this second time dimension seemed to lengthen the amount of time the qubit could be analyzed.

To create this multiple-time-dimension phase of matter, physicists at the Flatiron’s Institute Center for Computational Quantum Physics, along with the quantum company Quantinuum projected a special laser sequence, based on the Fibonacci sequence, into the heart of the quantum computer. This special sequence is a mathematical series where each number is the sum of the two numbers before it. Using this sequence for laser pulses allowed the entire quantum computer to be more stable, allowing for better results. This stability comes from the irregularity in the timing of the laser pulses, as some are longer than others. The irregularity removes much of the environmental noise that can affect the quantum computer.

Quantum computers are very fragile systems. The researchers used a quantum computer made of ytterbium qubits, which are especially delicate. This fragility limits the amount of time that the qubits can be analyzed without much error. Using rhythmic laser pulses, like the Fibonacci sequence, can help make the system more stable and less prone to error. The researchers, using this sequence, found that the qubit’s analyzable time seemed to double, suggesting a second time dimension.

According to researcher Philipp Dumitrescu, “With this quasi-periodic sequence, there’s a complicated evolution that cancels out all the errors that live on the edge. Because of that, the edge stays quantum-mechanically. coherent [in the readable state] much, much longer than you’d expect.”

This longer readable state may not sound like much, but it actually has significant implications for quantum computing as a whole. Scientists will likely be able to use this new state to develop better error correction methods, making the computing more accurate. Hence, it appears that computer scientists are now another step closer to achieving the long-sought goal of quantum supremacy.