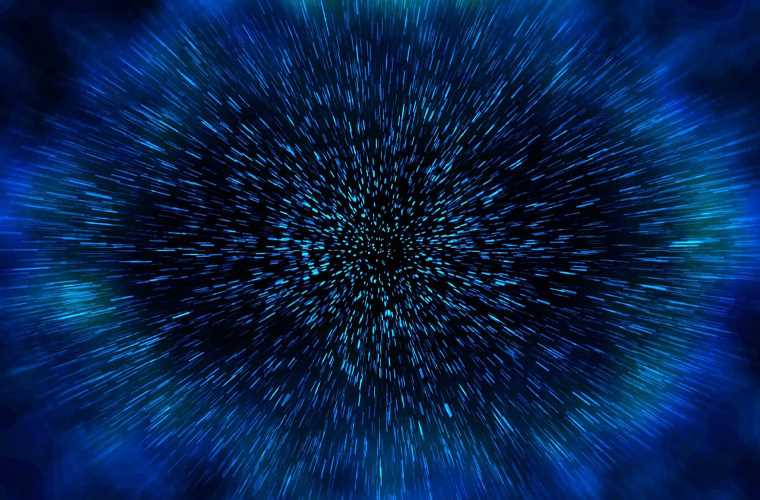 An international team of scientists has written a paper outlining how humanity could detect extraterrestrial spacecraft using gravitational waves. Led by the privately-funded scientific thinktank Applied Physics, which includes over 30 member scientists from around the globe, and a pair of researchers from Carnegie Mellon University, including the Moore award winner, physics professor and associate dean Manfred Paulini, the new method involves using existing telescopes designed to measure gravitational waves to spot alien spacecraft traveling within the Milky Way galaxy.

“Our study of warp drives has paved the way for gravitational wave detection,” said Gianni Martire, CEO of Applied Physics, in a press release announcing the project. “This new method is not limited to the traditional range of electromagnetic signals; thus, we already have the ability to probe all 1011 stars in the Milky Way for warp drives, and soon, the ability to probe thousands of other galaxies.”

At the heart of the proposal, which could dramatically change the way scientists search for signs of intelligent life in the cosmos, is the idea that extraterrestrial spacecraft traveling through the Milky Way would leave a signature of their travels in the form of gravitational waves. This “warp signature” could theoretically be detected using existing tools like the Laser Interferometer Gravitational-Wave Observatory (LIGO), which came to fame in 2015 after it successfully detected gravitational waves first proposed by Albert Einstein way back in 1916, a discovery that won the research team involved a Nobel Prize.

In a one-on-one interview with The Debrief, Martire explained that this method of spacecraft detection is not limited to warp drive-powered spacecraft but could just as easily detect a massive alien spaceship moving at sub-light speeds like the extraterrestrial RAMA spacecraft in Arthur C. Clarke’s science fiction novel “Rendezvous with Rama.”

“A warp drive is a subcategory of a Ramacraft,” added Martire, “but there could be things other than warp.”

In fact, Martire and the team behind the proposal have named their detection system “RAMADAR” in honor of Clarke’s fictional spacecraft. Martire says it was actually Paulini’s protege Michael Andrews who proposed the RAMADAR name (which actually stands for RAMAcraft Detection And Ranging), and they all knew immediately it was the right moniker for their alien spacecraft detection system.

Last year, The Debrief wrote about the sub-light speed “physical warp drive” proposed by Martire and his fellow author Alexey Bobrick. Unlike more well-known warp drive concepts such as the Alcubierre/White metric or the Lentz Drive, the metric proposed by the Applied Physics team doesn’t rely on ‘exotic’ matter or negative energy but instead is a drive they say could potentially be built without violating Einstein’s theories of General Relativity.

“(Our paper) proved warp drives were not pseudoscience, as we do not need negative energy to power warp drives,” Martire explained in an email to The Debrief. “This paper cleaned up a few misconceptions about warp and general relativity, as a few simple oversights had made the science unphysical, i.e., pseudo. So the Bobrick-Martire metric is the only physical warp metric as all other warp metrics have energy violations.”

Martire says their paper caught the attention of two prominent physicists who reached out to them with the original idea for RAMADAR. And these weren’t just any pair of scientists.  Paulini and Andrews are well-respected physicists who gained recognition for their work on the Compact Muon Solid (CMS) experiment that operates at the Large Hadron Collider at CERN in Switzerland,

“They said, ‘we read your warp paper and wondered if you thought about using (LIGO) to look for gravitational waves caused by alien spacecraft,” Martire told The Debrief. “And we were like, ‘duh, why hadn’t we thought of that?’”

How RAMADAR Could Detect extraterrestrial Spacecraft

Although LIGO’s ability to detect gravitational waves has already been proven, the team behind the RAMADAR proposal admits that the ability to detect a warping of space/time caused by a massive ship moving at sub-light speeds or a smaller extraterrestrial spacecraft moving faster than the speed of light is still an open question.

“Gravitational wave detection is still in its infancy,” explains Paulini. “Future experimental improvements will open the gates for new discoveries.”

However, Martire explained to The Debrief the mechanism to detect the gravitational effects of spaceships and distinguishing them from more mundane objects like comets or meteors is a key part of their proposal and something they are currently writing machine learning software to do.

But, Martire explains, the two craft will leave different wave patterns in the water, essentially a signature that differentiates them from each other. It is the same with gravitational waves in space.

Making Science Sexy is One of the Key Goals of RAMADAR

Although admittedly driven by his own curiosity, the sometimes overly energetic yet clearly brilliant Martire says he has another goal in mind for the RAMADAR project, increasing children’s interest in Science, Technology, Engineering, and Math (STEM).

“The ‘warp age’ won’t happen unless we get more STEM enrollment,” he told The Debrief. “STEM is dying, but a project like this could change that by making science sexy again. My desire with this project is we do detect a warp drive, and that becomes humanity’s carrot.”

It’s that carrot, the idea of finding signs of intelligent life outside of earth, that he says can make science cool and fun again.

“With LIGO, with current data and current capabilities, we could scan the entire Milky Way! That is very sexy! And there has to be life in the Milky Way!”

As the paper’s title, “Searching for Intelligent Life in Gravitational Wave Signals, Part I,” implies, there are more papers to come. In fact, Martire gave The Debrief a (confidential) sneak peek at the next paper in the series, which is still being prepared, and if their preliminary conclusions are proven correct, it could permanently change how astrophysicists and astrobiologists search the cosmos for signs of extraterrestrial life. In fact, the paper’s team says. that change may even include looking for signs of alien spacecraft operating in our own backyard.

“At the present moment, our methods apply to a general class of Rapid And/or Massive Accelerating spacecraft (RAMAcraft) far from Earth,” says Luke Sellers of the Advanced Propulsion Laboratory (APL) at Applied Physics. “In the future, we hope to also generalize the methods to smaller objects closer to home.”

Of course, Martire and his team admit that this is only a first step, but they are confident that, done properly, they could potentially be the first team to detect the signs of intelligent life roaming the galaxy.

“This is warp field mechanics,” Martire told The Debrief. “This is as hard as it gets.”

However, Martire added he can’t think of any project he would rather work on and is convinced his team is the right group to conduct the search.

“Imagination is our only limitation,” said Martire.  “We’re not chasing ghosts. With math, we have a path. If this doesn’t make calculus sexy, I give up!”