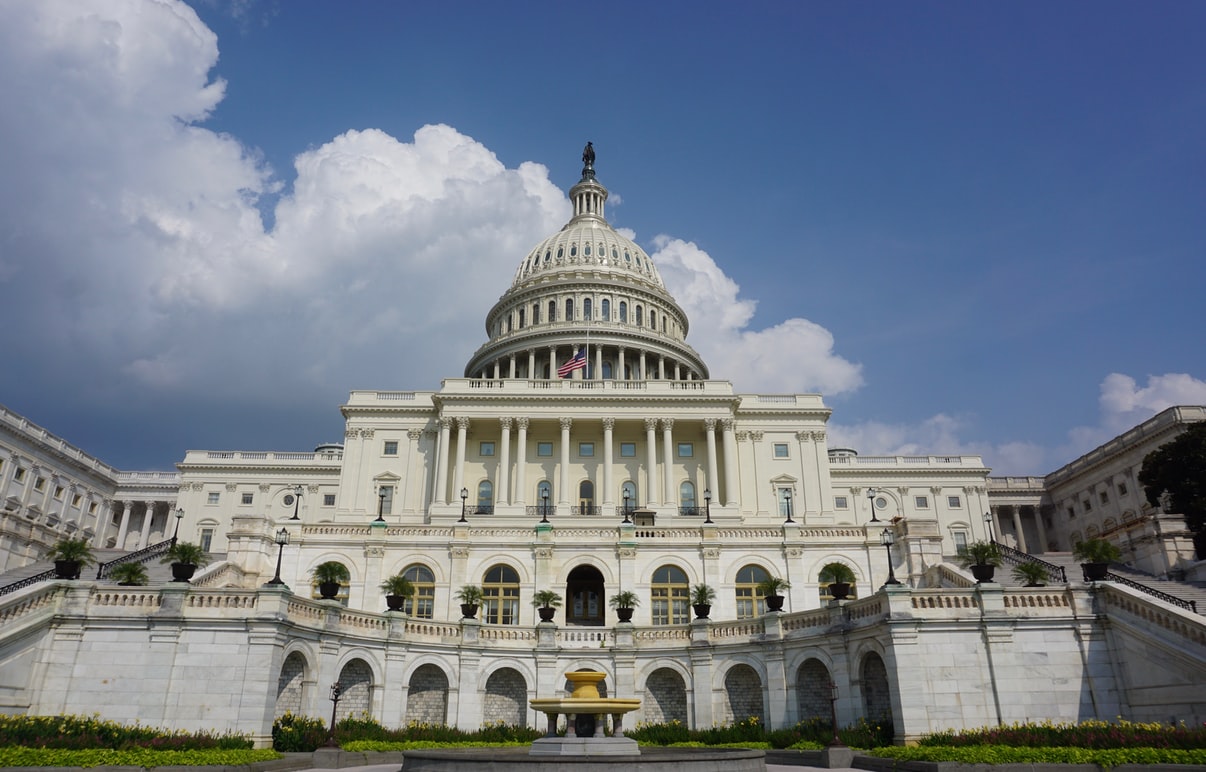 Welcome to this week’s installment of The Intelligence Brief… recently, a compromise was reached between the House and Senate Armed Services Committees regarding the National Defense Authorization Act (NDAA) for 2023. With the bill’s language appearing online just hours ago, this week we’ll be analyzing 1) the announcement of the compromise NDAA, 2) a look at disruptive technologies and other provisions outlined within the bill, and 3) a quick look at the language on what it now calls “unidentified anomalous phenomena” (UAP) that made its way into the latest version of the bill.

“The reality is, the United States has global interests. Our defense budget is about the same as the defense budgets or military budgets of every other country in the world put together.”

Before we get into this week’s NDAA analysis, a few stories we’ve covered in recent days at The Debrief include new research that claims to have observed quantum entanglement in the brain, suggesting that a “quantum brain” might solve the hard problem of consciousness. Elsewhere, Japan’s Space Agency JAXA has reported the first successful flight of a steam-powered spacecraft named EQUULEUS beyond low earth orbit. And in the field of acoustics, a team of researchers has revealed new applications for levitating small objects with sound.

In video news, Chrissy Newton was recently joined on Rebelliously Curious by Dr. Gary Nolan, an entrepreneur, inventor, and a University of Stanford Professor in pathology for a discussion about UAP and his work regarding unique regions of the human brain. And as always, you can find links to all of our recent stories at the end of this week’s newsletter.

With that behind us, let’s take a look at some of the areas of military development, disruptive technology, and unidentified anomalous phenomena that have made their way into the current language within the latest version of the 2023 National Defense Authorization Act.

The 2023 NDAA: The House and Senate Reach a Compromise

This week, a compromise version of the National Defense Authorization Act (NDAA) was released by the Senate and House Armed Services Committees, as political tensions have cooled in recent days since November’s midterm elections.

“We are pleased to announce we’ve come to a bipartisan, bicameral agreement on this year’s National Defense Authorization Act,” read a statement at the website of the United States Senate Committee on Armed Services, which said this year’s agreement continues a “62-year tradition of working together to support our troops and strengthen America’s national security.”

“We urge Congress to pass the NDAA quickly and the President to sign it when it reaches his desk,” the statement added.

Every year, funding for critical defense priorities are enabled with the passage of the NDAA, with this year’s price tag topping out at $857.9 billion, following the addition of $45 billion to initial budget requests from the Biden administration. The complete legislative text can be read in its entirety here.

With all that in mind, let’s take a closer look at what taxpayer dollars will likely be going toward in this year’s NDAA, if it passes.

From military concerns and competition from foreign adversaries like China, to the development of next-generation aircraft and other state-of-the-art technologies, the current language appearing in the NDAA seeks to help facilitate the development of a range of key weapons and technologies for the DOD and related areas of government.

According to an online summary, the FY 2023 NDAA “focuses on the most vital national security priorities for the United States, including strategic competition with China and Russia; disruptive technologies like hypersonic weapons, artificial intelligence, 5G, and quantum computing; modernizing our ships, aircraft, and vehicles,” along with funding aimed at “improving the lives of our servicemembers and their families.”

The summary breaks down the funding levels included within the bill as follows:

In addition to its stated funding areas, the bill will also allocate up to $6 billion to aid in funding for “unforeseen higher-priority needs” that may arise at a later time “in accordance with normal reprogramming procedures.”

Among the areas of focus presented in the bill’s language are provisions focused on the conflict in Ukraine and other international security objectives. According to a summary of the bill, the FY 2023 NDAA “Expresses the Sense of Congress in strong support of U.S. commitments to the North Atlantic Treaty Organization (NATO) alliance and European partners,” further adding that it supports the ongoing “U.S. and allied posture to adapt to the new security environment created by Russia’s unprovoked further invasion of Ukraine.”

Provisions in the bill also focus on strengthening land warfare capabilities with upgrades and enhancements to vehicles and related support systems. Similar provisions are outlined for the advancement of air power, surface and undersea warfare, and additional funding for countering evolving threats that include “threats posed by unmanned aerial swarms (UAS) as well as a briefing on security cooperation activities related to counter UAS.” 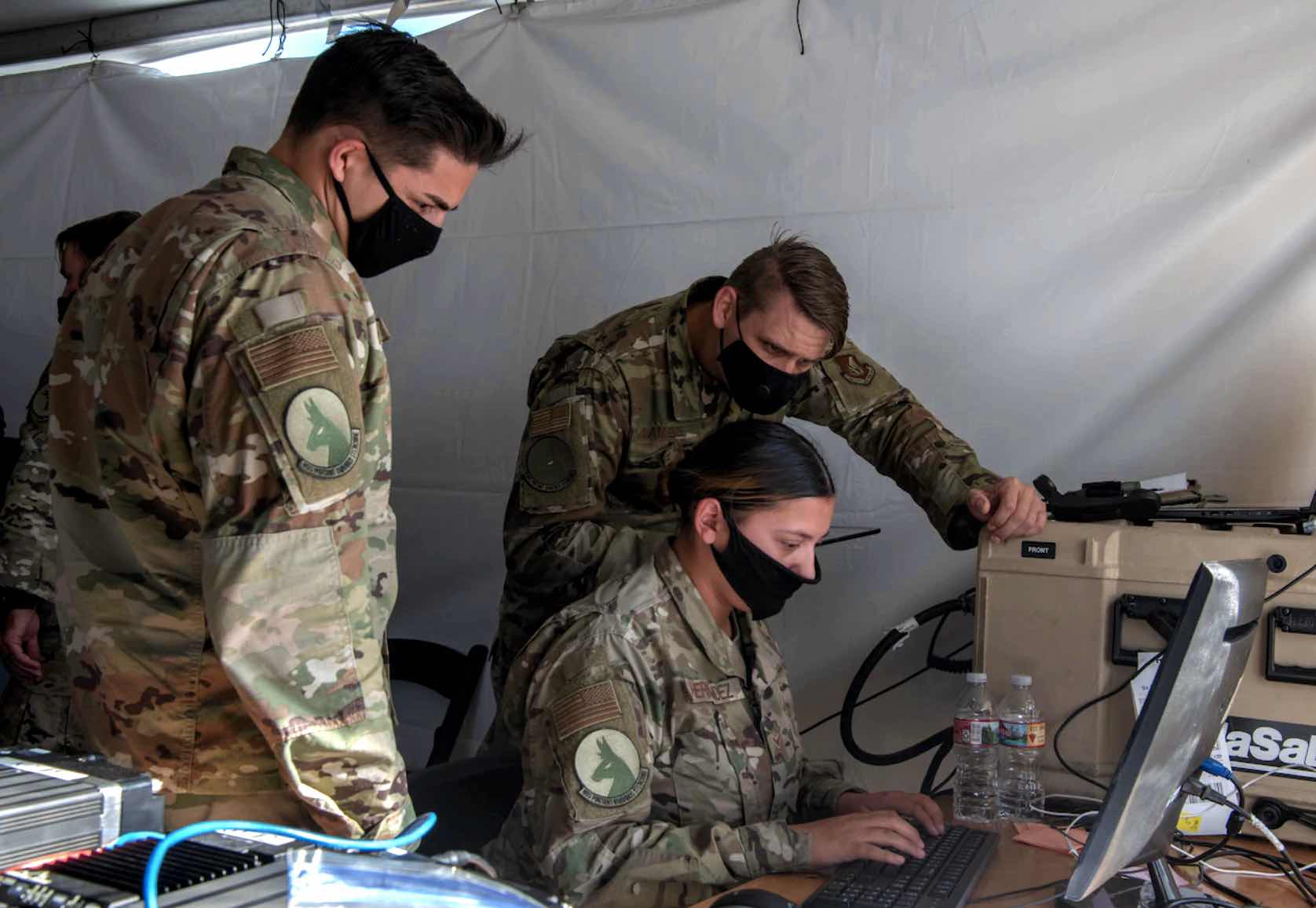 Additional provisions outlined in the bill include funding for investments in cutting-edge technologies like artificial intelligence, quantum computing, electronic warfare, and a host of similar technologies, with an overall increase in $75 million allocated to the Defense Advanced Research Projects Agency (DARPA). Cybersecurity also receives significant attention in the bill, with authorization for a $44.1 million dollar increase to support CYBERCOM’s Hunt Forward Operations, and outlining a strategy that merges cyber and electronic warfare across military and intelligence operations to lend “strategic, operational, and tactical effects in support of combatant commanders.”

With its focus on emerging threats, cutting-edge technologies, and expansion of military capabilities in the cyber domain, there are also provisions related to the ever-timely topic of unidentified aerial phenomena (UAP) outlined in the current bill’s language that are worth looking at.

The latest version of the bill also contains language related to what it now characterizes as “unidentified anomalous phenomena,” in apparent acknowledgment of the multi-domain presence and presumed capabilities of the phenomena in question. Sec. 1673 within the compromise bill language, titled “Unidentified anomalous phenomena reporting procedures,” outlines an original House provision related to reporting procedures for government employees related to UAP involving a secure method for authorized reporting (i.e., for “whistleblowers” possessing knowledge about past or current government programs related to UAP).

The significance of this portion of the bill’s language has mainly to do with efforts toward broader transparency on what information the U.S. government may already have collected on UAP. Sec. 1673 appears in the combined version of the bill released this week, albeit with an amendment to “re-order the subsections, delete the private right of action for reprisals, drop the Inspectors General review, and provide technical changes” to the original wording that appeared in the House version. 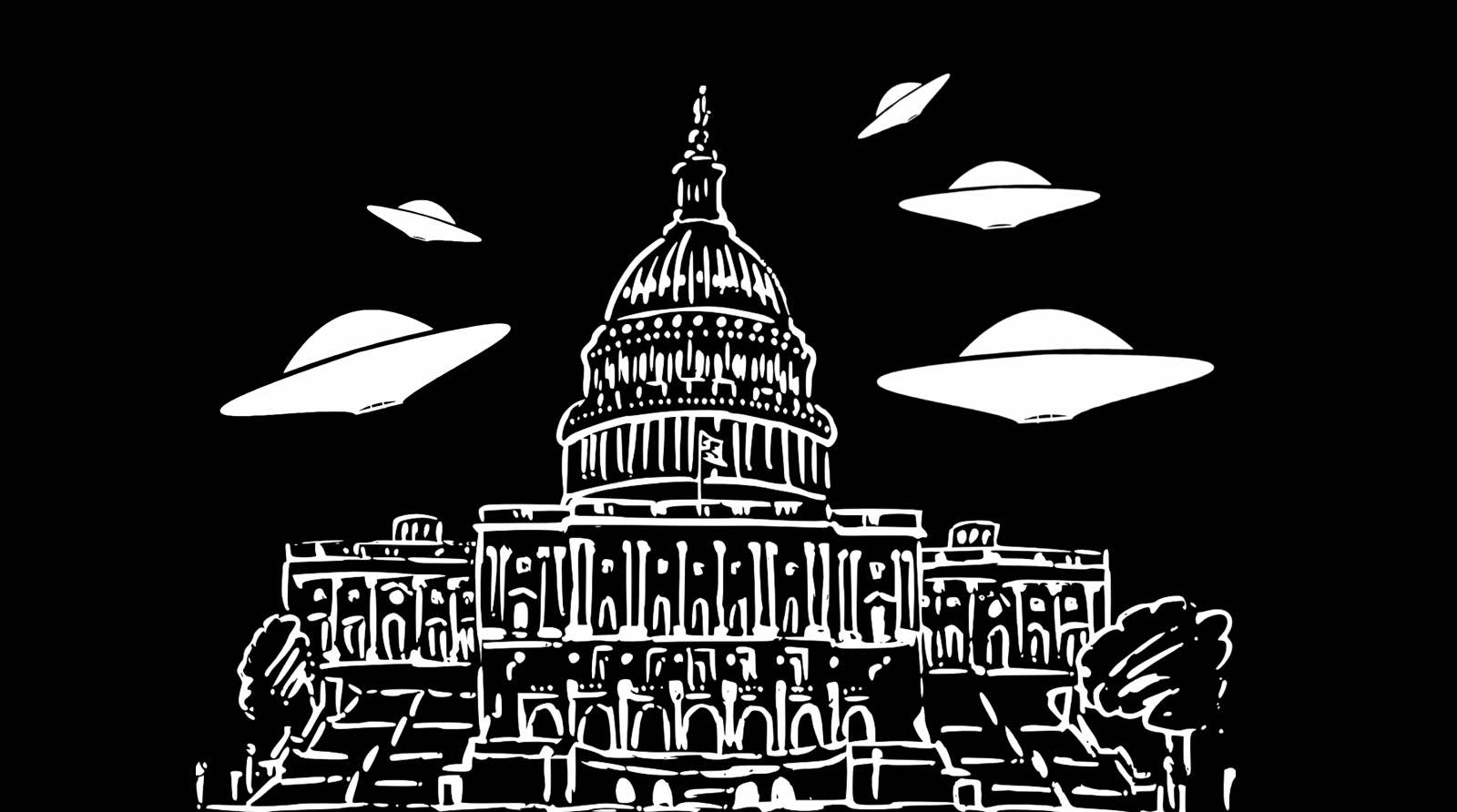 Another key area related to UAP in the FY 2023 NDAA involves general revisions pertaining to the Pentagon’s current UAP office, the All-Domain Anomaly Resolution Office (AARO) and its operations. Significantly, a “historical record report” that had previously been tasked to the Government Accountability Office will now become part of AARO’s mission.

Douglas Johnson, a watchdog who frequently reports on U.S. government developments related to UAP on social media and on his website, noted in a post on December 6 that “the mandate for the historical study was placed on the Government Accountability Office (GAO), which is an arm of Congress.”

However, Johnson points out that while its role is significantly reduced, the GAO isn’t entirely out of the picture yet. As Johnson explains, while “the responsibility for the historical study and ensuing report is placed with AARO,” the GAO is still directed to carry out “a later ‘audit’ and congressional briefing functions.” For those interested in reading more, Johnson has included a link to a PDF with all the UAP-related language within the NDAA available for download at his website.