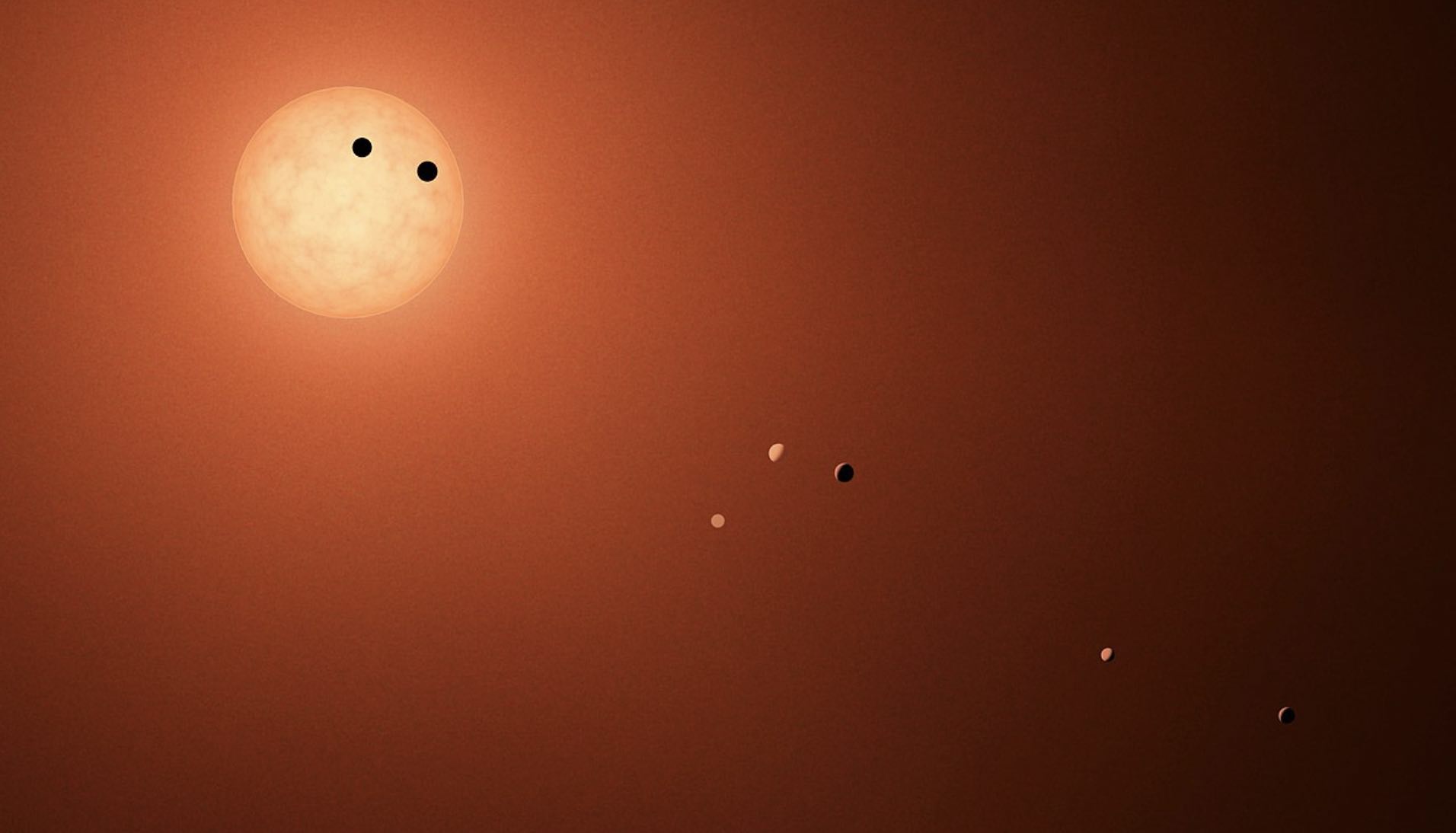 A pair of puzzles that planetary scientists have observed amidst 3,800 different planetary systems may have been solved, with the aid of a new model that considers the influence of various forces on young planet formation.

For the last decade, astronomers have been aware of an apparent dearth of planets of a particular size: those with radii between 1.5- and 2-times Earth’s radius, with an average radius or “valley” of about 1.8 times that of our planet. This phenomenon, known as the small planet radius gap or “radius valley”, was first observed during exoplanet studies in 2013 by NASA’s Kepler spacecraft. The probable cause was determined to possibly be the result of mass-driven loss of planets within this size range due to an atmospheric stripping process called photoevaporation that occurs on some low-mass planets.

Equally mysterious to astronomers had been the curiously harmonious orbital spacing of exoplanets of similar size to one another around their parent star, observations of which have now been logged in hundreds of galaxies. The phenomenon, appropriately nicknamed “peas in a pod”, was discovered by Université de Montréal astrophysicist Lauren Weiss and colleagues in 2018.

Now, according to new research published in Astrophysical Journal Letters, new light is being shed on these pressing exoplanetary mysteries.

André Izidoro, one of the authors of the study, says that he and his team believe they are the first to offer a comprehensive explanation for the “radius valley” phenomenon, thanks to the help of a new model of planet formation that takes into account dynamic evolution to help resolve the past observations of astronomers.

Not only that, but Izidoro said in a statement that he and his team can show “that a planet-formation model incorporating giant impacts is consistent with the peas-in-a-pod feature of exoplanets.”

Izidoro is one of several scientists with the NASA-funded CLEVER Planets project, an interdisciplinary group based at Rice University, Texas, whose work aims “to unravel the conditions of planetary habitability in the Solar System and other exoplanetary systems.”

According to Izidoro, his team employed a supercomputer simulation that canvassed the first 50 million years of planetary system development by employing a model of planetary migration, in which discs of gas and dust that eventually give rise to the formation of infant planets also perform another unique function: they draw them toward their parent stars. As a result, these planets become locked into resonant chains of orbits, which after several millions of years finally break once the protoplanetary disks disappear. Eventually, this disrupts the orbit enough that the resulting instability can cause planets within these orbital chains to collide.

However, some planetary systems appear to maintain their orbital resonance—conditions where the regular gravitational influence of planetary bodies on each other helps them maintain their distance and spacing—something to which astronomers in the past have applied planetary migration models to try and explain. In 2021, the CLEVER Planets team employed such a model to help calculate disruption occurring in the seven-planet system orbiting the ultra-cool dwarf star TRAPPIST-1, which it was believed might have actually seen planetary collisions in the past, but nonetheless maintained the orbital harmony astronomers observe today.

Building on this past research in their new study, Izidoro and the team believe that infant planets frequently collide during the crowded conditions that occur as they are being drawn near to their host star. During these cataclysmic encounters, the planets lose much of their hydrogen atmospheres. According to their recently published research, the team believes their new observations “show that the migration model accounts for the exoplanet radius valley and the intrasystem uniformity (“peas in a pod”) of Kepler planets.”

Further, Izidoro says that massive impacts between planets like this likely served as the process behind the formation of Earth’s moon, which he thinks is likely to be “a generic outcome of planet formation.”

From these observations, the CLEVER Planets team believes a pair of different planet types emerge. The first variety are the rocky and very dry “super-Earths,” roughly 50% larger than our planet, and the second, known as “mini-Neptunes,” are even larger and possess an abundance of water ice.

However, the researchers state in their paper that their results “do not support an exclusively rocky composition for the cores of mini-Neptunes.” Going forward, the team hopes that additional data collected with the help of NASA’s James Webb Space Telescope will help confirm their observations.