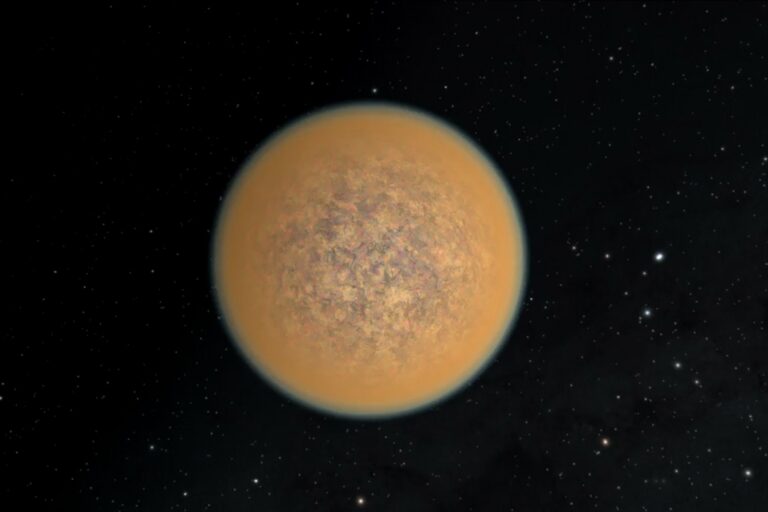 Exoplanet Spotted by Astronomers Appears to be Regrowing Its Atmosphere

Researchers have recently discovered that GJ 1132 b, an exoplanet about forty-one light years from Earth, appears to be re-growing its atmosphere after having lost it in the past. Using images captured by the Hubble Telescope, researchers explained in a paper published in the Astronomical Journal that this is the first time a second atmosphere has ever been found on an exoplanet.

Background: How Did GJ 1132 b Lose Its Atmosphere in the First Place?

GJ 1132 b was first discovered in 2015 by a team at the Harvard-Smithsonian Center for Astrophysics. According to statements made by NASA, GJ 1132 b is “hypothesized to have begun as a gaseous world with a thick hydrogen blanket of atmosphere. Starting out at several times the diameter of Earth, this so-called “sub-Neptune” is believed to have quickly lost its primordial hydrogen and helium atmosphere due to the intense radiation of the hot, young star it orbits.”

NASA scientists believe that the exoplanet was stripped down to a bare core because of this radiation. In an interview with Inverse, Mark Swain, an astronomer at NASA’s Jet Propulsion Laboratory described the exoplanet’s surface like “walking around on one of the lava fields in Hawaii where you can look down in the cracks and see the growing magma, but the whole world might look like that.”

Analysis: The Key to the Second Atmosphere

The possibility of a secondary atmosphere, as observed through Hubble’s images, have left many astronomers surprised and excited. Based on direct observational evidence and computer modeling, the original research team infers that this atmosphere consists of molecular hydrogen, hydrogen cyanide, methane, and an aerosol haze, similar to that of smog here on Earth. So where could this second atmosphere have originated?

While researchers continue to narrow in on just exactly how this process took place, the possibility of an exoplanet regenerating its atmosphere is extremely exciting. According to Swain, in the Inverse interview, “It’s super exciting because we believe the atmosphere that we see now was regenerated, so it could be a secondary atmosphere. We first thought that these highly irradiated planets could be pretty boring because we believed that they lost their atmospheres. But we looked at existing observations of this planet with Hubble and said, ‘Oh no, there is an atmosphere there…’ It’s super exciting.”

Even more exciting is that Swain and his research team will get a much closer look at the exoplanet by using the James Webb Space Telescope. Scheduled for full functionality in October of 2021, the telescope is specifically designed to observe and study exoplanets. This will allow the team to better understand the atmosphere of GJ 1132 b and locate where the volcanic activity may be taking place.

You can also get all the latest  news and exciting feature content from The Debrief on Flipboard, and Pinterest. And don’t forget to subscribe to The Debrief YouTube Channel to check out The Official Debrief Podcast.