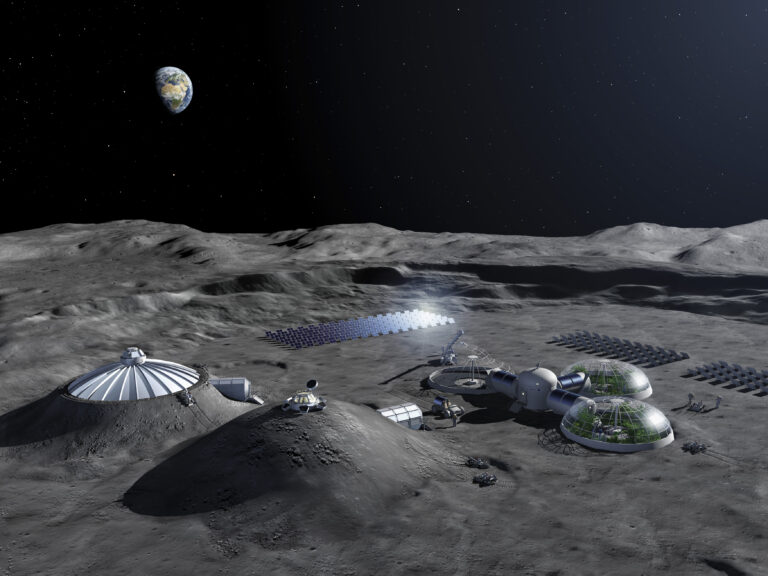 
A "Lunar Ark" will store Earth's biological material on the Moon.

Jekan Thanga, a researcher from the University of Arizona, has proposed that humanity build a “lunar ark” on the Moon to store over 6.7 million samples of seeds, spores, sperm, and eggs from Earth.

Thanga and some of his students want to develop a “modern global insurance policy.” The team presented their paper at the international IEEE Aerospace Conference last weekend.

“Earth is a very unstable place,” Thanga, an aerospace and mechanical engineering professor in the UArizona College of Engineering, told The Debrief. “Furthermore, our human presence further destabilizes the situation. Our civilization and our technology are very fragile to natural disturbances that can knock it down, [and] cause a total collapse.”

BACKGROUND: What is a Lunar Ark?

Volcanic eruptions, climate change, solar flares, asteroids, and the fact that humans tend to blow each other up always pose a risk to the planet’s biological diversity. By storing samples off-world, Thanga and his team believe we can avoid cataclysmic evolutionary or ecological issues in our future.

“We have identified seven major threats that could cause major cataclysm on Earth and for humans likely causing a sudden, total collapse of human civilization and the natural ecosystem that surrounds us,” Thanga wrote in an email. “Furthermore, we identified several other dangers, such as loss of biodiversity that can knock out our food supply chain and human civilization but over a short duration. Given these vulnerabilities, we need to have a backup of our most valuable resource, Earth’s biodiversity.”

Humanity has already established a seed bank for such a purpose. However, Thanga explained that any reserves based on Earth are not as safe as they would be on the Moon housed in stable lava tubes that have remained untouched for billions of years.

“The backup should ideally be offsite so that it is well safeguarded from an Earthly event. We have backups for our most valuable data, some countries have financial reserves in case of economical challenges, yet at the global level, we don’t have backup of Earth’s biodiversity,” Thanga explained. “Our facility would be situated 4-5 days away from Earth, inside lunar lava tubes that have remained pristine for 3-4 billion years.”

ANALYSIS: Building an Ark Is No Simple Task

In 2013, about 200 lava tubes were discovered beneath the Moon’s surface. Formed billions of years ago, these underground caverns are about 100 meters in diameter and have remained untouched. According to Thanga, they are perfect for housing these samples because they are protected from dramatic shifts in temperature, meteors, and solar radiation.

The Moon is a reasonably stable place, so much so that NASA wants to build a base on its southern pole. Storing biological material there, because of its lonely quiet, provides an enduring, unchanging environment.

“Our focus is to preserve Earth and its biodiversity for future generations,” Thanga stated. The Moon is a perfect candidate.

Thanga admitted that he and his team are simply looking to seed the idea, as there are hurdles on getting to the Moon should human civilization collapse.

“In reality, if human civilization collapses and it needs to be restarted, that would require a separate but similar effort,” he explained. “We didn’t get into [that], rather we are interested in seeking the concept of an Ark being ignited so that other related ideas can follow.”

Building such a storage facility would take quite a bit of work. Thanga estimated that we could do it with about “250 rocket launches” that would ship materials and biological samples to the Moon. Thanga noted that the International Space Station required 40 rocket launches, so he believes the task can be accomplished.

“If the required component technologies advanced beyond expectations, we ideally think the Ark is ready to build in 30 years,” Thanga stated.

Currently, the Ark is not yet feasible. Thanga’s Ark would require small robots to assess viable lava tubes and return that data to Earth. Rocket launches aside, the facility would have to be constructed, solar panels erected for power, and robots built to construct and operate the facility.

The Science of VR Vision: How Does Virtual Reality Imagery Work?

“We envision that the Ark be operated by teams of robots so that it minimizes the required footprint (resources) needed for establishing and operating the base,” Thanga said.

If humans had an established presence on the Moon, the entire construction process could be sped up, Thanga explained. However, a human lunar settlement is still a ways off.

OUTLOOK: A Lunar Ark on The Moon

Building a lunar ark does sound a little wild. However, to suggest that humanity will stay put on Earth contradicts the last half-century of space exploration. Moreover, as Earth continues to undergo significant climatic and ecological changes, with no real signs of slowing down, there is something almost necessary about storing the building blocks of Earth’s biodiversity somewhere safe.

“What amazes me about projects like this is that they make me feel like we are getting closer to becoming a space civilization, and to a not-very-distant future where humankind will have bases on the moon and Mars,” Álvaro Díaz-Flores Caminero, a UArizona doctoral student and member of the team, said in a written statement. “Multidisciplinary projects are hard due to their complexity, but I think the same complexity is what makes them beautiful.”

Humans have a desire not to be forgotten. We send radio messages into space and strap golden discs to spacecraft, hoping that someone out there will hear us shouting in the darkness.

Thanga evaded whether part of his team’s project was to immortalize our DNA and biological material in the hopes that, should humanity die out, someone else comes along in the future and stumbles across our lunar ark.

Perhaps this Ark will serve as a cautionary tale to some future intelligence, or maybe, after humanity disappears from the cosmos, we could enjoy a second chance?