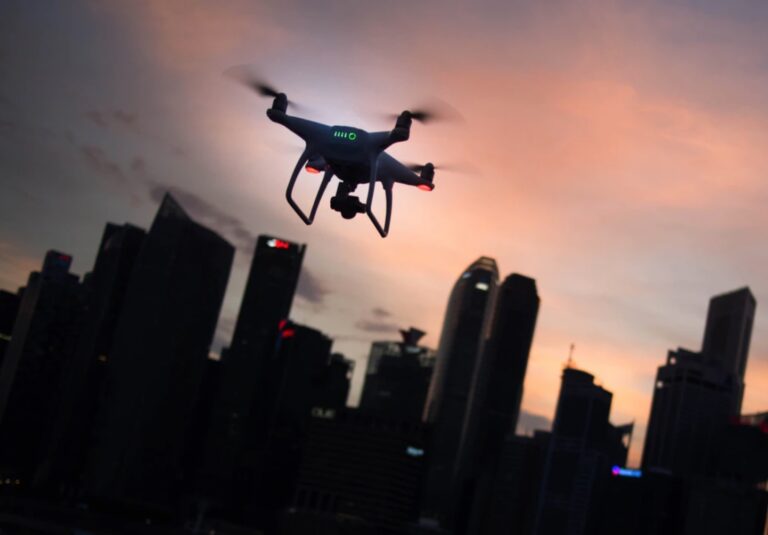 The Federal Aviation Administration (FAA) has just released the dates when its new guidelines for drone flights are set to take place, according to an update posted at the agency’s website.

According to the new guidelines, the FAA will now require Remote Identification, as well as new rules for Operations Over People, which will take effect on April 21, 2021.

“Drones or unmanned aircraft systems (UAS) are fundamentally changing aviation, and the FAA is committed to working to fully integrate drones into the National Airspace System (NAS),” reads a statement at the FAA website. “Safety and security are top priorities for the FAA and remote identification (remote ID) of drones is crucial to our integration efforts.”

In December 2019, the FAA published a Notice of Proposed Rulemaking (NPRM) regarding Remote Identification of Unmanned Aircraft Systems. The agency says it received more than 53,000 comments during a 60-day period thereafter, which were evaluated and taken into consideration prior to writing the final rule, which was published in the Federal Register in January.

The original effective date for the new rule was March 16, 2021, but the FAA announced that its implementation would be delayed until April 21 on account of corrections that were added last week.

According to the FAA’s definition, Remote Identification (ID) describes a drone’s ability to provide information about identification and location that is accessible to other parties. The FAA’s new Remote ID rule can be met in three ways: a drone can either operate with built-in Remote ID broadcasting capabilities, or with a module attached to the drone if Remote ID is not a built-in feature already. Lastly, drones without Remote ID will be allowed to operate without broadcasting information if they are flown within an FAA-Recognized Identification Area (FRIA) and kept within visual line of sight.

Although anyone can fly within a FRIA, the designation of such areas can only be requested by community-based organizations and educational institutions.

The new Remote ID rule will require information to be broadcast which will aid in the identification of the drone while in flight, as well as its takeoff point or control station. According to the FAA, such guidelines provide “crucial information to our national security and law enforcement partners, and other officials charged with ensuring public safety.”

The Operations Over People rule is an amendment to Part 107 of the Federal Aviation Regulations. Back in June 2016, the FAA issued its remote pilot certification and operating rules related to drones under 55 pounds, which did not allow for the operation of such craft at night or over people without first obtaining a waiver. In February 2019, the FAA issued an NPRM which proposed that regulations might be amended to permit limited flight in each situation under specific conditions.

“This final rule amends part 107 by permitting routine operations of small unmanned aircraft over people, moving vehicles, and at night under certain conditions,” the FAA says, adding that other minor changes are also included with the new guidelines. The rule’s Executive Summary can be read at the FAA’s website.

The new guidelines arrive amidst increased reporting of incidents involving drones and other aerial objects observed by pilots, which may pose a risk to aviation safety. However, some privacy advocates have expressed concern about whether personal information may be at risk under the new guidelines. Others have expressed concern that drone delivery companies might also be affected, since the implementation of the new rules—especially Remote ID requirements—might complicate their ability to conduct business in accordance with the FAA’s updated rules.

The new guidelines are not the first time that privacy issues related to drones have presented issues for the FAA. In 2016, the Electronic Privacy Information Center (EPIC) brought a federal lawsuit aiming to ensure that the FAA’s drone policies would maintain practices that ensured privacy. The lawsuit primarily dealt with concerns about whether citizens would be able to have access to information about whether drones operating nearby possessed surveillance capabilities, as well as ensuring protections for drone pilots.

However, EPIC told The Debrief that the FAA’s forthcoming implementation of Remote ID technologies may actually help to ensure public privacy, by helping to prevent unwarranted surveillance.

“EPIC has long advocated for a remote ID requirement for drones as a necessary step to address the privacy implications of drones in the National Airspace because of the unique threat they pose as aerial surveillance platforms,” says Jeramie D. Scott, Senior Counsel with EPIC.

“Drones do not have a privacy interest and a drone’s ID and location should be broadcasted,” Scott told The Debrief in an email.

Virtual Reality Training Could Save Us From A Future Labor Crisis

However, the new rules may still present some privacy concerns, especially in terms of requirements that civilian operators of recreational drones will be required to broadcast their location.

Scott told The Debrief that “the FAA may need to reconsider the requirement to also broadcast the location of the operator when it’s a recreational drone.

“More importantly,” he adds, “and as EPIC has previously recommended, the FAA should require the surveillance capabilities and purpose of drones be broadcasted.”

The forthcoming FAA guidelines will implement Remote ID requirements for a variety of drones operated under various conditions, which may also allow for some enhanced public awareness of the purpose of various drone operations, based on who operates them. However, there do not appear to be any measures that provide information that is publicly accessible concerning surveillance technologies drones may employ.

“This is particularly important for commercial drones that will increasingly be flying over populated areas as the FAA allows more drone operations over people,” Scott says.

Further details about the FAA’s new Remote ID rule and the Operations Over People Rule can be read in the Federal Register.