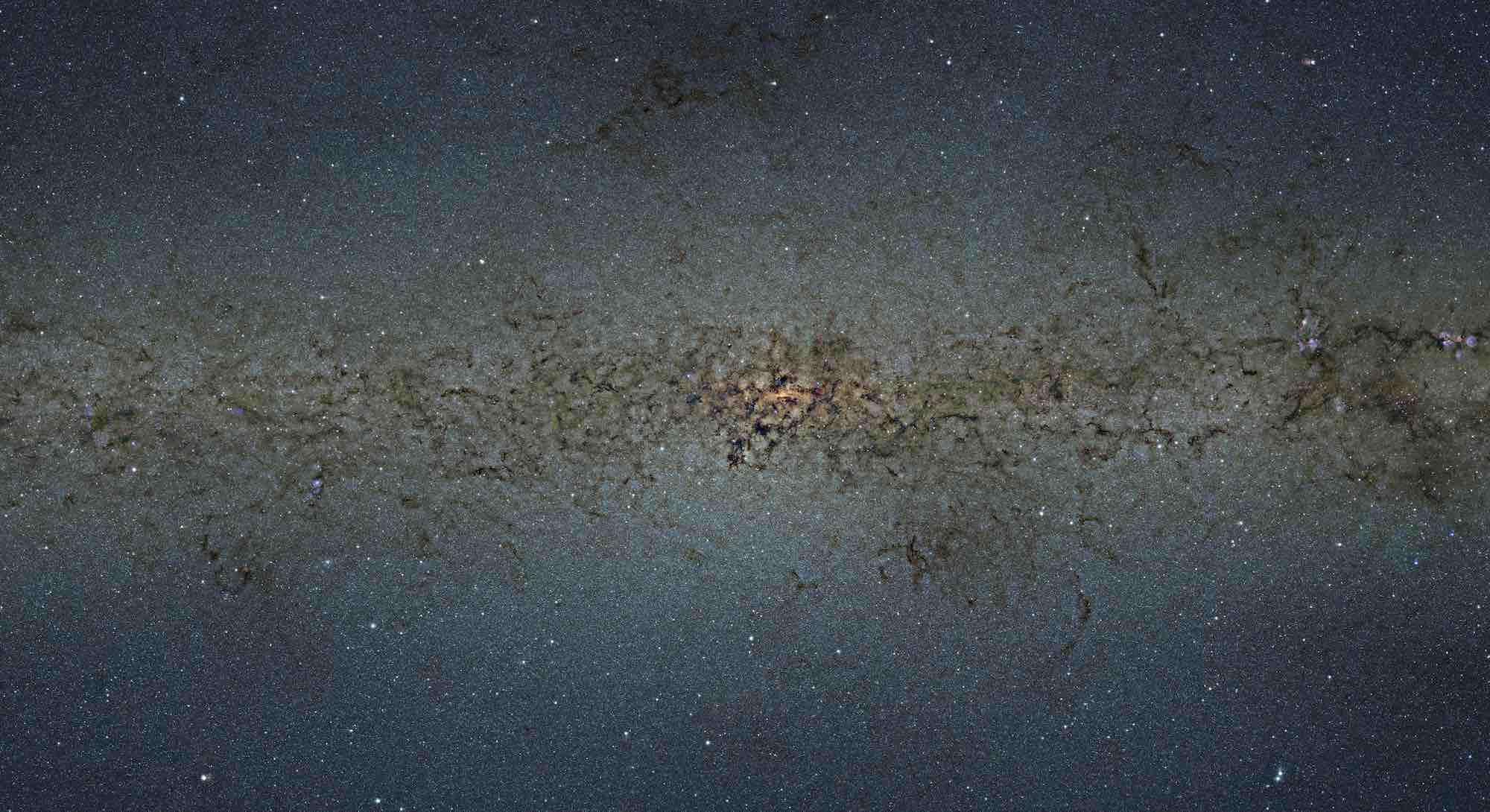 A research team has reported the discovery of a large extragalactic structure obscured from view beyond a portion of the Milky Way galaxy, in a new paper outlining their preliminary findings.

The Zone of Galactic Obscuration, also known more simply as the “Zone of Avoidance,” comprises a region of the sky that is obstructed from view on Earth by the Milky Way. Its existence has been recognized since a paper by astronomer Richard Proctor published in 1878, who first referred to this region by a slightly less memorable name, calling it the “Zone of Few Nebulae.”

Comprising close to 10% of the night sky, researchers have long wondered what might exist beyond this bulge in the Milky Way. Such questions prompted researchers at the Universidad Nacional de San Juan, Universidade Federal do Rio Grande do Sul and Universidad Andres Bello to try to use existing tools at their disposal to better understand what might exist beyond the Milky Way’s Zone of Avoidance.

By compiling and expanding on all the available data gathered in previous surveys of this region of the dark sky, the researchers say they were able to build on the existing data using information they mined from the VVV Survey, an ESO public survey focused on scanning this obscured region of space in the near-infrared.

Part of what makes the Zone of Avoidance so difficult to see beyond is the presence of star formation that occurs there, which has resulted in the accumulation of an abundance of dust and interstellar gases that cloud visibility. Although there are a few areas that astronomers identify as “clear windows” within the area, obtaining information in the near-infrared allows access to data that occasionally makes its way through the cloudy stellar nursery, which otherwise is invisible to conventional telescopes.

With the help of the VVV Survey data, the researchers were able to observe several galaxies that had previously remained invisible beyond this portion of the Milky Way, a number great enough that the team has characterized their observations as comprising a massive, extragalactic structure of as many as 58 distant galaxies.

The Bright Side of the Moon

“The redshifts obtained from both, photometric and spectroscopic techniques are in good agreement allowing the confirmation of the nature of this structure,” the team writes in their paper, “unveiling a new galaxy cluster, VVVGCl-B J181435-381432, behind the Milky Way bulge.”

The researchers published their findings in a paper uploaded to the preprint arXiv website, pending peer review and publication in Astronomy & Astrophysics.