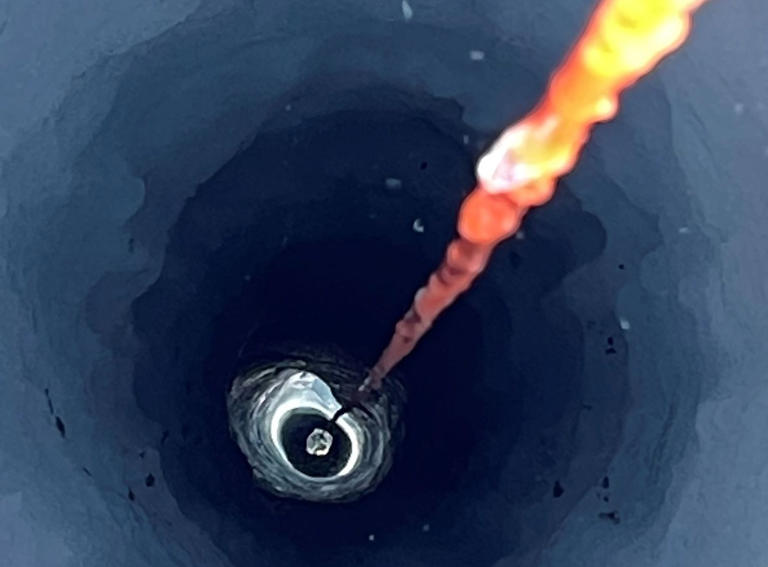 Researchers in Antarctica were recently stunned by their discovery of a thriving community of crab-like creatures living under the ice. Initially on-site to study a river hundreds of kilometers from the Ross Ice Shelf, the research team that stumbled upon the unexpected find said they were shocked and pleasantly surprised to find life where there should be none.

IN ANTARCTICA, LIFE FINDS A WAY

In the 1993 film Jurassic Park and its most recent 2022 incarnation Jurassic World: Dominion, Jeff Goldblum’s character Ian Malcolm famously observes that even against incredible odds, “life finds a way.”

Researchers looking for signs of life outside of the planet Earth have taken this idea to heart, increasingly focusing on the types of life forms that exist and even thrive in our planet’s most inhospitable environments. Often dubbed ‘extremophiles,’ these hardy, resilient life forms have been found in the deepest parts of the ocean and even thousands of feet below the Earth’s surface.

In 2021, The Debrief reported on the unexpected discovery of entirely new life forms living underneath the ice of Antarctica.

“The discovery represents the first-ever record of a rocky natural environment supporting life deep beneath an Antarctic ice shelf,” The Debrief wrote at the time. “BAS says the finding goes against all previous theories of what types of life could survive in such extreme conditions.”

That find was followed later that year by another discovery of 77 different types of known life also living underneath the Antarctic ice.  Like those discoveries, this latest find of life underneath Antarctica may aid the search for life beyond Earth.

It was a “big surprise,” said Professor Craig Stevens, a NIWA Physical Oceanographer who was part of the team in a press release announcing the unexpected discovery.

“For a while, we thought something was wrong with the camera, but when the focus improved, we noticed a swarm of arthropods around 5mm in size,” Stevens added. “We were jumping up and down because having all those animals swimming around our equipment means that there’s clearly an important ecosystem there.”

According to Stevens, the discovery prodded the research team to temporarily pause their research into the effects of climate change on the local environment and instead focus on understanding what it was they had actually found.

“We’ve taken some water samples back to the lab to look at the DNA and other properties of the water to see what makes it unique,” he said, “as we were observing something not seen in other systems close by.”

Huw Horgan, associate Professor of geophysical glaciology at the Antarctic Research Center at Victoria University of Wellington (and the project’s lead), said that finding the unexpected system of life was like “being the first to enter a hidden world.”

“It was an incredibly exciting expedition because of the rare opportunity it offered to study this type of environment.”

LIFE IN ANTARCTICA MAY AID THE SEARCH FOR EXTRATERRESTRIAL LIFE

Since the shocking discovery, the research team has resumed its original mission to study the local environment. However, they reportedly left behind enough instruments to monitor their newly discovered ‘nest of life’ well beyond the initial discovery.

“We’ve left instruments there that should provide observations for years to come,” said Horgan. “This will tell us about the water flow, temperature and pressure at two-minute intervals so we can get a good picture of how the river behaves and how it interacts with the ocean and ice sheet.”

With NASA and the world’s other space organizations increasingly focusing the search for extraterrestrial life on icy worlds with underground oceans like Jupiter’s moon Europa or Saturn’s moon Enceladus, understanding our own sub-surface life forms will become increasingly critical.