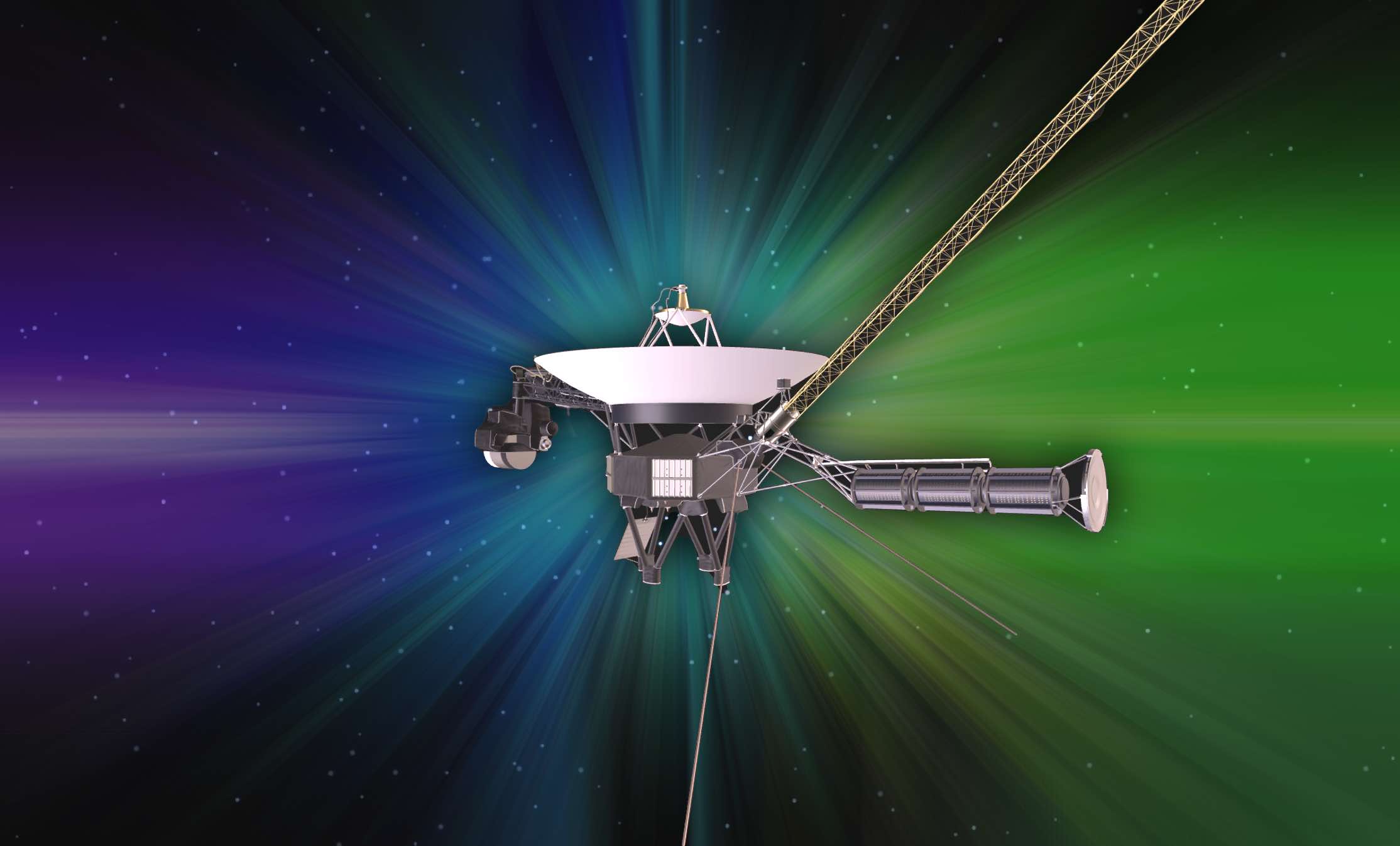 Welcome to this week’s installment of The Intelligence Brief… as NASA has revealed in recent days that the iconic Voyager spacecraft will be shutting down the majority of their instrumentation, this week we’ll be looking at 1) how the famous pair of probes will begin to power down, 2) the historic discoveries they made during their more than four decades in space, and 3) why the Voyager mission might continue for some time to come as they head off into the infinite.

“There’s only one time in history when this happens: when for the first time, humans send their artifacts, and themselves, off the Earth and explore their local neighborhood in space.”

Before getting to this week’s analysis, a few of the stories we’ve covered in recent days at The Debrief includes how one Canadian researcher thinks a new theoretical model may help to resolve one of the greatest mysteries of modern physics. Also, we covered the story of a group of researchers in Antarctica who were shocked by something they found living beneath the icy surface. Also in the news of strange things uncovered from below, we recently reported on an experiment deep below Russia’s Caucasus mountains that points to the existence of a new elementary particle, and could reshape our understanding of physics. Also in science news, time crystals were once thought to be an impossibility. However, new research from Lancaster University suggests otherwise.

This week also represents the 75th anniversary of pilot Kenneth Arnold’s famous sighting of what the press dubbed “flying saucers” seen streaking through the skies over Mount Ranier, Washington. In his “Trail of the Saucers” column, Bryce Zabel gives us a retrospective of the “Summer of the Saucers“, and why the history of the topic is still important today. Lastly, while you’re getting caught up on everything from The Debrief, be sure to also check out our YouTube page for the latest podcasts and much more.

With that behind us, it’s time we shift our attention toward two of the most iconic spacecraft ever to leave Earth and go into space in search of the unknown.

Currently more than 14,495,335 miles from Earth as they proceed on their journey into the infinite, NASA’s Voyager probes have seen more than most spacecraft ever do in their lifetime.

This is no exaggeration since the record-breaking spaceflights of Voyager 1 and 2 have carried them to places where no other craft built on Earth have ever gone; they have literally seen things and gone places that humans will likely never experience, at least in our lifetimes.

“Continuing on their more-than-40-year journey since their 1977 launches, they each are much farther away from Earth and the sun than Pluto,” reads a mission overview on the website of NASA’s Jet Propulsion Laboratory.

However, after decades of groundbreaking exploration of space and nearby planets, the Voyager mission is now reaching its final phase, with the recent announcement by NASA that several of the probes’ systems will be going offline.

More Than Four Decades of Discovery

Since their launch in late 1977, the Voyager probes have acquired stunning imagery of Earth’s planetary neighbors in its explorations of planets like Saturn and the gas giant Jupiter. From its observations of Saturn’s enigmatic rings to the discovery of ancient volcanoes on Jupiter’s moons, the probes went on to examine more distant planets like Uranus and Neptune on their way toward the edge of the solar system.

Then in the summer of 2012, Voyager 1 became the first spacecraft to enter the region of interstellar space, followed by Voyager 2 a little more than five years later in November 2018. At that time, both spacecraft continued to remain operational, sending occasional dispatches across the long distance back to Earth through NASA’s Deep Space Network.

Despite NASA’s recent announcement that it would be powering down systems aboard the Voyager probes, several components on board both of the spacecraft are already offline, which include their Plasma Science (PLS) systems, as well as Imaging Science Subsystem (ISS), Infrared Interferometer Spectrometer and Radiometer (IRIS), Photopolarimeter Subsystem (PPS), Planetary Radio Astronomy (PRA) systems, and Ultraviolet Spectrometer (UVS) systems.

Voyager: Going Beyond the Infinite

Although the recent news foreshadows the conclusion to a decades-long marvel of the space-age, there is a bright side to all of this: a primary reason for the Voyager probes’ systems going offline is to help preserve their energy stores, which NASA hopes will extend the lifespans of the two iconic probes for several more years.

Currently, only instrumentation that was deemed the most promising in terms of relaying data back to Earth about distant regions of space—primarily their fields and particles instruments—has remained online. Nonetheless, at least one science instrument is expected to remain operational on each of the probes until around 2025.

Even beyond that, while the Voyager spacecraft may not be actively collecting science data on their way through interstellar space, the information they relay back to Earth through the Deep Space Network might be beneficial from an engineering standpoint. As long as the probes are within range and can transmit signals back to Earth, NASA may be able to harvest data that will be useful in planning for future distant space operations.

As long as their trajectory continues uninterrupted, the Voyager spacecraft could conceivably make their way through space and on toward far distant worlds. By the year 40,272 AD, Voyager 1 will begin closing a distance of just 1.7 light-years from the star AC+79 3888. Meanwhile, in another 11,800 years or so, Voyager 2 will find itself within a similar distance of Ross 248, a star located in the Andromeda constellation.

Neither of these stellar locales is necessarily promising in terms of the prospect that life may be found there. Then again, if the Voyager spacecraft ever do make it that far, it still wouldn’t be a bad first attempt for NASA, and humankind in general, in terms of sending probes with vital information about life here on Earth into the dark, cold uncertainty that is interstellar space.