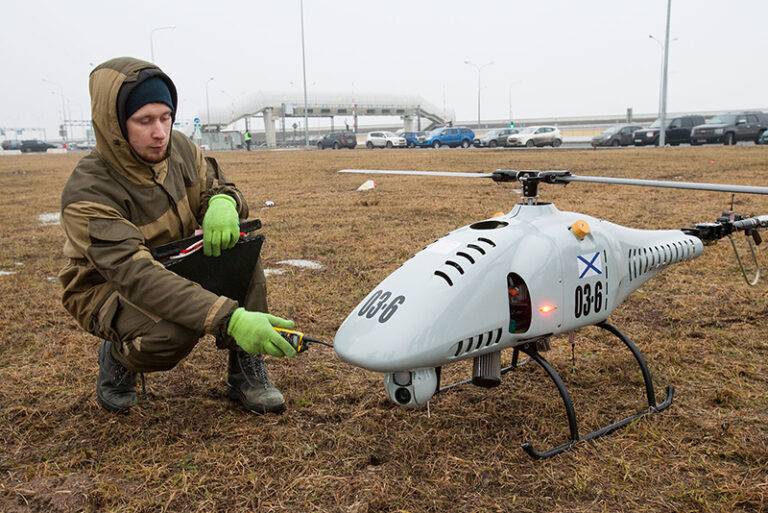 Since the conflict between Armenia and Azerbaijan erupted in the middle of 2020, Russia has identified a glaring lack of ability to hunt, track, and shoot down enemy drones that have become increasingly omnipresent in the 21st-century theater of war. Now, a new project under development looks to fill that gap in Russian air defense.

BACKGROUND: Russia and Her Drone Program

In November 2020, the Russian Military began developing a helicopter-style drone explicitly designed to counter enemy drones. Part of the Counter-UAV program commenced in 2020, and the new C-UAV drone will offer Russian forces a tool to defend against the various types of Turkish-made drones they have already encountered in the recent Azerbaijan-Armenian conflict. Not only were such vehicles a key component used by Azerbaijani forces to break through the Armenian defenses, but it’s a problem Russia has experienced in other battle zones as well.

“No doubt that Russian government’s C-UAS drive was influenced by what the nation’s military has experienced in Syria (and other locations), where the armed forces and Russian allies were subjected to attack from adversary (commercial off the shelf) drones,” explained Samuel Bendett, an adviser at the Center for Naval Analyses and a fellow in Russia studies at the American Foreign Policy Council.

With such a glaring hole in their defenses, this latest project has ramped up the Russia’s desire for reliable drone defenses.

When speaking to the Russian government news agency RIA Novosti, an unnamed source acknowledged that research and development on the new drone was specifically accelerated in response to the “increasing role of attack drones during the last local conflicts.” Once completed, this latest drone will be able to “track down small and low-speed enemy drones at low and extremely low altitudes,” the source stated.

As of 2021, Russian military forces already have several intelligence-gathering drones, including the medium-altitude, long-range Orion, but if the C-UAV project is successful, such an attack drone would be a first.

Although a necessary tool, senior military analyst Mikhail Khodaryonok, a former colonel from the Soviet Air Defense Force, sees some issues making such a design a reality.

“It has to carry a lot of equipment, and it will be costly,” he said.

Europa Becomes Next Target in NASA’s Hunt for Life

Khodaryonok favors the expanded use of existing ground-based systems. He also sees fundamental issues challenging the project, noting that a lack of a good, locally made engine has left Russia “very far behind other countries.”

Given these immediate challenges, it may be a while before the Russian C-UAV drone is operational. However, with the increasing use of lethal drones, there has been an acceleration to develop various countermeasures to defeat them.

The Debrief recently reported that The Pentagon developed a strategy to counter UAVs.

Based on Russia and its neighboring countries’ current, real-world combat scenarios, it is clear that Russia is attempting to catch up and not be left behind.