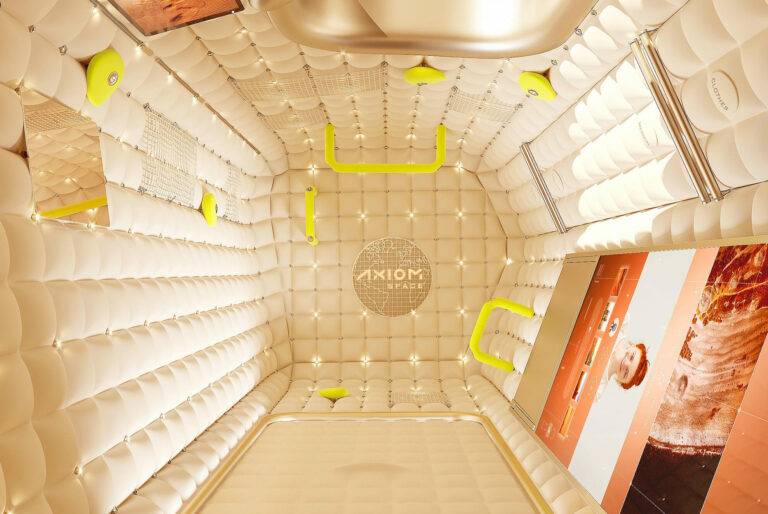 The ISS is Going to Have a Space Hotel


Headed by a Former NASA Manager, Axiom is eyeing a 2024 Launch

Hotels in space are a staple of science fiction, but they have remained out of reach in the real world until now. NASA’s former manager of the International Space Station, Michael Suffrendini, plans to change that as soon as 2024, with his first client already signed up to take an inaugural space “cruise.”

BACKGROUND: Staying in a Space Hotel

After leaving his position at NASA and starting Axiom Space in 2015, Suffrendini set his sights on designing, building, and placing in orbit the first-of-its-kind space hotel. Dubbed the “AxStation,” its budget is projected at $2 billion, with the first $140 million awarded by NASA late last year, along with an agreement from the U.S. space agency allowing the first of three planned Axiom modules to connect to the ISS.

ANALYSIS: How will Axiom Build a Space Hotel on the ISS

The primary segment, a crew module that will double as a luxuriously appointed hotel, is planned for launch in 2024. The second and third modules are intended to be a laboratory/manufacturing facility and a panoramic observatory.

In all, the company hopes to have the entire three-part station in space and fully assembled by the time the ISS faces retirement, estimated at around 2028.

“Twenty years after astronauts first began to live and work aboard the ISS, Axiom offers you the ability to traverse the sublime reach of space and fulfill personal goals of a philosophical, philanthropic, scientific or commercial nature—and help open a new chapter in human history,” the company told the Times U.K.

These are admittedly ambitious goals and an equally ambitious timeline, but its CEO said he is used to hearing such critiques since Axiom Space’s inception.

“Axiom was founded with the vision of a thriving home in space that benefits every human everywhere,” he said. “We often hear that that is a very bold statement. It is.”

Fortunately, having ambitious goals is likely a trait of someone who would want to take a vacation in space, especially when you consider that A-List movie star Tom Cruise has already signed up to be the company’s first customer, allegedly at a price tag of $55 million (a fee paid to SpaceX for the flight up). Cruise reportedly hopes to use the opportunity to shoot a film while he’s there.

Tourists like Cruise will have to spend up to 15 weeks training at the company’s Houston facility before taking the 250 mile trip outside the atmosphere. Even then, nothing is guaranteed until the first module is connected to the ISS. However, after last year’s agreement with NASA and the commitment from its first high profile customer, Axiom Space and the dreams of the first real-life space hotel seem well on track for 2024.