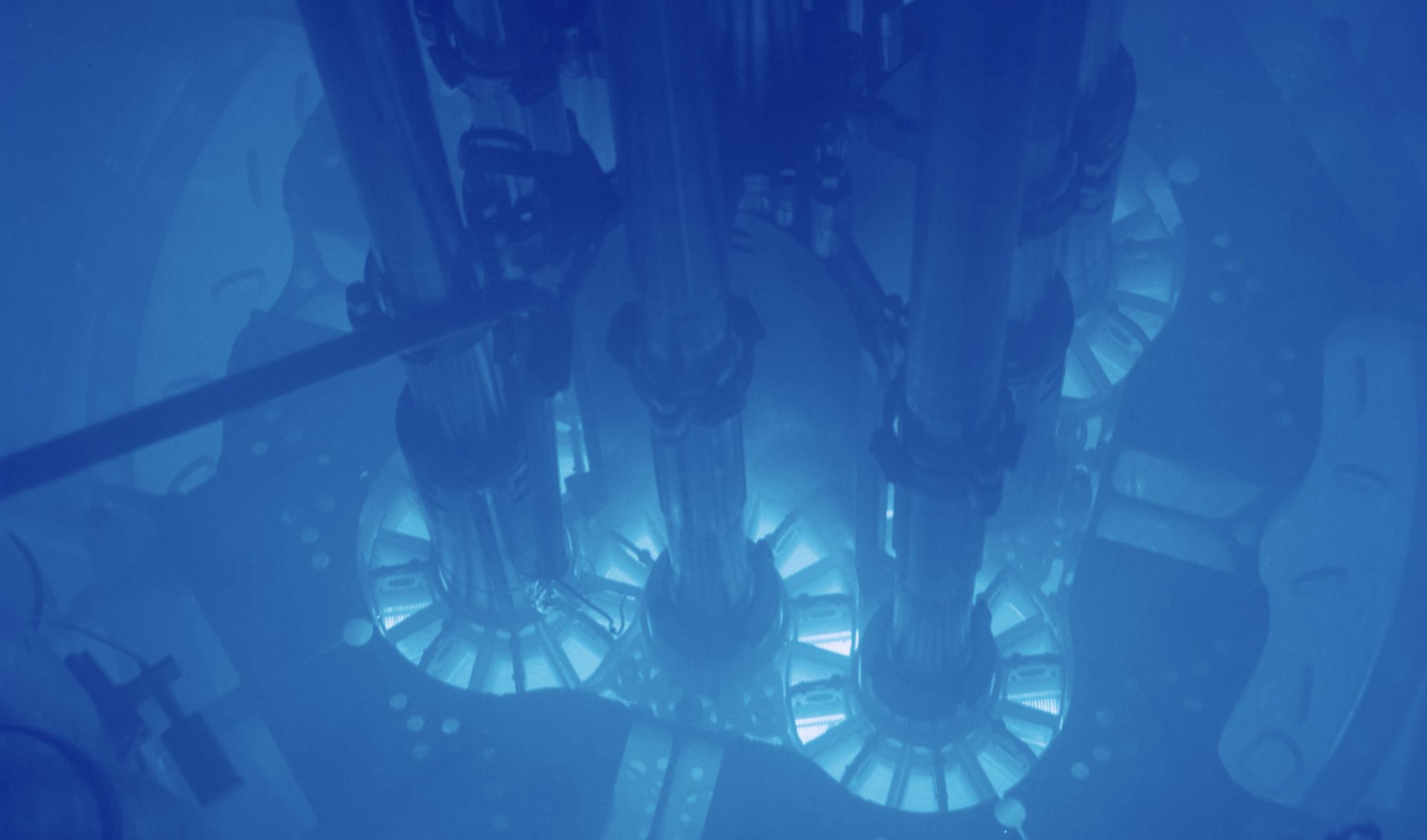 Scientists in Israel have confirmed the first experimental observation of Cherenkov radiation, a unique kind of electromagnetic energy produced by particles moving at speeds faster than light, while confined in two dimensions, according to new research.

The team, based out of the Andrew and Erna Viterbi Faculty of Electrical and Computer Engineering at the Technion—Israel Institute of Technology, says their results break current records for electron-radiation coupling strength, in addition to helping unravel several unresolved quantum properties of this unique form of energy.

In science fiction films, sequences depicting nuclear reactors often convey them cast in an eerie, misty blue glow. However, this colorful phenomenon is not relegated only to movies; it occurs in real life, too.

Named after physicist Pavel Cherenkov, this unusual form of radiation is represented as a blue glow that results when electrically charged electrons and protons exceed light speed within a given medium. First discovered in the 1930s, Cherenkov, along with his colleagues Igor Tamm and Ilya Frank, were first to explain the cause of this glow, a discovery for which they received the Physics Nobel Prize in 1958.

Although nothing can move faster than light in a vacuum, its speed can be reduced by a significant degree as it passes through mediums like air or water. When this occurs in water that surrounds sources of nuclear fuel, electrically charged particles it emits are thus able to move faster than light does, producing the phenomenon known as the “Cherenkov effect.”

In essence, what is actually occurring here is the equivalent to a sonic boom, albeit with light instead of sound. That is, an electromagnetic shock wave is produced as these highly charged particles move through a clear medium faster than light does. Rather than the deafening crash we associate with sonic booms, these electromagnetic shock waves result in energy dispersal at different wavelengths; shorter wavelengths appear in the visible spectrum as blue light, whereas longer ones have a reddish coloration.

Now, according to a new study published in Physical Review X, the Israeli team says it has demonstrated the observation of Cherenkov “surface waves” in a discovery that, for the first time in more than eight decades, shifts conventional scientific descriptions of this phenomenon in terms of classical electromagnetic waves from three dimensions to just two.

According to the team’s paper, principal author Yuval Adiv and colleagues say that based on their observations of the phenomenon confined to two dimensions, “low dimensionality and narrow bandwidth of the effect enable us to identify quantized emission events through electron energy loss spectroscopy.” In essence, through such observations, the team says they have produced experimental results that support recent predictions that free moving electrons “do not always emit classical light,” and under such conditions may “become entangled with the photons they emit.”

In their paper, Adiv and the research team also says that quantum coupling strengths that exceed the largest ever reported my greater than two orders of magnitude were observed, resulting in single electron and single photo interactions achieved for the first time with free electrons.

According to Adiv, some of the results of the study came as a surprise, particularly those related to the levels of electron efficiency the team observed.

“For many years, it seemed that we had already discovered everything there was to know about electron radiation,” said Professor Ido Kaminer, who supervised the study, adding that the notion that Cherenkov radiation “had already been fully described by classical physics” had essentially been accepted at face value by modern physicists.

“In striking contrast to this,” Kaminer adds, “the experimental apparatus we built allows the quantum nature of electron radiation to be revealed.”