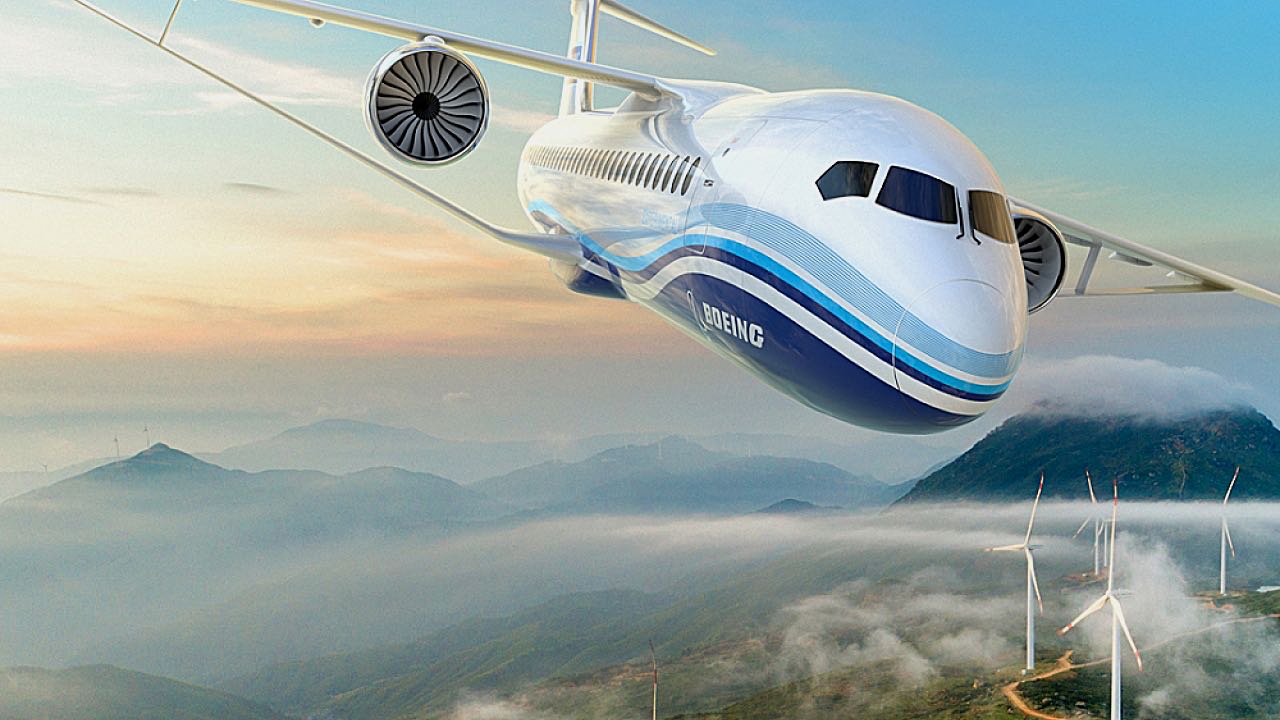 A new transonic truss-braced wing (TTBW) aircraft design is in development, following an announcement from NASA that it has chosen Boeing to lead the design and production of a new full-scale demonstrator aircraft.

“The technologies demonstrated and tested as part of the Sustainable Flight Demonstrator (SFD) program will inform future designs,” Boeing said in a statement, “and could lead to breakthrough aerodynamics and fuel efficiency gains.”

Transonic refers to the movement or flow of air around an object at great enough speeds that the generation of subsonic and supersonic airflow occurs around an aircraft. As far back as the Second World War, pilots were faced with the challenges faced as an aircraft nears the sound barrier, which can cause interruptions in the airflow around an aircraft and thereby cause flight performance and safety issues.

Specifically, shock waves are a main culprit in producing unsteady air flow and reduction of drag, and modern aircraft designers are still working on ways to mitigate the problems arising from shock waves produced during transonic flight, especially given that the majority of jet aircraft today are built to operate at transonic speeds, at which drag begins to rapidly increase, marking the boundary of airspeeds many modern aircraft are able to exceed and introducing excessive fuel consumption.

However, Boeing and its partners at NASA aim to combine advancements in materials and aircraft propulsion designs to overcome such problems with its new Sustainable Flight Demonstrator transonic aircraft, while also working to curb the impact of the civil aviation industry on climate.

Greg Hyslop, Boeing chief engineer and executive vice president of Engineering, Test & Technology, says the company’s Sustainable Flight Demonstrator will have “the potential to make a major contribution toward a sustainable future.”

Right now, Boeing says it plans to design a single-aisle aircraft that will incorporate a transonic truss-braced wing (TTBW) design, which “could reduce fuel consumption and emissions up to 30% relative to today’s most efficient single-aisle airplanes,” the company said in a statement.

Boeing’s involvement with truss-braced wing designs, involving high aspect ratio wings that feature braces to help reduce drag that occurs during lift, extends back several years. Concepts like its Subsonic Ultragreen Aircraft Research (SUGAR) Volt, a conceptual hybrid airplane developed by the company’s Research and Technology division as part of a past proposal issued by NASA would combine hybrid turbofans that would rely on conventional fuel needed to power the aircraft at takeoff but switch to electric motors capable of generating enough power needed for the aircraft’s engines while in flight. The result would be a quiet aircraft that not only reduces its sonic imprint, but also reduces emissions by as much as 70 percent when compared with other conventional aircraft.

In keeping with such past desings, Boeing’s new TTBW Sustainable Flight Demonstrator aims to help in attaining the aviation industry goals of net zero carbon emissions by 2050 and the United States Aviation Climate Action Plan.

However, the production of novel TTBW designs could do more than merely advance the sustainability and environmental goals of the civil aviation industry; Boeing believes its designs could also be used in combination with more advanced propulsion systems in the years ahead, since high-aspect braced wings would facilitate more underwing space than the majority of today’s lower-wing configurations.