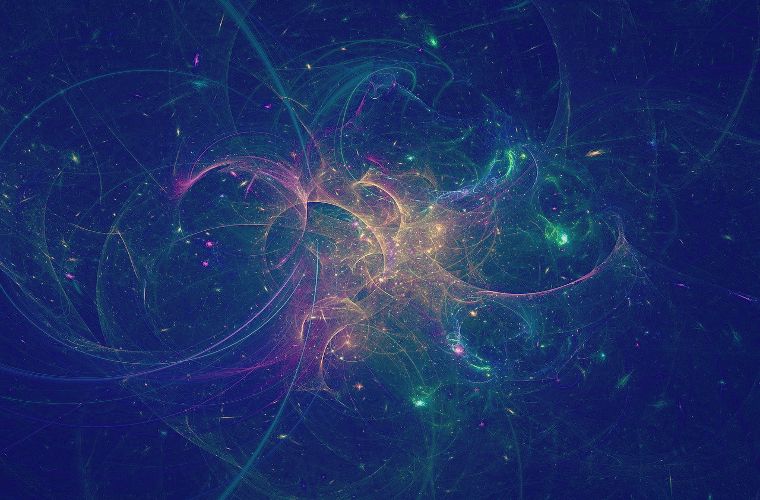 Albert Einstein’s famously elegant E=mc2 equation taught the world about the direct relationship between energy and matter. That theory is proven daily by the power generation mechanism operating within our Sun, a conversion of matter directly into energy through the process of nuclear fusion.

Now, a team of scientists working at the Relativistic Heavy Ion Collider (RHIC), a U.S. Department of Energy Office of Science facility used for nuclear physics research at DOE’s Brookhaven National Laboratory, have reversed that process, turning light into matter and its counterpart antimatter, and all in one step.

This result, confirmed by the Solenoid Tracker at RHIC (STAR) measurement tool, reaffirms Einstein and the theoretical test laid out by physicists Gregory Breit and John A. Wheeler back in 1934.

“In their paper, Breit and Wheeler already realized this is almost impossible to do,” said Brookhaven Lab physicist Zhangbu Xu, a member of RHIC’s STAR Collaboration, in a press release announcing their results. “Lasers didn’t even exist yet! But Breit and Wheeler proposed an alternative: accelerating heavy ions. And their alternative is exactly what we are doing at RHIC.”

Background: Can We Make AntiMatter?

In that 1934 paper, the two twentieth-century physicists laid out a hypothetical test for colliding light particles as a means to create pairs of electrons and positrons, essentially particles of matter and antimatter made from light. However, as noted by Xu, the means were unavailable in 1934 to test their theory. To accomplish such a feat, researchers would need to accelerate positively charged gold ions (a naked atom of gold stripped of electrons and charged with 79 protons) at speeds approaching the speed of light, generating a magnetic field around the charged particle that is necessary for the matter generation process.

“So,” Xu continues, “when the ions are moving close to the speed of light, there are a bunch of photons surrounding the gold nucleus, traveling with it like a cloud.” In theory, he says, when the opposing ions pass close enough for their photons to interact, an electron/positron pairing occurs, essentially converting light into paired particles of antimatter and matter.

For Breit and Wheeler, conducting a test like this before scientists had even split the atom seemed impossible. But at the RHIC, where physicists regularly accelerate these types of gold “light particles” to 99.995% the speed of light, the long-awaited test was suddenly within reach.

Explaining how their experiment would work, Xu first clarified the process behind the theory and why the ions passing close enough to each other should create this physical matter. “We have two clouds of photons moving in opposite directions with enough energy and intensity that when the two ions graze past each other without colliding, those photon fields can interact.”

This interaction between the proton clouds surrounding the ions, he says, is exactly what occurred during their tests. The STAR detector found that those “matter from light” particles, as well as their antimatter counterparts, were indeed produced after the magnetic fields had “grazed” each other.

Still, the research team cautioned that this type of process can present a false signal, meaning they would have to analyze the distribution patterns of each electron relative to its partner proton just to make sure what they were seeing was real. Fortunately for Xu and his colleagues, this is a process START was ideally suited to perform.

According to that team’s results, published in the journal Physical Review Letters, their analysis confirmed, “these patterns [found by STAR] differ for pairs produced by real photon interactions versus virtual photons.”

To leave no doubt about their astonishing, if previously predicted, results, Daniel Brandenburg, a Goldhaber Fellow at Brookhaven Lab and the scientist leading the STAR data analysis effort, said that the team also measured “all the energy, mass distributions, and quantum numbers of the systems.”

“They are consistent with theory calculations for what would happen with real photons,” said Brandenberg. In short, the experiment had worked, and in just one step, the team had produced both matter and antimatter directly from light.

Outlook: Let There Be Matter!

The RHIC team concedes that they were not technically the first to prove Einstein right in their written conclusion. But, they say, the lone previous success, a 1997 experiment performed at the SLAC National Accelerator, involved numerous steps with different high-energy lasers, making it impractical. Their process, they note again, is accomplished in one step, making it a significantly more viable option, as well as irrefutable confirmation of those twentieth-century visionaries.

“Our results provide clear evidence of direct, one-step creation of matter-antimatter pairs from collisions of light as originally predicted by Breit and Wheeler,” Brandenburg concluded. “Thanks to RHIC’s high-energy heavy-ion beam and the STAR detector’s large acceptance and precision measurements, we are able to analyze all the kinematic distributions with high statistics to determine that the experimental results are indeed consistent with real photon collisions.”

And so, on that first day, the scientists said, “Let there be…matter!?” (So sacrilegious!)