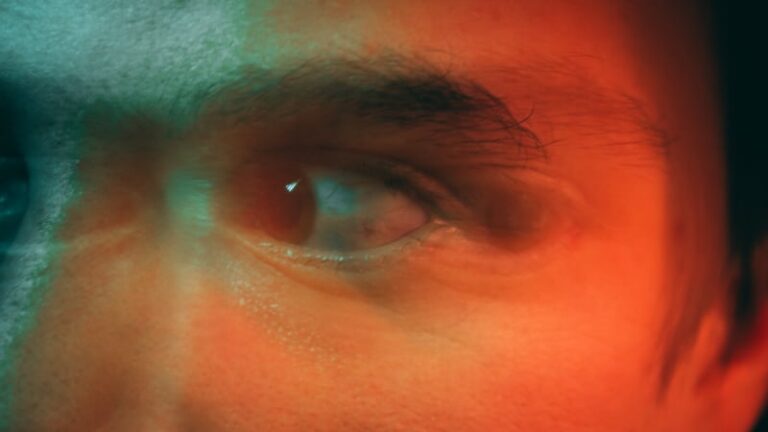 The Confessions of a High-Functioning Psychopath

As of 2021, approximately 1.2% of the general adult population is estimated to suffer from some form of psychopathy, based on data using the Hare Psychopathy Checklist-Revised (PCL-R). Statistically speaking, that means that it is almost guaranteed that many of us have met a psychopath.

In fact, you might have met hundreds of them.

When considering disorders of the mind, psychopathy is surprisingly common. It is twice as common as anorexia, bipolar disorder, and schizophrenia, and nearly as common as narcissism, bulimia, obsessive-compulsive personality disorder, and panic disorder.

Before the dawn of modern psychology, the considerable prevalence of psychopaths was largely unknown. It wasn’t until the 1980s, with the development of the aforementioned Psychopathy Checklist (PCL) by Canadian psychopathy expert Dr. Robert Hare, that those displaying psychopathic traits could effectively and accurately be diagnosed and treated.

However, while many psychopaths display anti-social and violent behaviors that tend to be problematic for those that they encounter, are feelings of fear really warranted for the rest of us?

There is an atypical group of psychopaths that exist in the greater populace. Known as high functioning psychopaths, they do not possess violent tendencies, and are in many cases highly successful, contributing members of society. They may still retain the tell-tale characteristics of a psychopath (callousness, lack of empathy, grandiosity, etc.) but they do not engage in the aggressive behavior that one may see associated with a violent psychopath.

Think Dexter Morgan, as portrayed in the hit tv-series Dexter, but with way more charm, and much less murder.

The reasoning behind this success remains a mystery. However, psychopathy experts Emily Lasko and David Chester argue that a high-functioning psychopath’s likelihood of success in life is dependent on their level of conscientiousness. If they can plan for the future, self-regulate, and make good decisions, then their psychopathic traits were, as they stated in their paper, “compensated for.”

Known as the “compensatory model of successful psychopathy”, the researchers’ model was found to be accurate after comparison was made between psychopathic adolescent offenders who reoffended and those that did not. What they discovered was that psychopaths who were high in grandiosity and manipulativeness at a younger age developed stronger inhibitory regulation when they reached adulthood.

“This exacerbated development of conscientiousness-defining traits are likely able to compensate for the heightened antisocial tendencies of these psychopathic individuals,” Lasko and Chester wrote, “bringing them into a self-regulatory balance that enables them to function in society.”

Though the results were interesting, they were somewhat limited since success in Lasko and Chester’s study hinged on whether the adolescents were repeat offenders. This also brings to mind the question of just how many high-functioning psychopaths there are, and what percentage of them may go undiagnosed?

Dr. James H. Fallon, a professor of psychiatry and human behavior and an emeritus professor in the department of anatomy & neurobiology at the University of California, Irvine, may be a high-functioning psychopath.

How does he know this? After looking over scans of his own brain, Fallon discovered that its structural pattern was extremely similar to that of the average psychopath.

As for the “high-functioning” part of the equation, his CV should explain everything.

Fallon is the author of over 300 papers and books. He has written two personal memoirs, Virga Tears: The true story of a soldier’s sojourn back to Vietnam and The Psychopath Inside: A neuroscientist’s journey into the dark side of the brain, the latter being an Amazon bestseller. Over the past 12 years, he has appeared in over 400 national and international TV and radio specials on war, dictatorships, psychopathic behavior, murder, violence, and a range of related subjects. Presently, Fallon is also the Chief Scientist with Cognigenics, a gene-editing firm that is currently developing brain enhancement technologies.

Fallon is not your typical psychopath, and as his resume helps to show, he is more than merely an accomplished and contributing member of society. Yet beneath those accomplishments, he describes a lingering darkness that has remained for many years.

Speaking with The Debrief, Fallon recently talked about both the trials of being a high-functioning psychopath, as well as being one who has managed to excel in life.

Life as a Young Psychopath

“[As a child] I was always happy and smiling. I was always with different people. I was the favorite in the family. I was sort of angelic in some respect.”

Fallon describes his childhood as many others do: enjoyable and carefree. Unlike many psychopaths, he was blessed with a loving family, supportive teachers, and many friends.

“I was quite popular. And even when people didn’t like me, they kind of liked to hang around me,” says Fallon.  “I hung out with the acting group, the nerds. I was in all the sports…skiing swimming, football, wrestling, track, and field.”

When most people imagine the tale of a budding psychopath, the ‘popular kid in high school’ probably isn’t the first story that comes to mind. However, this may be the reason why Fallon is such a peculiar case. That’s partly because the genes responsible for psychopathic behaviors tend to be expressed more in certain environments; one example being a difficult childhood.

“You may have the genes, but if you’re not abused or abandoned early in life between birth and two or three years old, then they don’t become defects,” Fallon says. Genetically, Fallon has the framework to be a more anti-social, “evil” psychopath, but he was not raised in an environment that could act on that framework. In his case, the environment was quite the opposite.

“I had a normal upbringing and a very supportive and loving family,” says Fallon.

Unfortunately, this did not mean that all his psychopathic genes failed to rear their ugly heads. As Fallon recalls, many of the people that he was closest to had noticed that something was strange about him.

“This one priest I had,” Fallon recalls, “used to call me Baal. He’s calling me the devil.”

Fallon recalls one particularly disturbing encounter, where he said the priest “told me, ‘There’s something extremely dark about you’.”

“People found me very persuasive, from the time I was young,” Fallon says. “I wasn’t thinking about being manipulative. But people would do what I wanted them to do.”

Fallon’s ability to cope with his condition is often apparent in everything from his professional work and relationships, to even his philanthropic interests.

“I have a fairly strict definition of what philanthropy is,” Fallon says, which he describes as not showing it.

“True philanthropy doesn’t show up on your tax forms.”

“What my wife and I do is we’ll find poor families anonymously, especially single mothers with kids who are impoverished, and we really lay it on for Christmas. We spend a lot of money to get them right.”

Fallon also works soup kitchens in both the United States and Europe, donates money to support the building of small homes for homeless people, and gives 10 percent of his yearly net income to charities.

“What should you do?” Fallon asks. “Do you tell people that you love them, or do you actually give them money? Since I’m wired the second way, telling people I care means nothing.”

In years past, Fallon even spent time in Africa raising money, setting up laboratories, training local technicians, and managing the logistics to bring in a smokeless stove that saved the locals from COPD (chronic obstructive pulmonary disease).

“They would burn the wood in these little huts and the huts would fill with smoke,” explains Fallon. “So, I went back and I raised the money and I got commitments to raise money, to get all the equipment and all the sources for making these stoves.”

“We then donated it and had people in the villages trained. I didn’t want any money.”

Amazingly, Fallon’s desire to help others has enabled him to rely on both his scientific background in neurobiology, as well as his unique perspective on psychopathy, during consultant work for clients that include the US Department of Defense and the Vatican.

“I worked with the Department of Defense to improve the way we fight; that is, to find soldiers who are not psychopaths or who will not be triggered into becoming sociopaths when they come back with PTSD,” says Fallon.

On one occasion, Fallon recalls meeting the Monsignor in charge of communications for the Vatican, who after inviting him to assist in consultations, also asked him to sign a copy of one of his books for the Pope’s collection. Fallon obliged, and now holds a position among other like-minded individuals as a member of the Vatican Arts and Technology Council.

What Makes a High-Functioning Psychopath Want to Contribute?

Fallon’s accomplishments are admirable, having planned futures with titans of industry, and built homes with advocates of philanthropy. Despite strategizing with military officials and consulting religious authorities, he maintains that money has never been a driving force behind his actions.

Although his work in such areas appears to convey a caring individual, when it comes to emotion and feelings of empathy towards others, Fallon admits that as a psychopath he does not have the emotional capacity that others do.

Why, then, does he sacrifice so much time and energy on others if he lacks emotional empathy?

“I want to win,” Fallon admits. “I realized that I am the enemy, I am the one to be competing against. I took it as a challenge. That’s what drives me.”

Despite the challenges imposed by his unique condition, Fallon has learned over time to adjust to the world around him in positive ways, a trend that continues today.

“I’m trying to act like a regular guy, and I have to do that every day,” Fallon says.

“People tell me that it’s working, but it’s exhausting.”

Dylan Stoll is a voracious writer and dark-science aficionado. He holds a degree in biology and has way too much time on his hands. ​The founder of Fringe Science, Dylan says he spends his days writing articles “specifically designed to freak people out in a good way.”